Spotted Lanternflies Deserve No Mercy. This Short Film Will Train You to Be Merciless. 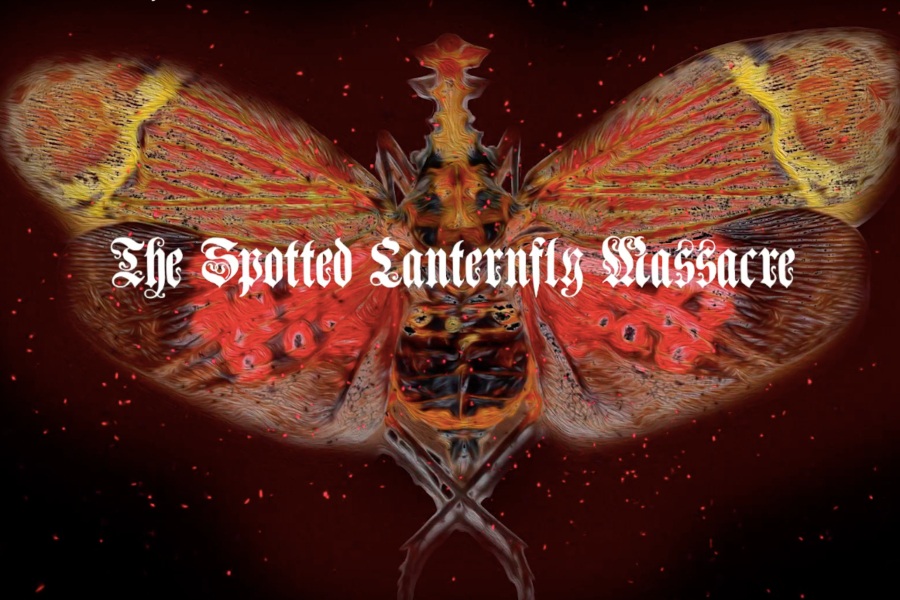 If you haven’t killed a spotted lanternfly yet, you are not a good citizen.

The invasive planthoppers are wreaking havoc across the state — including (gasp!) on Pennsylvania beer and wine production. They’ve spread from Bucks County to, very recently, the streets of Philadelphia. And while few people seemed to care about them back in 2014, when Pennsylvania agriculture experts first warned of their arrival, the masses are now very clearly out to destroy them. The bugs are like some kind of omnipresent but unwelcome party guest that everyone wants to personally see kicked out. And by kicked out, I mean murdered. In cold blood.

Such is the theme of a short horror film released on Thursday by Philly wedding and boudoir photographer Mike Allebach. The minute-long video features a gravel-voiced protagonist on a mission to massacre spotted lanternflies in Southeastern Pennsylvania.

It’s relatable. It’s perfect for Halloween. And it will really get you in the mood for a bug-killing spree.

The film, which Allebach said is “based on true events,” takes place in a “sleepy town” in Montgomery County that “suffers tragedy beyond [its] wildest nightmare.” (Make sure you listen with the volume up — the music and sound effects are just too good to miss.)

Allebach said he decided to make the video after dozens of spotted lanternflies recently bombarded his photography studio in North Wales. “They were all dying,” he said, “and then outside, we just started smashing them, and I was like, ‘What if this is a horror movie?'”

To be honest, the film — which asks “how many did you kill today?” — functions as a pretty decent PSA. Spotted lanternflies are a nightmare. The critters, which are native to China, India and Vietnam, are threatening Pennsylvania’s $18 billion grape, tree-fruit, hardwood, nursery and landscape industries. They’re a menace to our economy and ecosystem.

Allebach has tapped into a strange trend (and one that would only occur in this age of online oversharing) of posting videos and photos of dead spotted laternflies, sometimes paired with hashtags like #SeekandDestroy and #LookOutforLanternfly. One guy on Twitter recently said he killed 17 of the bugs on his way to work, singlehandedly saving the state of Pennsylvania. Meanwhile, another woman recently boasted about destroying one and leaving its body as a warning to others. I’m not sure if Halloween is getting all of us in the mood for some spooky stuff, but people sure are into murdering these bugs right now.

Me vs swarms of spotted lanternflies pic.twitter.com/ZT6kgBGOcj

The important thing is that we’ve got the green light from Pennsylvania Department of Agriculture to show no mercy, especially this month. September brings spotted lanternfly egg-laying season, which will continue into the fall and winter. (New bugs will hatch in the spring.)

If you see egg masses, which look like this, on trees or outdoor furniture, scrape them off with a card or knife. Then seal the eggs in a bag with hand sanitizer or alcohol to kill them. And make sure you watch Allebach’s video before doing so.