“It freaks me out how murder-happy we are with them,” says Candice Jeffries, who sells spotted lanternfly earrings for $28 and up. 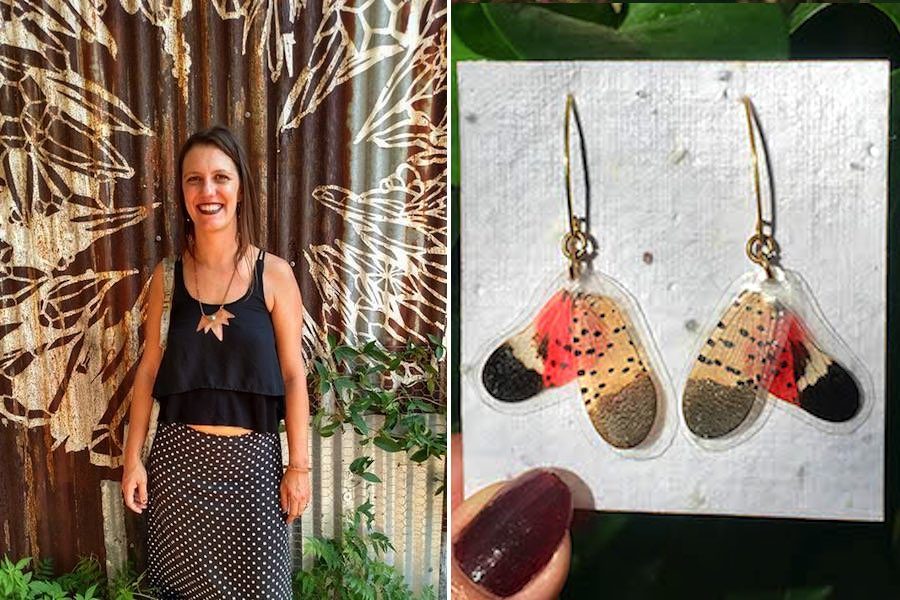 All of this spotted lanternfly killing has left us with one small problem: There are dead spotted lanternfly bodies all over the place. But one West Philadelphia woman has a solution: She’s turning the dreaded scourge into jewelry.

Candice Jeffries, a 35-year-old Cobbs Creek resident, says she knew that she had to make spotted lanternfly jewelry the first time she saw one of the bugs, which was about three years ago at the Philadelphia Folk Festival in Montgomery County.

“I had never seen anything like it before,” says Jeffries. “They’re just so beautiful. And I have the urge to make wearable art out of nature.”

Jeffries, a Temple visual anthropology grad, got her start transforming death into art after a visit to Walt Whitman’s grave at Harleigh Cemetery in Camden. Whitman is one of her favorite poets, and when she arrived at the gravesite, she found a dead fox in a grassy knoll nearby.

Jeffries decided to go back a few months later to collect the bones, and she turned the fox’s remains into art and jewelry, which she sold, thus giving birth to her aptly named small business, The Whitman Fox.

“There was one on my window, but that’s about it,” she says.

“I just squish them and then clip off their wings,” Jeffries explains. 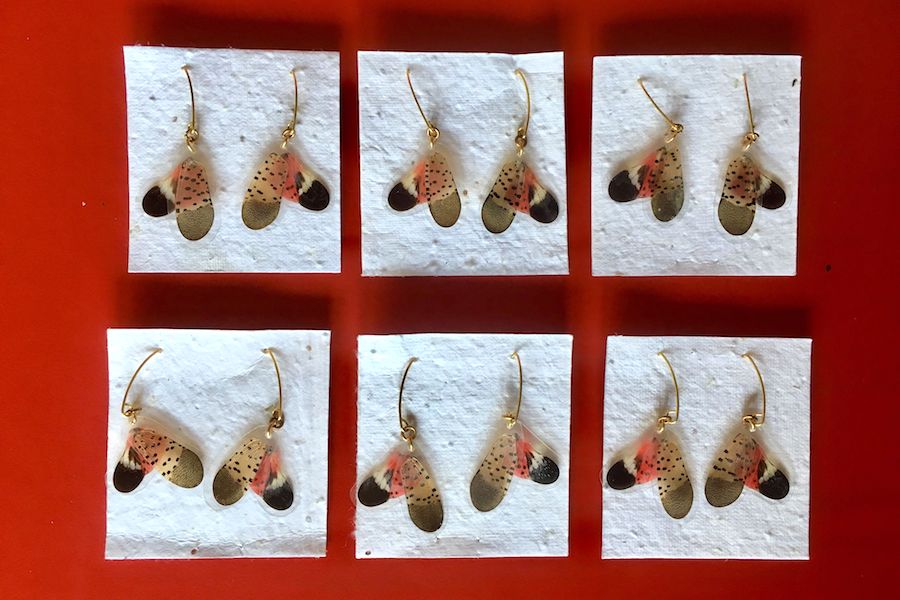 Jeffries coats the wings in a laminating material — she disposes of the bodies in the woods — and then attaches the wings to fasteners and turns them into earrings. She’s planning on experimenting with silver, resins and other materials down the road, but for now, she’s selling this current version of her spotted lanternfly earrings for $28 on Etsy. She’ll also be set up this weekend at the West Craft Fest, located in — where else? — a cemetery.

Jeffries is no spotted lanternfly apologist. As someone who works in conservancy, she understands why they need to go.

“But people are just gleefully kill-kill-kill,” she observes. “It freaks me out how murder-happy we are with them. I get why we have to kill them, but you can still have reverence for the fact that they are beautiful creatures.”