Evelyn Cintron claims she was forced into retirement after she tried to fix what she says are major disparities between Police Athletic League locations in different neighborhoods. 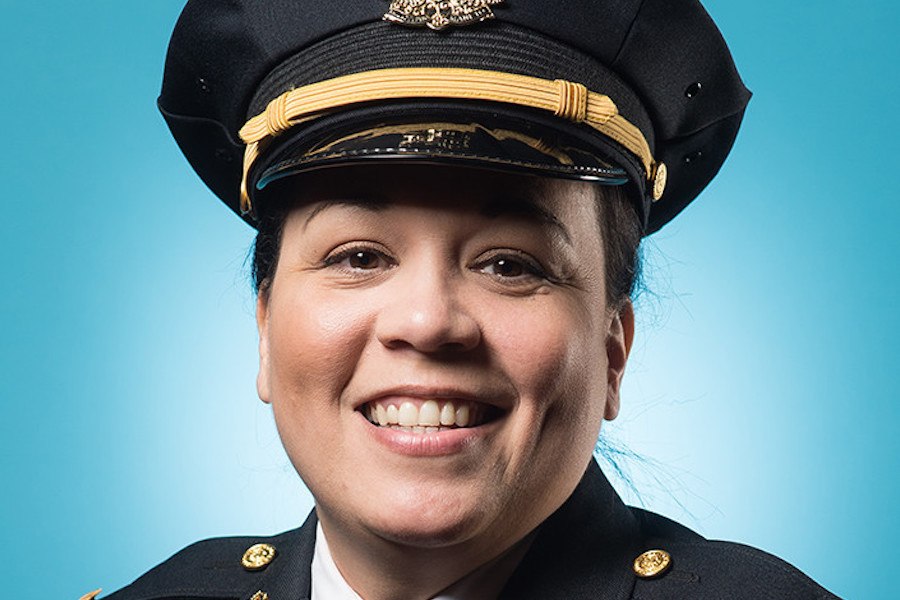 This story has been corrected.

Cintron just filed a federal lawsuit against the city and the Philadelphia Police Athletic League, the 72-year-old charitable organization that works with Philly police officers to provide much-needed recreational activities to Philadelphia children for free.

In her lawsuit, Cintron claims that while she was commanding officer of the local Police Athletic League, which has 20 locations throughout the city, she found “numerous disparities” between branches that serve predominantly white children and those that work primarily with children of color.

Retaliation, Unwanted Groping, and “Stolen” Breast Milk: The Philly Police Lawsuit, Broken Down
Why Should Philly Cops Who Made Racist Facebook Posts Get a Second Chance?
Krasner Sued by Longtime Director of Victim Services Who Says He Fired Her for Being White

The lawsuit alleges that the Philadelphia Police Athletic League branches in predominantly white neighborhoods receive an unfair share of funding and that the distribution of charitable gifts such as tickets to sporting events unfairly favors those same neighborhoods.

Cintron goes on to claim that the disparate treatment extended to employees of the Philadelphia Police Athletic League as well, alleging “the unfair treatment of minority personnel, including, but not limited to, the disparity in distribution of overtime hours between minority and white personnel.”

Additionally, Cintron alleges that she found unsafe conditions in at Police Athletic League locations that served primary children of color.

She says that her deputy commissioner “leveled false accusations about her work performance and disparaged and besmirched her reputation to third parties,” reads the complaint. It goes on to claim that he convinced other members of Police Athletic League leadership to “isolate her, exclude her from meetings, and to treat her with general hostility.”

Due to the work environment that she says existed after she voiced her concerns, Cintron claims she was forced to retire from the Philadelphia Police Department after 20 years of service.

The lawsuit argues that Cintron was subjected to this treatment because she is a Latina and accuses the defendants of discrimination and retaliation.

Philly Mag has reviewed all available financial documents pertaining to the Philadelphia Police Athletic League, but they do not show how the funds and gifts were divided between the 20 locations. We have requested further documentation.

Cintron’s lawsuit comes at a turbulent time for the Philadelphia Police Department.

In June, the department made national headlines after an advocacy group identified scores of Philly cops who had made racist, violent, or bigoted comments on social media.

Two months later, Commissioner Ross resigned amid a sexual harassment scandal playing out in the department.