Tami Levin worked in the District Attorney’s office for more than 26 years until Krasner replaced her with Movita Johnson-Harrell, a black woman who has since gone on to become a Pennsylvania state representative. 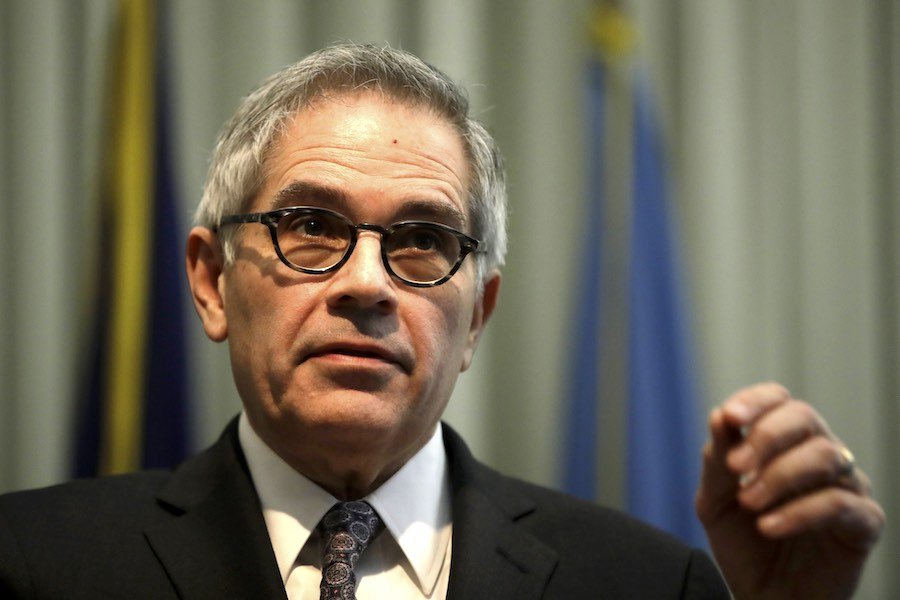 When Larry Krasner campaigned to become the district attorney of Philadelphia, he did so on a platform that amounted to turning the office on its head and completely revolutionizing the criminal justice system. And when he took office, one of Krasner’s first orders of business was to replace many employees in an effort to achieve those goals. Now, one of those fired employees — Tami Levin — is taking Krasner to court claiming that she was fired because she’s white.

Levin, 53, has filed a federal discrimination suit against Krasner personally and the City of Philadelphia after receiving a right-to-sue letter from the Equal Employment Opportunity Commission (EEOC). A source familiar with the series of firings, who asked to remain nameless, says that similar suits are expected to be filed in the coming months and weeks by fired individuals whose complaints are still in the hands of the EEOC.

According to her suit, Levin started with the district attorney’s office in 1991 and held the position of director of victim services since 1999. The suit claims that she did her job in “a highly competent manner” and that she “received positive performance feedback.”

In 2015, the Philadelphia Coalition for Victim Advocacy presented her with an award, stating that Levin “tirelessly advocates on behalf of victims and witnesses by doing all she can, including finding alternative sources of funding and implementing creative programs, to offer support to the city’s underserved victim populations.”

Alas, her career with the district attorney’s office came to an end on January 5th of last year, three days after Krasner took office. The suit states that Krasner fired her, replacing her with activist Movita Johnson-Harrell, whose son was killed in a shooting in 2011. Johnson-Harrell is black, and she has since left the district attorney’s office to become a state legislator. (Johnson-Harrell is the first Muslin woman ever elected as a state representative in Pennsylvania.) 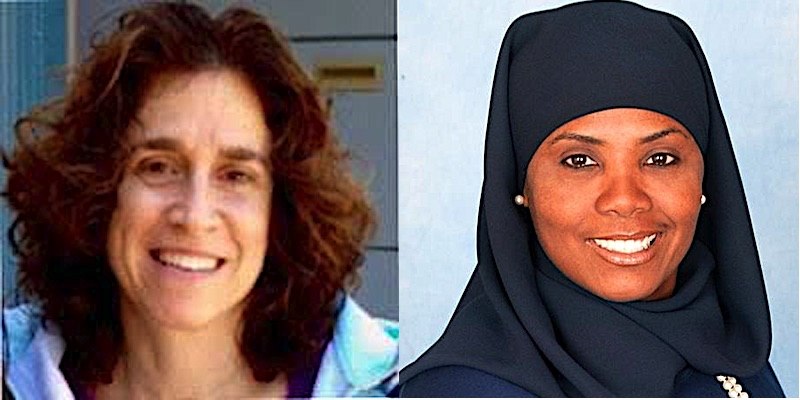 Left: Tami Levin, who says Larry Krasner fired her because she is white. (Photo via LinkedIn) | Right: Movita Johnson-Harrell, who was hired by Larry Krasner to replace Levin before she left to become a Pennsylvania state representative.

In Levin’s complaint in federal court, she maintains that Johnson-Harrell was, quite simply, less qualified for the job that Levin had spent the last 18 years in, and Levin believes that she was fired because she’s white. A spokesman for Krasner says that the office does not comment on pending litigation.

To make its case, the lawsuit points to a quote from Krasner as well as one from Philly attorney-activist Michael Coard.

In 2017, Krasner did an interview with news outlet The Intercept. The complaint quotes the following from that story, in response to a question about how Krasner would transform that office itself:

The ones who will leave will tend to be my generation, people who started in this business 30 years ago, which means they’ll also tend to be white and male. That results in more openings, opportunities for greater diversity… the office will become a tremendous magnet for new talent…

And there are a lot of just malleable, mostly younger attorneys who did what they were told, and always wanted to do the right thing, and with proper training will do the right thing. I think real cultural change is possible.

And on January 6th of 2018, the day after Levin was fired, Coard, who was brought on as part of Krasner’s transition team, posted a photo of Johnson-Harrell on his Facebook page and had the following to say, as noted in Levin’s suit:

The Emerging New Face of The DA’s Office!

No disrespect to the white male Christians who’ve dominated the supervisory roles in the DA’s Office. But a Muslim sistah, Movita Johnson Harrell, was recently named the Interim Supervisor of Victim Services.

The suit, which seeks unspecified damages, accuses Krasner and the city of violating federal law by allegedly firing her because of her race.

“Tami Levin spent 26 years as a dedicated employee of the city, providing tremendous assistance to victims of crime,” observes her lawyer, Stephen Console of Console Mattiacci Law on Locust Street. “Within days after becoming DA, Larry Krasner used his new position of power to throw Ms. Levin out of her job and deprive crime victims of her expertise and services.”