People have been falling ill left and right this winter. One of the biggest reasons: They’re neglecting — or refusing — the vaccinations that would protect them. 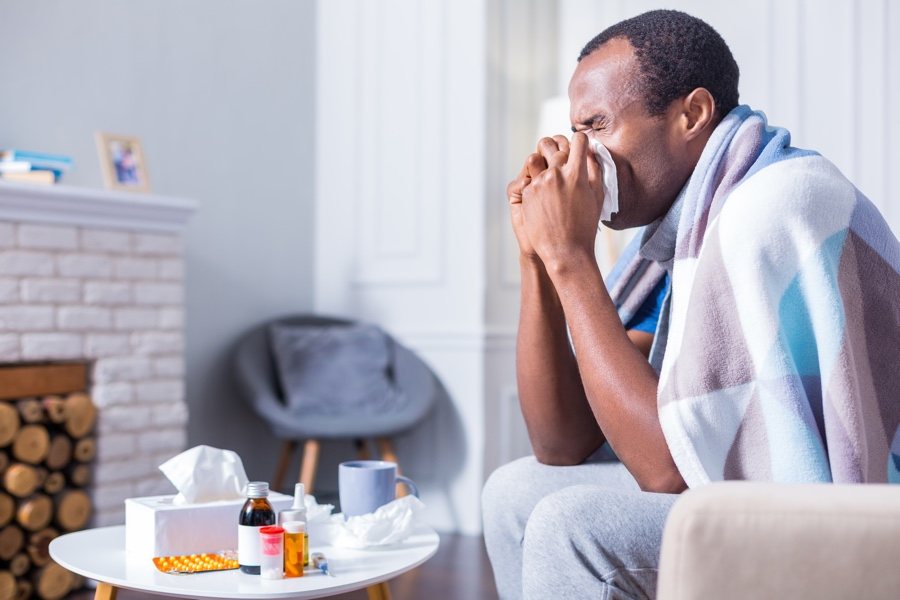 People getting sick — it’s unavoidable this time of year, part of the miserable chorus of winter’s song. Some illnesses, your run-of-the-mill colds and sinus infections, are near impossible to prevent — bummer if you catch one of those. But there have been a number of recent stories about contagious diseases — a mumps outbreak at Temple, meningitis at Rutgers, measles in New York state, not to mention annual widespread influenza cases — all of which share a common trait: They’re preventable (or at least mitigated) by vaccination.

And yet for some reason, many Americans remain awfully cavalier when it comes to vaccines. Consider flu prevention: Last year’s influenza virus was historically bad, killing some 40,000 people — 50 in Philadelphia. Despite those harrowing figures, the Centers for Disease Control reports that only 45 percent of adults nationwide have gotten vaccinated this year. Even more concerning is the fact that currently, only 57 percent of children aged six months to four years have been vaccinated, up from 49 percent this time last year. That’s especially abysmal when you consider that young children are particularly vulnerable to flu-related complications.

Part of the challenge with selling the flu vaccine to patients has to do with the fact that its effectiveness is a bit of a roulette game, thanks to the constantly modulating virus. The CDC usually vaccinates against what it thinks will be the three most prevalent strains that season, but if the agency gets that info wrong, well, then you could have a bad flu season on your hands.

That uncertainty plays into why many Americans avoid the flu vaccine altogether. Some physicians, like Temple pediatrics chair Stephen Aronoff, tend to spend less energy trying to convince patients of vaccination’s merits for the flu than they do with other diseases. “I’m going to be lot less rigorous about flu vaccine than, say, mumps, measles and rubella,” says Aronoff. “Those vaccines are much more predictable every time.”

Penn internist Mike Cirigliano says it’s almost always a losing battle when going up against a patient with anti-vax beliefs. “In my opinion it’s almost become like a religion,” he says. “You can’t win.”

The problem for doctors is that the relative ineffectiveness of the flu vaccine can end up undercutting a patient’s faith in other varieties of vaccines, too. Even though the flu and mumps are fundamentally different ailments, they’re both indicative of stubborn skepticism toward vaccination. Doctors have been fighting for years to get people vaccinated against diseases like mumps and measles, and while they’ve had broad success — almost 91 percent of American 13 to 17-year-olds have the MMR vaccine, for instance — there’s been a discomfiting trend of rising vaccine exemptions nationwide. It’s hard not to discern a link between that fact and the recent measles outbreaks across the country.

Even with the vast majority of young adults vaccinated, huge vulnerabilities exist because most of the people who opt against vaccines tend to live together together in clusters. In Lancaster County, for instance, more than 10 percent of seventh-graders (or, more likely, their parents) have declined vaccination coverage for either philosophical or religious reasons. In Philadelphia, less than 1 percent of seventh-grade students had a similar opt-out.

Temple’s recent mumps outbreak is Exhibit A of what can happen in the petri dish environment of a school. According to the university, as many as 28 people may have caught the diseases over the past couple of weeks. The CDC says that the standard two-dose mumps vaccine is only 88 percent effective — and in fact a Temple spokesperson said on Thursday that some of those individuals who got sick reported they had been vaccinated before.

Still, Temple’s outbreak is indicative of a broader public policy failure nationwide. Across the country, states have laws that allow individuals — like the 10 percent of Lancaster seventh-graders — to exempt themselves from “mandated” school vaccinations. Only three states — California, Mississippi and West Virginia — forbid any sort of religious or philosophical exemptions. In Pennsylvania, despite a 2017 law that made certain vaccines “mandatory” for schoolchildren, parents can still opt their kids out. (Philly’s school district does note that if a disease outbreak occurs, a non-vaccinated student may be excluded from school — a scenario that was just tested in a New York state court on Wednesday, when a judge upheld a similar exclusion.)

In response to the ongoing mumps outbreak, Temple has announced it will begin requiring all matriculating students to receive two doses of the MMR vaccine, along with others for chicken pox and tetanus. But that new policy remains subject to the same potential exemptions.

The mumps story at Temple is a nightmare for physicians — who feel they’re constantly swimming upstream trying to convince patients of vaccination’s merits. And each successive mumps outbreak provides a little more “evidence” that vaccines aren’t a sure thing, which gives anti-vaxxers extra ammunition. “I don’t know how to answer to it,” Cirigliano says of his anti-vax patients. “Because when you talk to people who think that it’s evil and wrong, you can’t win no matter what you say, no what studies you bring.”

Vaccination advocates can only really rest when they approach levels of inoculation nearing 100 percent. It can feel like a losing battle. “It’s one thing to not be able to treat a patient with disease where there’s no treatment,” says Temple’s Aronoff, “and something else when there’s a way to prevent the disease.”