“Families fight, but now it’s time to unite to get a win for the party,” says the candidate, who is the first black woman to receive a mayoral nod from Philly’s Republican party. 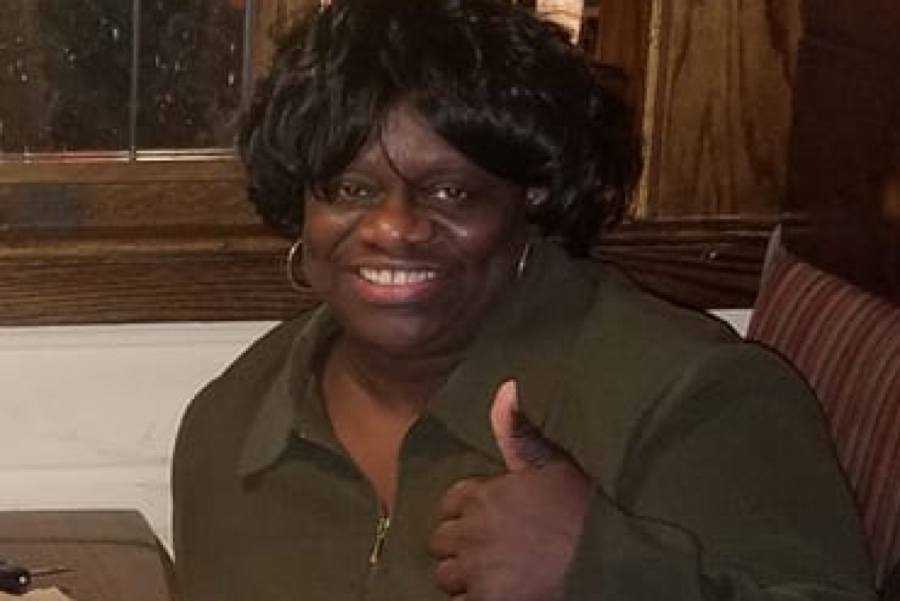 Daphne Goggins after the announcement that she still keeps the endorsement.

After making history last week as the first black woman ever to receive a mayoral endorsement from the Philadelphia Republican party, Daphne Goggins won an unexpected vote on Monday to reconsider her nomination.

“Families fight, but now it’s time to unite to get a win for the party,” Goggins said on Tuesday morning after securing a 29-18, vote with four abstentions, against a motion to reconsider the endorsement. “I am now focused on getting the necessary petition signatures to get on the ballot.”

Goggins touted her victory Monday night on Facebook, where she thanked members of the local GOP.

The call to reconsider her nomination came after speculation surrounding her capability to run for office while collecting federal disability benefits. Goggins, who has previously told the press that she has been living with fibromyalgia, now disputes claims made by the Philadelphia Inquirer that she’s been on disability since 2010 for the musculoskeletal disorder.

In an email sent to ward leaders over the weekend, Goggins threatened to sue the Republican party if it rescinded her endorsement and “anyone in or outside of the party” if they “question her legal right to seek public office.”

“I do not receive disability payments for my fibromyalgia — that is a complete lie,” Goggins told Philly Mag. “I’m not going to disclose the actual condition in question, but I can assure you that it’s not fibromyalgia.”

Goggins claims that she checked in with her disability attorney and legal team prior to declaring her mayoral bid and said that she was given the “thumbs up.” “The Republican Party has run people who are nearly blind for office … the ward leaders know that I’m capable of doing the job,” Goggins said. “Being mayor is an executive position — it’s not like I would be carrying huge equipment or boxes. I’ve been a ward leader for eight years and will no longer accept disability the moment I’m elected.”

“There was a lot of passion in the room last night, but Daphne is undoubtedly the party’s pick and that’s that on that,” said a ward leader who attended the one-hour meeting at United Republican Club in Kensington on Monday night. “Her disability wasn’t brought up at all during the meeting …. We just took a vote, and I’m happy she kept the nomination. That being said, we also discussed the importance of setting up a better vetting committee moving forward that will help provide more information for us in selecting future candidates.”

“The vote [result] was not to reconsider the endorsement, that’s the city committee’s position,” said Philadelphia Republican City Committee vice chairman Chris Vogler. “It’s now a situation where we will now have to see how petitions go.”

Signature collection for candidates running for city office begins on Tuesday and ends on Tuesday, March 12th. Although endorsed by her party, Goggins still has to collect enough signatures to get on the ballot, as does South Philly attorney Billy Ciancaglini, who still plans to challenge her.

“I wish him well. I’m not giving him any more press,” Goggins said when asked about Ciancaglini’s criticism of her on social media over the weekend. “I’m a true longtime Republican who has secured my party’s nomination for mayor, and that’s all that matters to me right now.”

Relishing in her victory, Goggins plans to share the news with her fellow conservatives at the White House on Thursday as she attends another annual Black History Month dinner hosted by the Trump administration.

“I can’t wait to go,” Goggins said. “They got the shrimp and grits.”