“I have a direct line from the White House to North Philly — Trump wants to help us,” says Republican Daphne Goggins, who has “full confidence” that she can defeat Mayor Kenney. 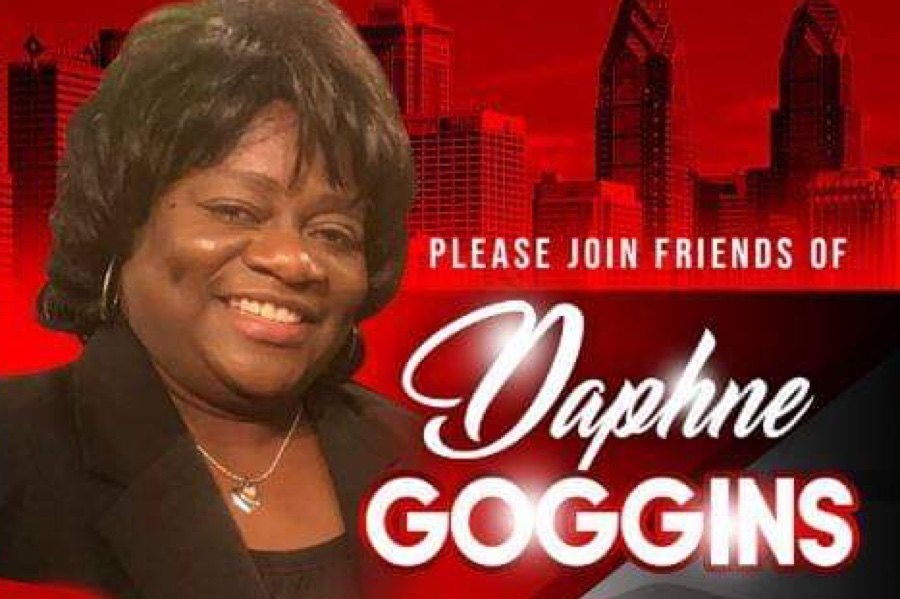 On Tuesday night, as news broke that the feds were set to indict longtime Democratic political kingpin John “Johnny Doc” Dougherty and other union officials on scores of corruption charges, Republicans were celebrating in North Philly.

“They’re finally going to lock that Dougherty bastard up,” I heard a man yell as I entered the Nix and Ray Event Venue on West Dauphin Street (connected, oddly, to a funeral home). “Looks like Kenney’s out of another dirty Dem piggy bank.”

This was my introduction to the official mayoral campaign kickoff/56th birthday party for Daphne Goggins.

Goggins is a lifelong resident of North Philly and newly elected Republican ward leader. She’s a proud Trump supporter who has even gone on CNN to defend the president after he was criticized for his response to the deadly white supremacist attack in Charlottesville in 2017.

Now Goggins is ready to take on Mayor Jim Kenney for an office she says is “long overdue for change.”

I first caught sight of her while she was in the middle of doing the cupid shuffle on the dance floor. The party was a lively mix of around 100 political influencers, community leaders, and neighborhood residents; the majority of the guests were black, some with Trump gear on, but there was a noticeable white and Latino contingent. The black DJ at the booth kept reminding people that they could “make the switch” by registering as a Republican at the front of the building. Republican ward leaders from across the city were shaking hands and whispering among themselves. 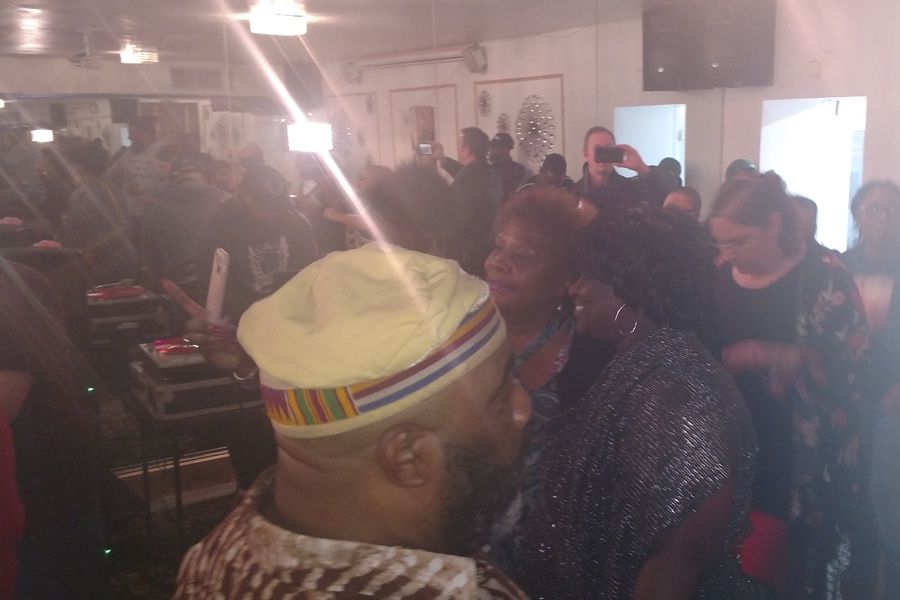 “I bet this is probably the first time you’ve ever seen this many black Republicans in one room,” a black Republican ward leader said to me when he noticed I was scoping out the party.

The ward leader, who asked not to be named, said that he thinks Goggins “doesn’t have a chance in hell” of getting the Republican nomination because “those white boys want to back one of their own.”

“Why isn’t the Republican chairman Michael Meehan here?” he asked me when I questioned why he doubted Goggins’s chances. “Meehan knows there’s no money to be made from a black woman from the ’hood – they’re gonna back her opponent Billy Ciancaglini from South Philly.”

“The chairman had another event to attend and no endorsements are being announced until the next couple of weeks,” Philadelphia Republican City Committee vice chairman Chris Vogler told me at the party. “I’m here to learn more about Daphne’s campaign. That’s about it.”

“She’s the American dream,” Goggins campaign manager David Torres said while working the room. “Daphne worked her way up from the struggles of this neighborhood to be a good example to others around her. I’m a Latino on her campaign, and look at all the diversity of the people in this room supporting her. There’s even some Democrats in here.”

“I’m a Democrat and I’m voting for Daphne because it’s not about political parties, it’s about the work,” said City Council candidate Sheila E. Armstrong. “She has and will continue to do more for black people in these neighborhoods than Kenney ever will.”

Armstrong, who is planning to run against Council president Darrell Clarke in the 5th District, says Goggins’s platform on repealing the soda tax and addressing education reform “makes her the best candidate. There are Democrats in office that don’t ever come around these communities unless there’s a press conference. I’m voting for Daphne because she’s a different kind of Republican.”

Goggins drew some unexpected guests, like social justice activist Isaac Gardner, Sr., better known as Ikey Raw. “Daphne is a black woman from the ’hood who cares about the community, so who fucking cares if she likes Trump,” Raw told me. “I’m voting for her because there needs to be a real shakeup in City Hall. She’s dead-ass about doing something.”

“Yes, I’m a Trump supporter, because I don’t believe all that they say about him,” Goggins told me when we finally had a minute to chat. “I have a direct line from the White House to North Philly — Trump wants to help us.” Goggins talked about meeting Trump in person at a private luncheon with black leaders back in 2016, then explained her platform and what signaled to her that it was “time to run.”

“Philadelphia is going downhill and someone needs to fix that,” she said. “I see a lot of issues in the black community being ignored by Democrats because they take our votes for granted. Because there is no competition in this city, black people suffer. I’ve been a Republican ever since I could vote; some of my opponents switch parties when it’s convenient. I hate abortions, I want to end sanctuary cities, I want to repeal the soda tax, and I want real ways to fight crime — I’m a real conservative.”

Shortly after, it was time for Goggins to give her formal announcement. But before that, we all had to bow our heads for the guest minster to pray — whether for our souls or for the campaign’s chances wasn’t specified. Black Republican ward leader James Williams introduced Goggins, helpfully adding that “you can hate Trump and love Daphne.”

Goggins’s own speech resembled a Philly version of a performance by one of her favorite politicians.

After roaring applause, Goggins went back to dancing — this time, to Stevie Wonder’s version of “Happy Birthday.”

It was a great cap off to an unexpectedly diverse night. Although we see the world a lot differently, I can admire that Goggins shares the same hatred for the soda tax that I do — and the same interest in seeing the city’s political system change. I left the event pondering just how many voters might possibly “hate Trump and love Daphne.”