Good thing the former mayor has a bunch of other jobs to fall back on. 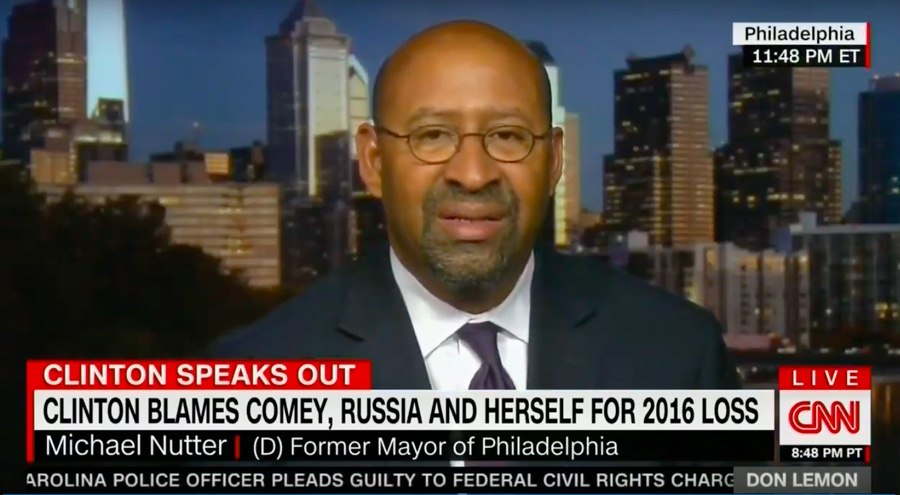 As the national news cycle grows more and more tempestuous, it seems like the big cable news channels are responding by churning through their pundits faster than ever. So perhaps it’s not a shock to hear that, according to the Hollywood Reporter, former Philadelphia mayor Michael Nutter will not be returning to CNN.

Nutter was first hired by the network in 2016 — roughly two centuries ago in cable news time — so it’s possible that it was simply time for a change. (Nutter did not respond to an email seeking comment.) And don’t feel too bad for him — he still has many, many, many other jobs that will surely occupy his time.

Nutter did have some good moments at the network, including one clip from December 2017 in which he called President Trump a “sociopathic liar.”

But even there, Nutter was his usual calm, cerebral self. In other words, the exact opposite of the firebrand commentator that networks like CNN usually chase. (It says something that despite Nutter’s three years at CNN, there are only a few easily accessible clips of the former mayor on the network’s YouTube channel.)

Nutter was perhaps better suited to a different era of cable news. Even when he was still at CNN, he didn’t garner as much attention as other pundits. And in cable news, anonymity is a fate worse than death.

What ever happened to Michael Nutter?

Nutter’s not the only talking head with ties to Philly to have parted ways with CNN recently. Temple professor and author Marc Lamont Hill was fired in November after giving a speech at the United Nations that some critics called anti-Semitic. (If you’re so inclined, you can still get your Philly fix from CNN thanks to Jake Tapper and Michael Smerconish.)