Where Did All The Jobs Go? Michael Nutter Took Them!

Former Philadelphia mayor Michael Nutter currently has 19 jobs — that we know of. 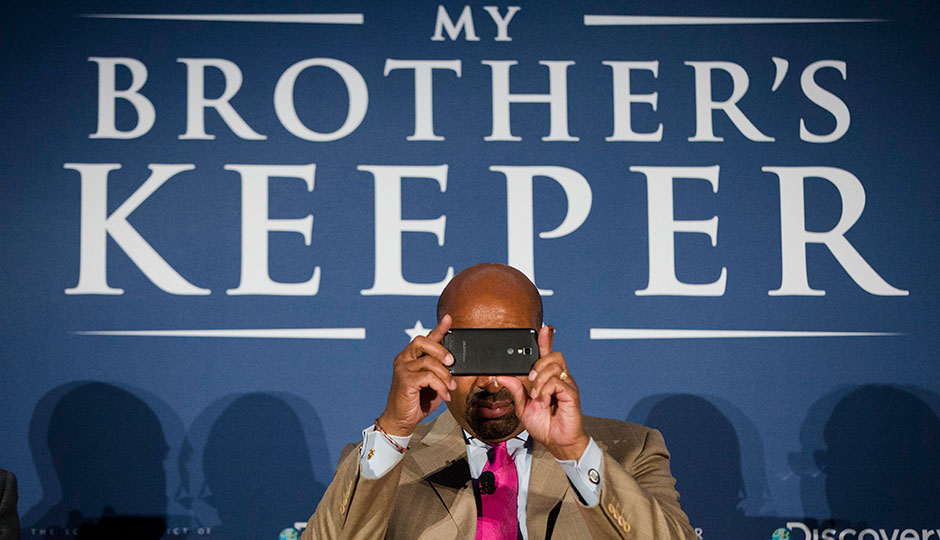 Michael Nutter in May 2015, when he was still mayor and didn’t have quite so many jobs. | Photo: Matt Rourke/Associated Press

Nutter was in a feud with his predecessor as mayor of Philadelphia, John Street, late last year. Nutter sent an email to the Inquirer blasting Street (after Street sent the first email volley). In it, his hilariously long email signature revealed he had no fewer than five jobs:

I assume he’s fixed that typo of Columbia University since then.

Sure, none of these are full-time job, though he does have to write opinion pieces shilling for Airbnb. But Nutter has just kept collecting more!

I went to Michael Nutter’s website to see if he’d added any other titles. He has! Man Utter dot com notes that Nutter is also an advisor for Ekistic Ventures, a Conduent Corporation board member, and a fellow at three different institutions (What Works Cities/Bloomberg Philanthropies, the Chicago Council on Global Affairs, and the Brookings Institution).

Philly.com’s Emily Babay, who has been keeping a running tally on Nutter’s many jobs, notes Nutter is also a board member at City Trusts of Philadelphia. That adds up to 19 jobs for Michael Nutter — that we know of. (Babay also notes that notes that at least one of these positions, the one at DHS, is unpaid.)

What can we learn from this? The secret to success in the job market is to be mayor of one of the largest cities in the country for eight years. Once you leave office, the job offers will start rolling in.