Stuck in the Middle With Michael Smerconish

In his new book, the Villanova-based Inquirer columnist (and SiriusXM/CNN pundit) revisits his greatest hits — and misses. 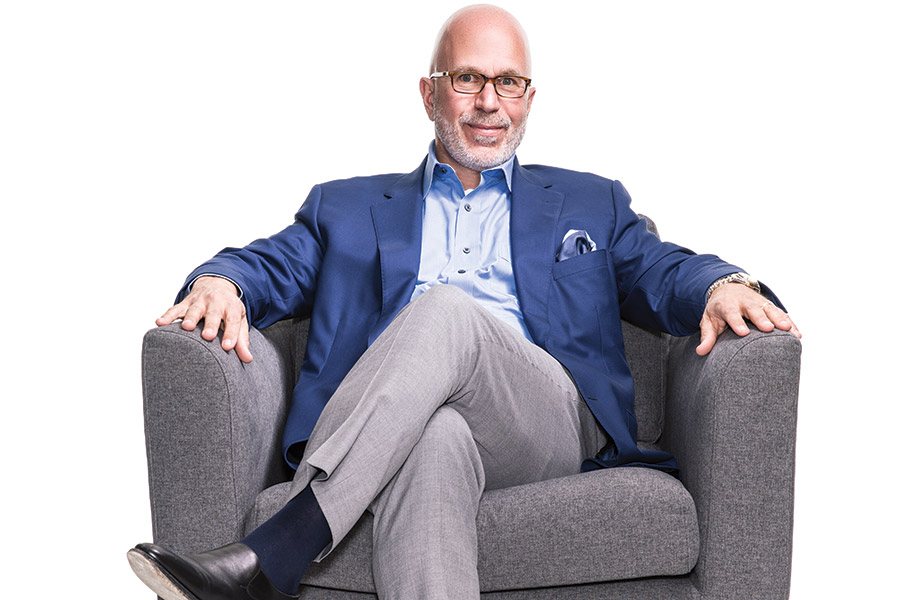 In a country that feels more virulently partisan than ever, you’ve staked out a position as an independent. Ever feel like a man without a country?
I actually feel representative of the majority. The only people I meet who — how do I say this? — see the world entirely through liberal or conservative lenses are the talk-radio and TV hosts with whom I sometimes rub shoulders. In my very normal life in the Philadelphia suburbs, the people I meet are liberal on some things, usually social issues, conservative on some things, usually economic issues, and there’s a whole host of things they don’t have figured out. That is the typical American.

Pundits aren’t known for reviewing their work through the unforgiving lens of hindsight. Yet you do exactly that in your new book. Why?
Because my views have changed on many things I’ve written about. I think I’m typical of people whose views change. What makes me different are the 1,047 columns I wrote in 15 years. The guy across the cafe, his views may have changed, but there’s no breadcrumb trail. So I selected some columns I wish I hadn’t written to begin with and others where I’m proud of the way I called something.

What were some prescient columns?
I called bullshit on the Duke lacrosse case — day one. In 2011, I said Chris Christie needs to run for president now or he will burn out. I never knew there was going to be a Bridgegate, but that’s another instance. Go ahead [laughs], ask your follow-up.

How about a column where you thought, “I got that really wrong”?
I entertained a woman with a conspiracy theory after the bombing in Oklahoma City. Christ, for a while she had me convinced that McVeigh and Nichols had Iraqi support. I like that I was slightly ahead of the curve in being welcoming of same-sex marriage, but I was bummed when I reread that column and saw that I stopped short of using the word “marriage.” I look back and regret it. And I never saw Donald Trump pulling this off.

You famously left the GOP in 2010. Has the party gotten more extreme, or have you gotten more liberal?
Both. Before I undertook this project, I would’ve said I’ve changed less and the party is no longer anywhere near what I joined in 1980. But when I reread more than a thousand of my columns, there’s no doubt about it — there were also a number of changes in my outlook on a variety of issues.

One thing you haven’t changed on is where the Rizzo statue belongs.
I think outside the Municipal Services Building is a good location for him. He was very service-oriented. But if you move the Rizzo statue … Wilson Goode was the city’s first African-American mayor. He deserves a statue, in my opinion. But where is that going to go? And are people going to relitigate MOVE? At a certain point, there won’t be statues for anybody, which I think would be a mistake.

You’re a Sixers fan. Where do you stand on “the Process”?
It worked. But was it worth it? It should be good for two to three titles, I would think, to be worthwhile.

Who will win the presidency in 2020?
Bet against what I say [laughs], because I was so wrong last time, but you have to favor the incumbent. But I do want to say this: I’m not convinced he’s running for reelection.

Published as “Stuck in the Middle with Smerconish” in the June 2018 issue of Philadelphia magazine.