Vital — and some completely meaningless — facts and figures about Philly's favorite convenience store. 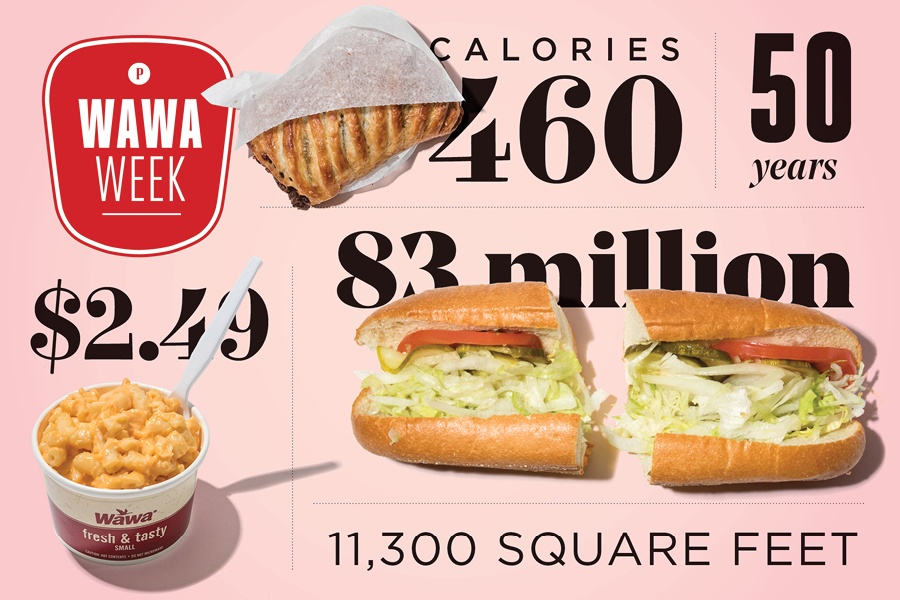 From the amount of sodium (yikes!) in a Wawa Italian hoagie to the year that the chain debuted the Rendelli, we’ve gathered all of the facts and figures about Wawa that you could possibly need to satisfy your appetite for trivial Wawa details. You’re welcome.

Number of Wawas in the United States, including the new one that opened today at 6th and Chestnut Streets.

Number of Wawas in Florida, where the chain has become a big hit since its first store opened there in Orlando in 2012.

Number of Wawas in Pennsylvania selling beer. The lucky customers of the Wawa at 721 Naamans Creek Road in Chadds Ford can pick up their favorite brew with their turkey Shorti.

The number of years its been since the first Wawa opened in New Jersey.

Tons of free turkey and Italian hoagies that Wawa handed out at Welcome America this year.

Year that Ed Rendell proclaimed the Wawa hoagie the official sandwich of Philadelphia. Shockingly, no contracts were taken out on his life by the owners of Pat’s and Geno’s. 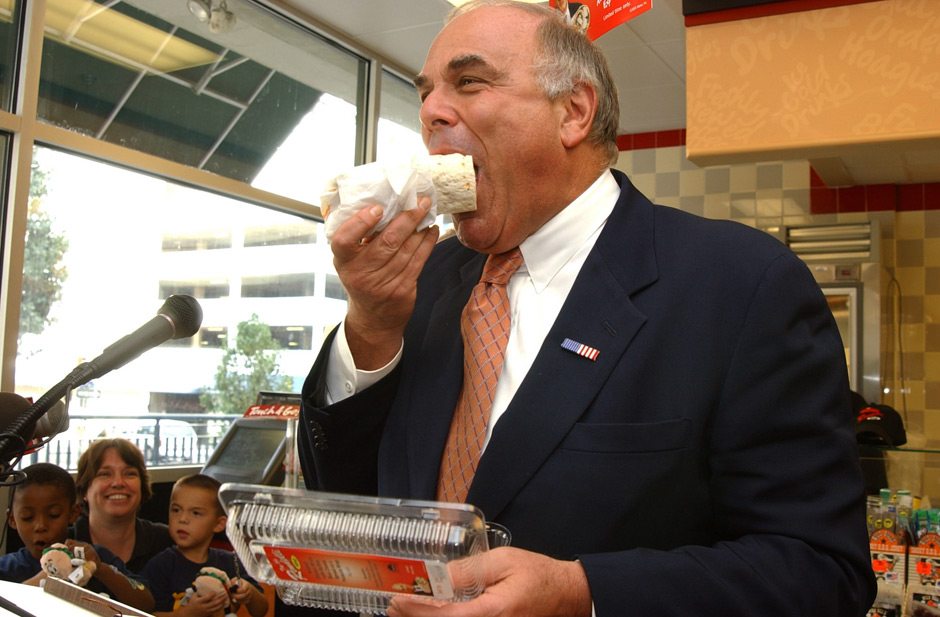 Year that Wawa debuted a limited-edition sandwich dedicated to Rendell, the Rendelli, which consisted of buffalo chicken and blue cheese in a wrap.

Ranking for Wawa in a Market Force survey of sandwich chains in the United States — the first convenience store to ever land in that position. Wawa beat out Jimmy John’s, Subway and Panera, though it’s worth noting that you cannot eat the bowl at Wawa. So there’s that.

Number of years that a group of New Jersey friends has been celebrating Thanksgiving with Wawa Gobblers.

The number of calories in a Wawa chocolate croissant.

Milligrams of sodium in an Italian Classic with the normal toppings, about 155% of the daily recommended allowance. (So skip the Herr’s Kettle Chips maybe?).

Average annual income for a Wawa general manager, according to Glassdoor.

Number of years that it took Wawa to switch from 24 hours a day service to a schedule of 5am to 11pm at the controversial Wawa at Broad and Walnut. The change came quickly after two stabbings at that location.

Number of members of the company’s “I Love Wawa” MySpace page in 2006.

Value of a winning scratch-off lottery ticket sold at a Pennsylvania Wawa in June.

Year that Wawa stopped selling Taco Bell burritos after realizing it wasn’t a great idea. The company launched the program in 1994.

Worth of the Wawa-owning Wood family, according to a 2015 Forbes estimate, about $600 million less than the Wood family’s arch-nemesis, the Sheetz family.

Number of YouTube views of the February 2018 SNL skit where Tina Fey showed up to the Revolutionary War with Wawa hoagies, cementing her position in society as our favorite hoagie-mouthed Delco gal.

The cost of a small side of Wawa mac ‘n’ cheese.

Amount in annual revenue that Wawa needs to bring in to catch up to sucky 7-Eleven.

Figure Wawa agreed to payout in April to settle a class action lawsuit filed by workers over employee stock ownership.

Year this magazine gave Wawa a Best of Philly award for its coffee.

Number of young women from West Chester who visited every Wawa that was in existence in 2011 as a fundraising stunt for the Melanoma International Foundation.

Grams of protein in a Wawa roasted veggie burritto bowl.

Buy-it-now price on Ebay for a vintage Wawa worker’s uniform from the 1970s.

Year that the New York Times first mentioned Wawa. The story was in reference to a major shoplifting trend in Princeton, where a Wawa store manager told the newspaper that they lost about $3,000 each month due to theft.

Donations Wawa’s political action committee made to Republican Scott Wagner in the recent Pennsylvania gubernatorial race, leading to some liberals to call for a boycott. The PAC also gave $10,000 to the eventual winner, incumbent Tom Wolf.