We chat with the local out theater director about Warplay, his queer twist on a classic Greek tale. 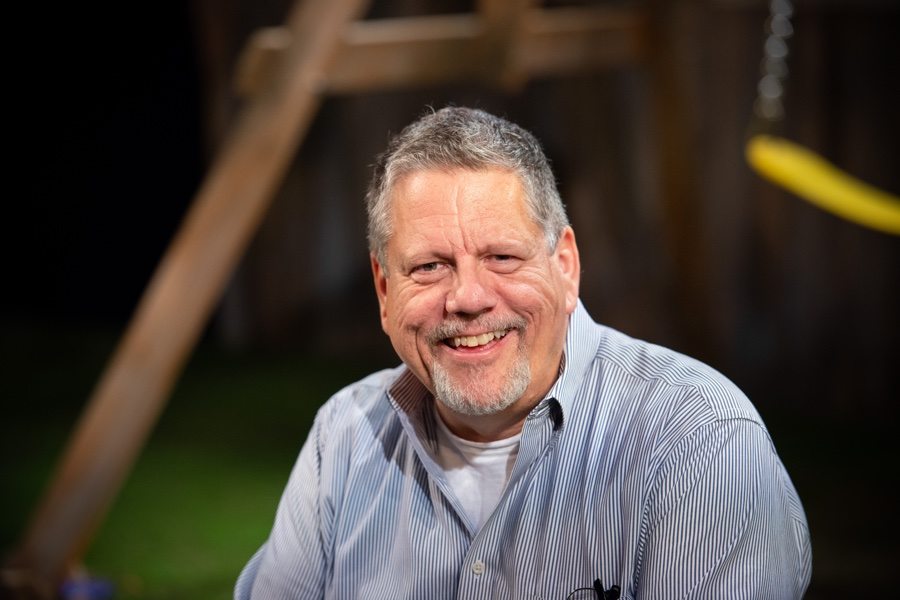 Kevin Glaccum is the producing artistic director of Azuka Theatre Company. We chat with the local out theater leader on his passion for the stage and directing Warplay, a queer twist on a classic Greek play.

Tell us a little bit about yourself.
I’ve been a member of Azuka Theatre since I’ve created the role of Guillaume in the company’s inaugural production of La Rue des Faux. For Azuka, I’ve directed productions of Whisky Neat, Greek Active, Kid Simple, and Hedwig and the Angry Inch, for which I received a Barrymore nomination for Best Director of a Musical. I’m an adjunct professor at Arcadia University, a member of Lincoln Center’s Directors Lab, and on the board of directors of Theatre Philadelphia.

What made you choose theater as a profession?
I got a degree in film studies from Temple University, because the cinema was my first love. I’d always liked theater, but it was my semester abroad in London where I truly fell in love with it. There’s nothing like experiencing a story with an audience and the actors all in the same space. It’s magical … and I was hooked!

What interested you in directing Warplay?
I’m a bit of a history geek, so the connection to the Iliad and the Trojan War captured my imagination. Warplay tells the story of Achilles and Patroclus as lovers — that’s frequently hinted at in the ancient texts but usually not stated outright, and I loved that JC [Lee, the play’s author] put that right out there. I’d never really directed a gay romance, so I liked the idea of working on that.

But I really loved what the play has to say about what it means to be a man. Both of these characters question who they are in relationship to the traditional view of a man — strong and stoic and a little violent. They both feel trapped by that stereotype and even question why it exists, and I think that’s something men should be looking at today. The #MeToo movement didn’t come out of nowhere — it’s a response to men’s behavior, and it’s about time men started taking responsibility for their actions.

With the country focused on #MeToo and other female empowerment themes, what made Azuka intentionally choose to center men with this production and others this season?
The season being “about” men was purely coincidental. We basically pick plays that we like and that fit our mission, and after we pick them we look for a through line for the season. I think , as I stated earlier, #MeToo didn’t start in a vacuum …it’s a response to men’s behavior, so looking at the roots of that behavior, how we view men in this society and how we need to change how we view men in this society, falls in line with the work women have been doing to raise awareness.

What’s your best advice for aspiring LGBTQ thespians?
Just be yourself. We’re at such an amazing time in history, where LGBTQ stories are becoming so much more mainstream, that the opportunity to be heard feels greater than at any time in my memory. The slogan “not about us without us” isn’t just lip service. More and more producers and directors are becoming conscious that our population needs to be better represented on stage, so you should view your identity as a positive and not a drawback.