Looking for an Official Gritty Costume? Here’s Why You’re Not Finding One

We know: The Flyers mascot is in very high demand (and so do Halloween costume manufacturers). 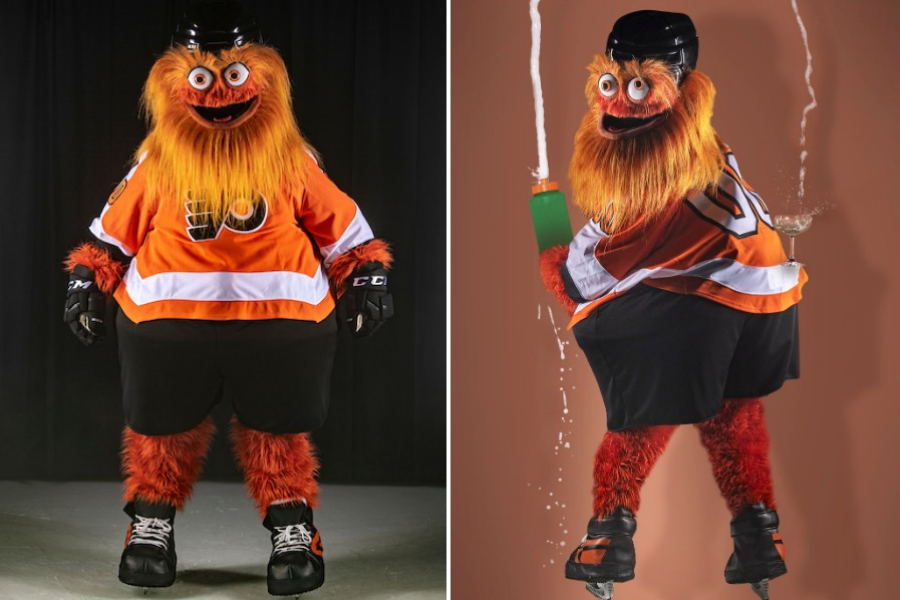 Looking for an official Gritty costume? You might be out of luck this Halloween. | Photos via the Philadelphia Flyers

We’re willing to bet that at least half of Philadelphia (maybe three-quarters) wants to dress in a Gritty costume this Halloween.

Why wouldn’t you? With his unsettling googly eyes, luscious orange fur (which could keep you warm), and total party attitude, Gritty presents an ideal getup for this October 31st.

Accordingly, the internet is dying to know: Where is the official Gritty costume?

Hi @NHLFlyers do you know where I can buy a @GrittyNHL Halloween Costume? Thanks

Why can’t I find a #Gritty Halloween costume for my kid? pic.twitter.com/kYmEHtyCVo

The answer? An official Gritty costume is not available (yet). But that’s not because stores don’t want to stock it.

At least one local costume producer — Rasta Imposta in Runnemede, New Jersey — has noticed that Gritty demand is high. Robert Berman, who owns the business with his wife, Tina, said he’s been in touch with the Flyers’ marketing team and plans to present some Gritty costume concepts as soon as possible.

Nothing is set in stone yet, he stressed: They’re just exploring the possibility of a partnership. The Flyers didn’t immediately respond to an inquiry regarding the talks or a potential Gritty costume for Halloween.

Either way, Berman said that even if the Flyers were to approve a Gritty costume, it wouldn’t be ready in time for this Halloween. He blamed timing and production schedule: Gritty came into this world less than a month ago, after all. How were we supposed to know the city would be so changed — and that everyone would want to dress like him for Halloween?

just another failure of capitalism

Anyway, if you’re looking for another getup that’s loved by all of Philadelphia, you’ll probably still find it at Rasta Imposta: The shop is the exclusive manufacturer of the Philly Parade Costume — you know, the look that Jason Kelce sported for his one-of-a-kind Philly speech.

The store was successful in partnering with the original Mummers suit designer, James May, for that one. And Berman says they’ve been really popular. (The full look sells for $125.) 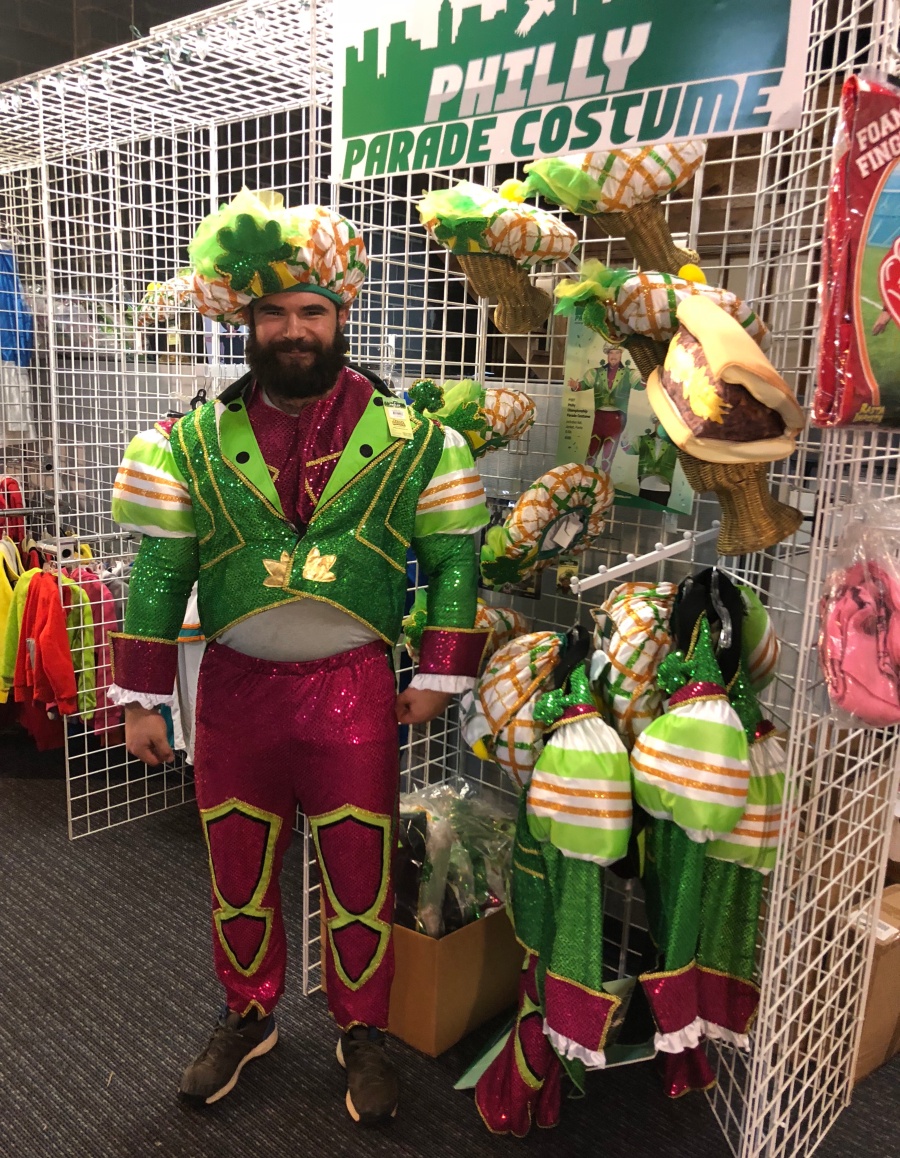 That’s not actually Jason Kelce in the costume — though it sure looks like it. | Photo courtesy of Robert Berman

Still, you’ll probably have to wait for next year for official Gritty Halloween costumes. But that doesn’t mean you can’t make your own.

Chances are we’ll see plenty of Gritty-inspired looks this October 31st. In fact, there are already dogs, babies and seven-year-olds dressed as Gritty, as well as Gritty T-shirts and window decor. They might not be official, but they’re still beautiful. Especially the dogs.

⁦@GrittyNHL⁩ you know you’ve made the big time when you’re a dog Halloween costume pic.twitter.com/KxZK1vRFDt

There are probably going to be plenty of “sexy” Gritty outfits as well — though we maintain that regular Gritty is sexy Gritty.

what should i be for halloween & don’t say “sexy gritty” because that would make a mockery of my boyfriend, gritty, who is already very sexy

we all dress as gritty

and then after halloween