Who’s Got the Worst Mascot: The Flyers or the Please Touch Museum?

The Flyers just introduced us to Gritty, a hairy, orange, googly-eyed beast. It’s the stuff of nightmares — and not the only mascot mistake Philly has made recently. 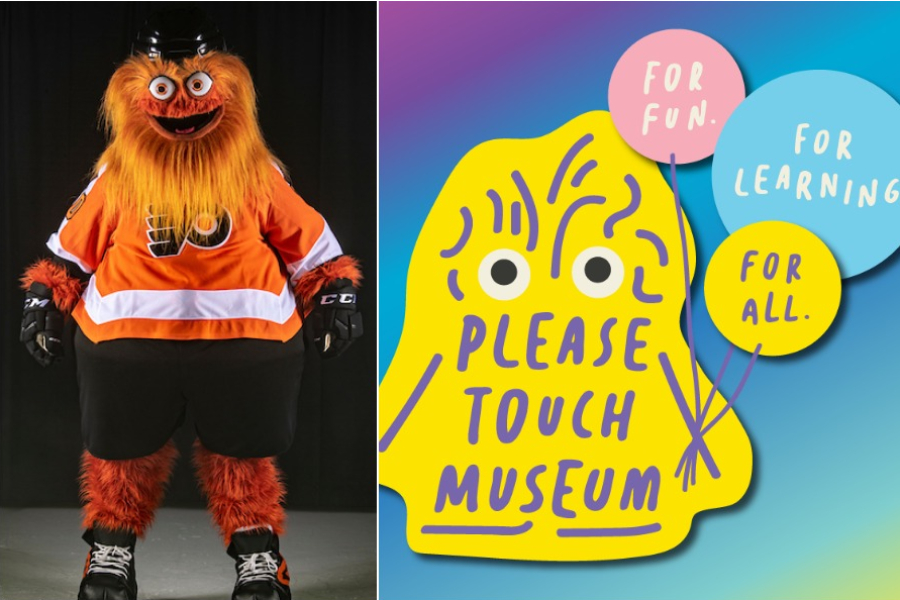 When the Flyers unveiled their new mascot on Monday morning, Philadelphia collectively shrieked — and for most of us, these were yelps of terror.

Join us in welcoming the newest member of the #Flyers Family, @GrittyNHL!!

Philly, meet Gritty: an unkempt, creamsicle-colored gaping- and googly-eyed beast, who, by the looks of it, has seen some shit.

According to the team’s website, Gritty has some “bully” tendencies, can blow smoke out of his ears (hmm …), and, like most Philadelphians, has “oddities that are both humorous and strange.” Apparently he inhabited a “secret hideout” at the Wells Fargo Center for far longer than we’d like to imagine — but recent construction has disturbed his lair and forced him to show his face.

When I first saw Gritty, I struggled to realize why, exactly, he looked sort of familiar. Alas, I recently (and now regrettably) worked up the courage to watch the Babadook for the first time.

Meanwhile the @NHLFlyers went ahead and basically hired The Babadook as their new mascot… #Gritty #Flyers pic.twitter.com/esDPxjsQfm

The posture. Those eyes. That grin.

Anyway, we’d say Gritty classifies as one of the oddest and most unsettling creatures ever invented — but he actually fits right in among Philly mascots, which are decidedly strange.

To prove our point, we’d like to compare Gritty to Phang, the new Philadelphia Union mascot, which is a snake with arms and legs, as well as the new mascot of the Please Touch Museum.

For those of you who haven’t seen that, behold:

We aren’t sure which mascot is the worst, really. Philly has a way of embracing the weird, so maybe we’ll come to love all three. Phang is kind of growing on us. But Gritty and the Please Touch creature? Nope. The city is proving to have a rough track record when it comes to mascots. (I mean, let’s not even get into the Phanatic.)

Anyway, enjoy some good ol’ backlash to Gritty via this fresh deluge of tweets on Monday.

a snake with legs doesnt look so bad now

who voted for this thing

Gritty is the Phanatic’s cousin from Delco

TFW you're the most terrifying mascot in the NHL pic.twitter.com/0IGCu00N82

can't wait to see this at games, i don't like sleep anyway. pic.twitter.com/X0MZ6DJ3wN

If this thing tries to touch me, I’m launching a beer at its head