It took three tries for the suspect to actually cause some damage at the Ori Feibush establishment. 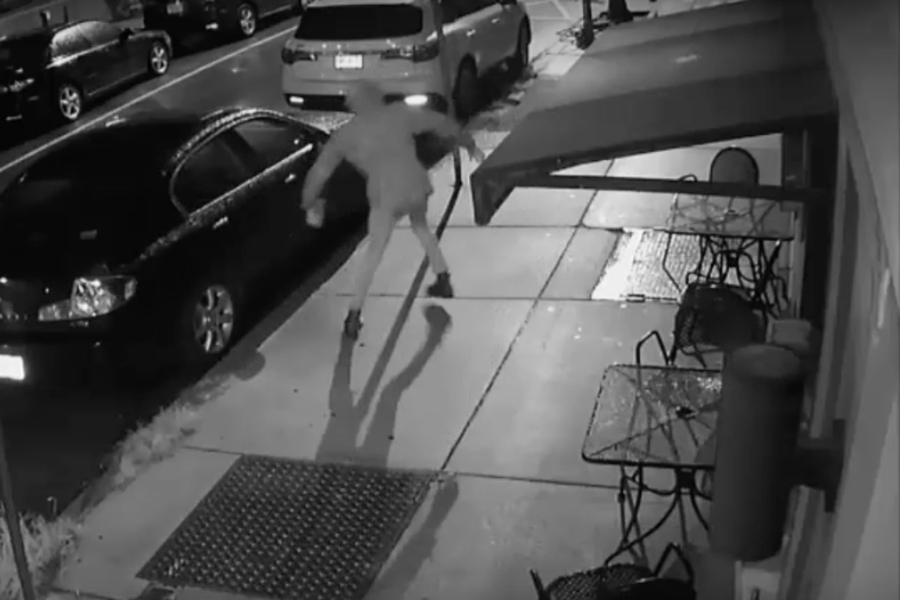 In the case of this Graduate Hospital vandalism, the third time’s the charm.

A person was caught on surveillance footage lobbing a brick at the neighborhood OCF Coffee House not once, not twice, but three times before the brick finally went through the window of the building.

Police say the incident occurred around 2 a.m. on September 24th, at the OCF located at 1745 South Street.

OCF Coffee is owned by Philly developer (and former City Council candidate) Ori Feibush, who is seen by many as one of the city’s most prominent “gentrifiers.” Feibush is no stranger to vandalism, of course: His buildings have been targeted numerous times in the past, including in 2013, when someone threw a brick at his Point Breeze-located OCF (that incident was also caught on camera). His properties have also been targeted for arson. And apparently he once found a dead dog on his steps.

Feibush told 6ABC what he thinks of the suspect (or suspects, per his statement): “White wealthy kids from the suburbs who thought our customers would appreciate some al fresco dining.”