Because of Course Gritty Was On Jimmy Fallon Last Night

From non-existence to a national audience in four days. Not bad, Gritty. Not bad at all. 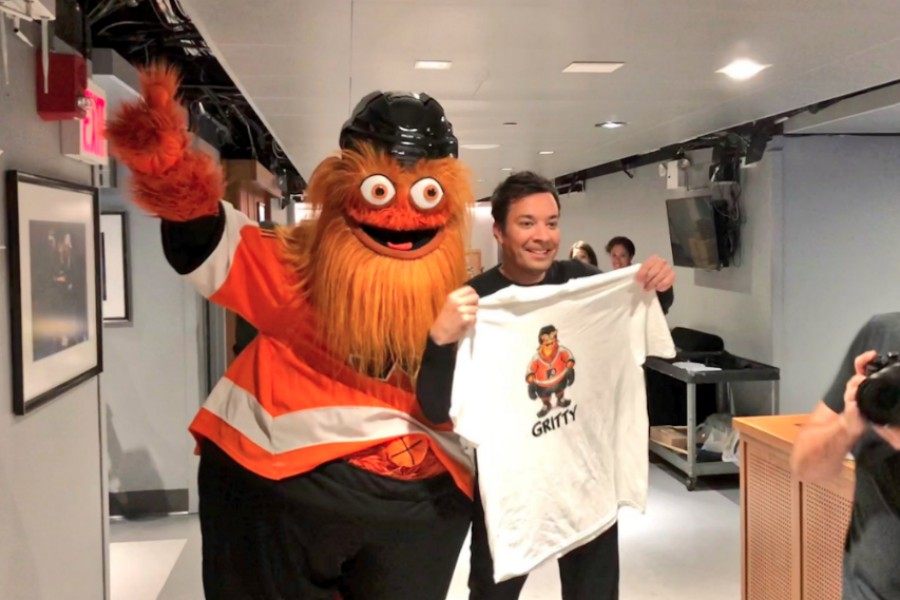 We know, we know. We’ve written a lot about Gritty since his debut on Monday. (This is actually our fourth Gritty-related piece, if you’re counting.)

But who can resist! Gritty is the maniac mascot we never knew we needed. He’s everything you love and everything you hate. He is, in some ways, the man in the mirror.

So we have unapologetically written another Gritty piece — this time because the creature was featured on The Tonight Show with Jimmy Fallon, and that warrants coverage. Only four days after his unofficial birth, Gritty has garnered a national (international?) following. And that’s worth something.

Without further adieu, we present Gritty’s brief but memorable appearance.

Because of Course Gritty Was On Jimmy Fallon Last Night