Jeb Bush to Teach in Special Role at Penn This Year

He'll serve the university as a Presidential Professor of Practice — the same title that Joe Biden took last year. 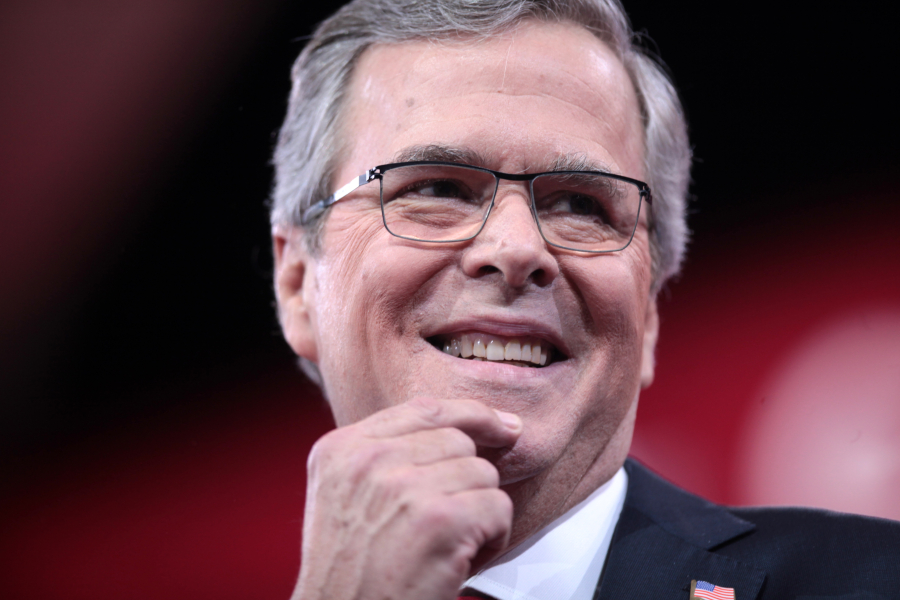 Jeb Bush will teach at Penn this year. | Photo by Gage Skidmore via Creative Commons

Don’t be surprised if you see Jeb Bush walking around Philadelphia this year.

Bush has been named a non-resident Presidential Professor of Practice for Penn’s 2018–19 academic year. According to Penn, the role “brings to campus eminent practitioners in public affairs whose unique experiences and diverse perspectives enrich Penn’s mission and culture.”

As a Presidential Professor of Practice, Bush will participate in classes, lectures, and campus events, as well as major Penn functions. He won’t be at the school all the time — just one to two days per month. (He’ll still live in Miami, of course.) The title is the same one that former Vice President Joe Biden stepped into at Penn in 2017.

“As the 43rd governor of Florida from 1999 through 2007, Governor Bush championed policies to stimulate economic growth and create jobs, lower government spending, transform education, and dramatically expand conservation of the Everglades,” Gutmann said. “Governor Bush will enrich our campus with the passion and expertise he brings to timely and important conversations.”

Excited to spend the coming year with @Penn students and the @Penn community! https://t.co/4MjPry7Z45

Bush’s main affiliation will be with the 2017-founded Andrea Mitchell Center for the Study of Democracy in the School of Arts and Sciences, which aims to increase open dialogue and understanding of current political issues and democracy. The building is located in the new Ronald O. Perelman Center for Political Science and Economics.

In a statement, Bush thanked the university for the opportunity and called Penn “one of the finest academic institutions in America.”

“At a time when our politics and culture can be polarizing and coarse, there is a tremendous need to foster civil discourse on the most pressing challenges and opportunities facing our country,” Bush said. “I look forward to engaging with Penn students and faculty on a range of public policy issues in the months to come.”

Bush has previous ties to Penn and Philadelphia. In February, he spoke as a panelist at a university forum concerning immigration policy, and he’s previously served as chair of the Board of Trustees at the National Constitution Center. (Biden succeeded him in that role in 2017.)