The beer brand said it has another “surprise” for the city, and it looks an awful lot like a sculpture of the Eagles coach. 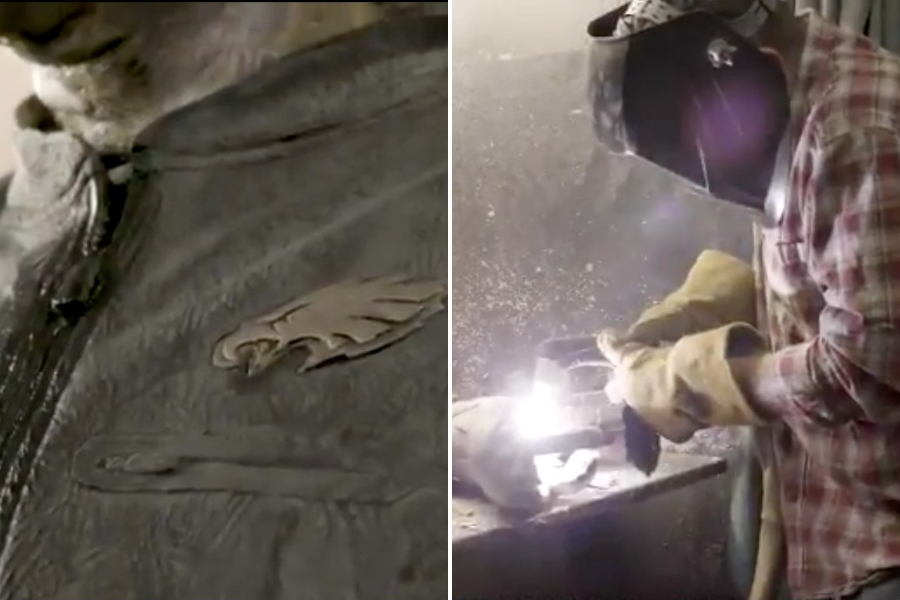 That sure looks like a Doug Pederson statue to us. | Photos via Bud Light/Twitter

Weeks after Bud Light’s parent company, Anheuser-Busch InBev, produced 20,418 commemorative Bud Light “Philly Philly” packs (an homage to the date of the Eagle’s first Super Bowl win, of course), the company appears to be working on another treat for Philadelphia.

Bud Light posted a rather suspicious (and exciting) tweet on Thursday. By all indications, it’s a video of welders creating what appears to be a Doug Pederson statue. And it reads: “Eagles fans, we’ve got one last surprise for you. It’s a big one, and it’s coming to [Lincoln Financial Field] on September 5th.”

.@Eagles fans, we've got one last surprise for you. It's a big one, and it's coming to @LFFStadium on September 5th. pic.twitter.com/QTT805sbCg

Why do we think it’s Pederson? As PhillyVoice pointed out, the statue is wearing the sweater vest that Pederson wore during the weekend of Super Bowl LII.

We’ll have to wait and see exactly what the “surprise” is on September 5th, a day before the Eagles face off against the Atlanta Falcons for their first regular season game. We hope it’s a Doug Pederson statue, though.

Either way, one thing’s for sure: Bud Light can’t get enough of Philly, for whatever reason. And judging by how fast those special-edition “Philly Philly” packs sold out earlier this month (and how much some Eagles fans paid for them), Philly is pretty happy with Bud Light, too.

Is that such a bad thing?

Time for a repeat. #FlyEaglesFly

Many thanks, Madame Wanda! #PhillyPhilly