One boarding section remains out of service during rush hour on Thursday morning following what police called a "very violent" incident. 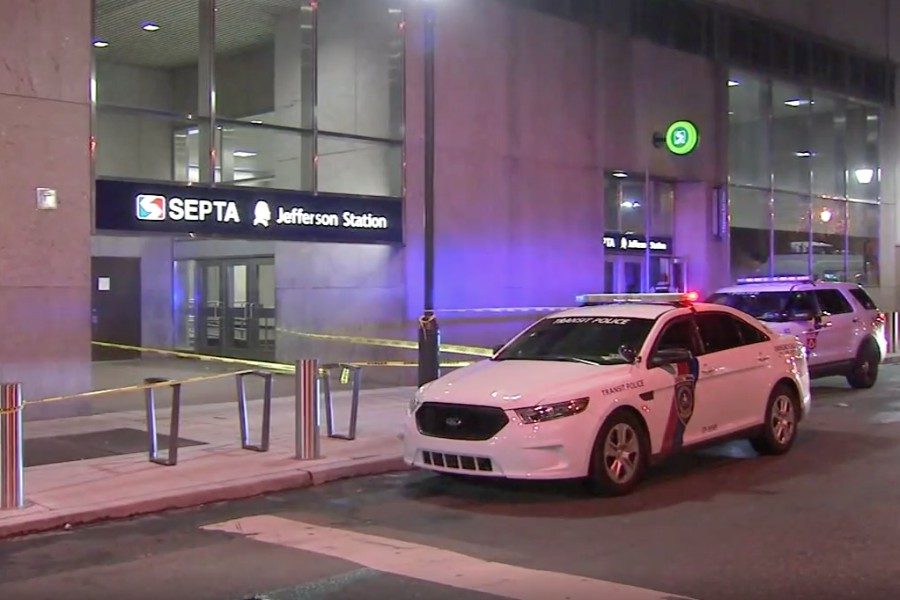 A deadly stabbing at SEPTA’s Jefferson Station early Thursday morning has caused part of the station to close.

SEPTA says one train track at Jefferson Station will remain out of service during rush hour as officials investigate what police called a “very violent struggle” that left one man dead.

The suspect, who left a trail of blood as he fled, remains at large on Thursday morning.

The victim was taken to Jefferson University Hospital, where he died. He did not have identification on him and is believed to have been experiencing homelessness, according to police.

Officials are searching for the suspect. Police say he was wearing a white shirt, jeans, red high-top sneakers and a black backpack, according to NBC10.

SEPTA spokesperson Heather Redfern said trains are operating on all tracks, but passengers must board from Section A as the investigation is underway this morning.

“Once police are finished with the investigation, we’ll be able to board as we normally do,” Redfern said.

Redfern said the incident is not expected to cause any delays.

RRD: All train operations at Jefferson Station will operate at the "A" sections off 1,2,3, and 4 tracks until further notice due to police activity.