If Larry Krasner and Rebecca Rhynhart can get elected here — and now John Fetterman statewide — why not Black candidates with similar platforms? 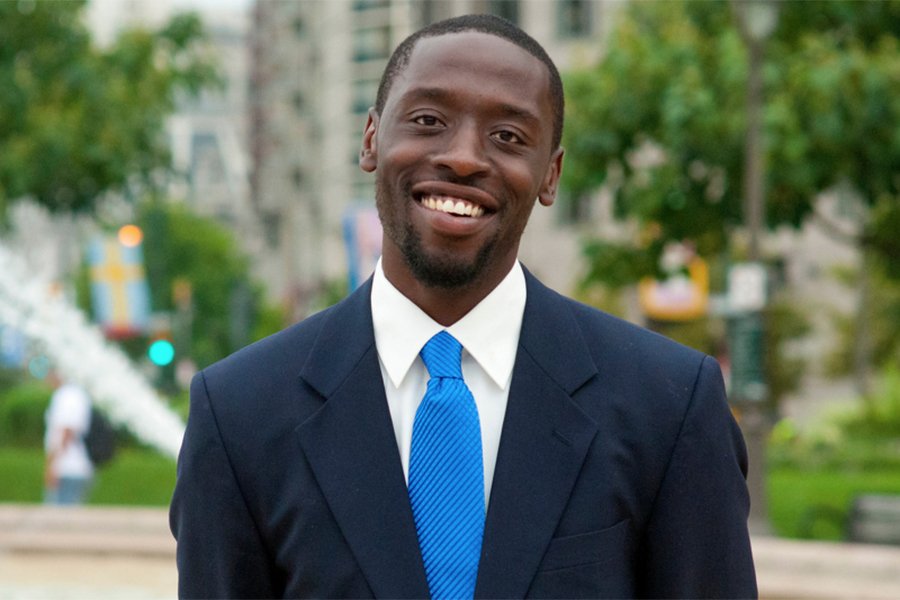 For the last two primary election cycles, I’ve felt conflicted over the victories of progressive candidates.

In one sense, I’ve become more optimistic about the future of our local political system now that newcomers are chipping away at the establishment, one by one. But when I look at who’s getting voted in, I’m reminded of how unprogressive the situation truly is.

“Could a tall, intimidating Black man with tattoos running down his arm have a real shot at being our next lieutenant governor?” someone asked outside my polling place on election day. “We all know the answer.”

For those still wondering whether a Black candidate could have run the same type of staunch anti-establishment, socialist-leaning campaign as Democratic primary lieutenant governor winner John Fetterman, the answer is: no.

I had similar thoughts a year ago when then-DA candidate Larry Krasner, who had never prosecuted a case a day in his life, pulled off a feat many considered a breakthrough. Krasner, a longtime civil rights attorney, ran a campaign that directly aligned itself with Black Lives Matter, called out corruption within the police department, and made lofty promises to stop pushing for the death penalty, tackle the cash-bail system, and reform the DA’s office.

Again, could a Black candidate have run a similar radical campaign and expected to win? The answer is still: no.

When I look back at the most dynamic candidates who have won in recent years (such as city controller Rebecca Rhynhart and social justice advocate–turned–City Councilwoman Helen Gym), it baffles me that in a city with a strong diverse political dynamic, we haven’t been able to elect comparable Black candidates.

It appears as though Philadelphia voters prefer their Black candidates to be safe, respectable, and noncontroversial. This go around, no Black incumbents lost, even though some of their challengers waged overtly progressive campaigns. For example, in the 179th District state House race between incumbent Jason Dawkins and community organizer Abu Edwards, Dawkins’s campaign was backed by the establishment and used the quality of its constituent services as a selling point. Meanwhile, Edwards’s campaign spoke to tackling issues around criminal justice, gentrification, and unemployment directly connected to racial disparities.

In the end, Edwards lost by a landslide to Dawkins. So did other challengers, such as three-time challenger Wanda Logan in the 190th against state Rep incumbent Vanessa Lowery Brown, and Bernard Williams against longtime incumbent Rosita Youngblood in the 198th District. Like Edwards, Williams also campaigned on a progressive platform that couldn’t secure him a victory over an incumbent who has held the position for more than 20 years.

This phenomenon has carried on throughout various state House election cycles and previous ones for City Council. It’s almost become a guarantee that Black candidates who speak unapologetically on issues pertaining to racism, gentrification, and police misconduct lose. In 2015, while most Black incumbents in City Council campaigned on mildly reformist platforms that appealed to their corporate and Democratic machine donors, two-time Council-at-large candidate Isaiah Thomas said what many of them wouldn’t. Thomas, a Philly native and product of the public school system, ran a more timely campaign that called for a “war on wages” and revolutionary ways of addressing local education — and still couldn’t win. Meanwhile, first-time candidate Gym, a non-Black candidate who ran with similar activist-leaning messages around education and social justice issues, came out victorious.

Historically, this city has not supported radical progressive messages that come from Black candidates. Consider voter response to the platform of longtime civil rights legend Charles Bowser, who arguably became the the first viable Black candidate to run for mayor of Philadelphia. Although he ran revolutionary campaigns in 1975 and 1979 that challenged institutional racism, poverty, and the possibility of former Mayor Frank Rizzo being able to serve a third term, Bowser never held an elected seat. He did, at least, inspire countless Black candidates to run — and win — after him.

But many of those who benefit from Bowser’s legacy don’t run with the same fervor for social justice that he did. They seek endorsements from big labor union bosses and the Fraternal Order of the Police, while working their way up the political ranks of establishment kingmakers. Nepotism has unfortunately become the name of the game, with most local Black candidates who get elected either having worked for other elected officials first or being related to them by blood. A scroll through the list of bios of our current state legislative Black caucus members shows exactly how interconnected our current political machine is.

Which is why I think it’s harder for radically progressive Black candidates to ever win — the current system doesn’t allow for it. Making matters worse, the racial segregation of the city allows for Black incumbents to dominate a certain demographic for a long time. This is why it was a pretty big damn deal that former Black scholar turned-state Rep. Chris Rabb won his re-election for the 200th District on Tuesday.

Rabb, who has continued to disrupt the political machine known as the Northwest Coalition, won by a small margin, with 53 percent of the vote. Rabb was able to pull another upset even after failing to receive the endorsement of the 50th Ward in Mt. Airy, a crucial voting base that endorsed his challenger Melissa Scott. Given the racial and socioeconomic diversity of his district, that may have played a role in Rabb having an opportunity to appeal to different voters on a variety of issues that often get ignored in other parts of the city.

But despite the hope for more Black progressives such as Rabb, our city has to do some serious soul-searching in how we plan diversify the future of progressive politics overall. A majority-minority city that seems only to support white candidates with radical platforms and not Black candidates who live the reality behind the need for those platforms can hardly count itself progressive at all.