The 13 artists, athletes, and everyday Philadelphians who triumphed in this surreal year. 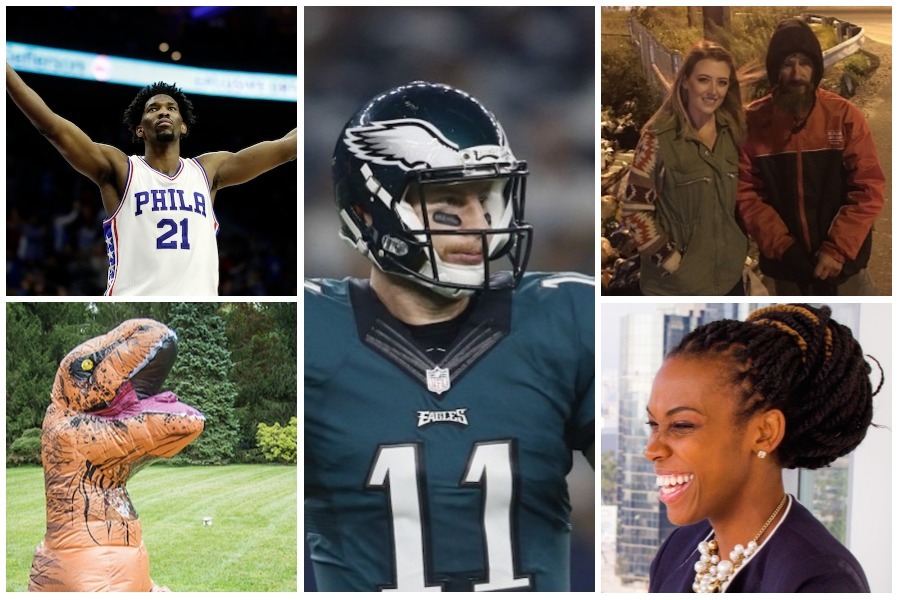 President Donald Trump promised Americans that when he took office, they were “going to win so much, you’re going to be so sick and tired of winning.” Well, let’s just say that Philadelphians aren’t exactly sick of winning yet. There were times this year when it felt like the city just couldn’t win, try as it might. But these 13 people proved the pessimists wrong and showed that victory is more than possible: They won huge awards, “unwinnable” elections, and, yes, even our ice-cold hearts in 2017. 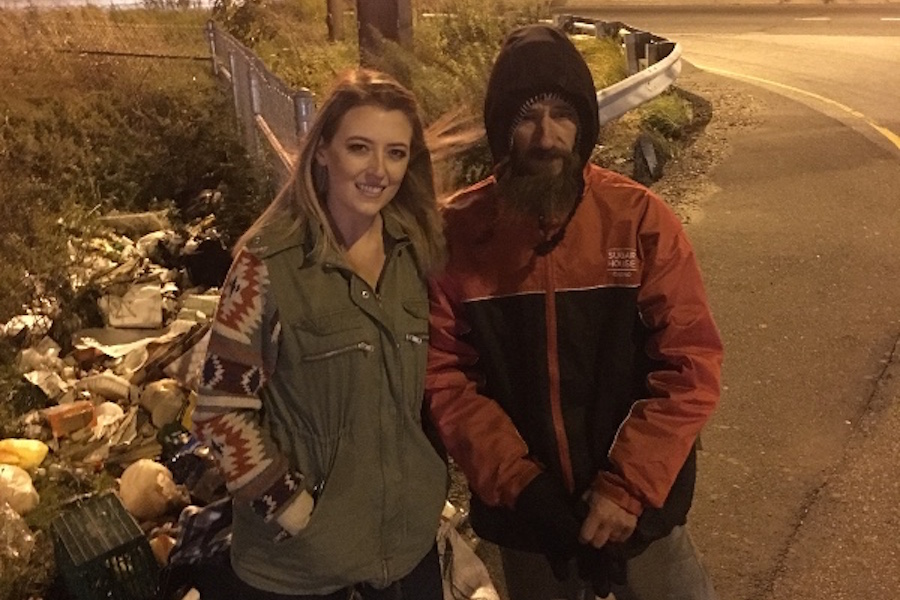 Kate McClure, a 27-year-old from Burlington County, ran out of gas on I-95. Johnny Bobbitt Jr., a homeless vet living under a bridge in Philadelphia, fetched her a can of fuel, paying for it with the only $20 he had. The story could have ended there, but McClure decided to pay it forward. She started a GoFundMe for Bobbitt, hoping to raise $10,000 for him — and ended up pulling in $400,000. In a world that seems to get crueler every day, McClure and Bobbitt’s kindness gives us hope. 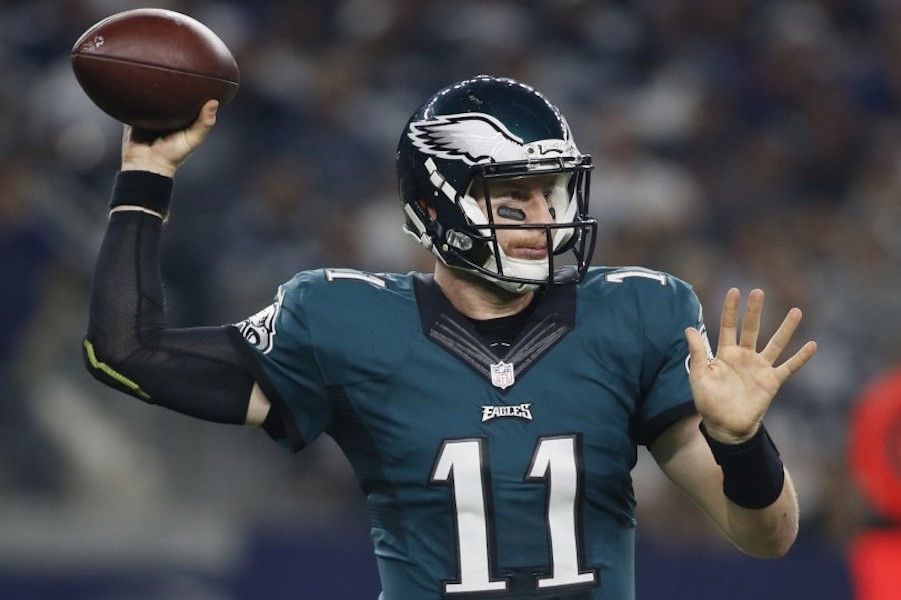 Before his injury, Carson Wentz was among the NFL’s leaders in touchdowns, passing yards and QBR — and helped the Eagles clinch an NFC East divisional title. In fact, as of this writing, he miraculously still leads the league in passing touchdowns — and some (incredibly smart) people think he should win the MVP award. Get better soon, Wentz — please. 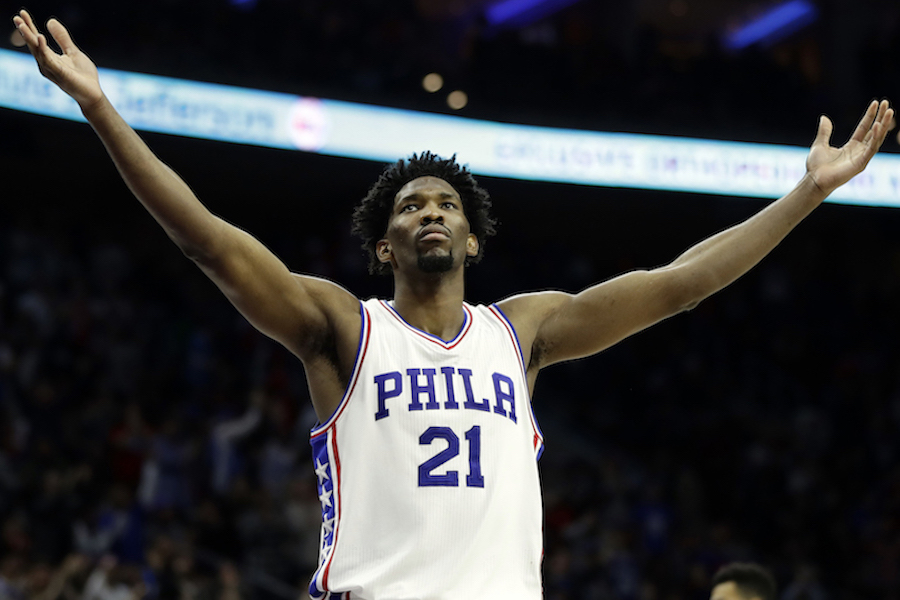 Sam Hinkie created a new religion in Philly: The Process. Its messiah? Joel Embiid. With Embiid running the show, the Sixers are slouching toward longterm relevancy in the Eastern Conference, and The Process recently ate the lunch of Kristaps Porzingis, the other East Coast basketball superstar.

You probably don’t know Raymond Baysmore’s name, but you should: He was the 35-year-old police officer who kept his cool after a PHL 17 reporter went off on him outside of Helium Comedy Club, saying, “I work at a fucking news station, motherfucker.” Video the incident — which went viral — should be studied at the Police Academy. 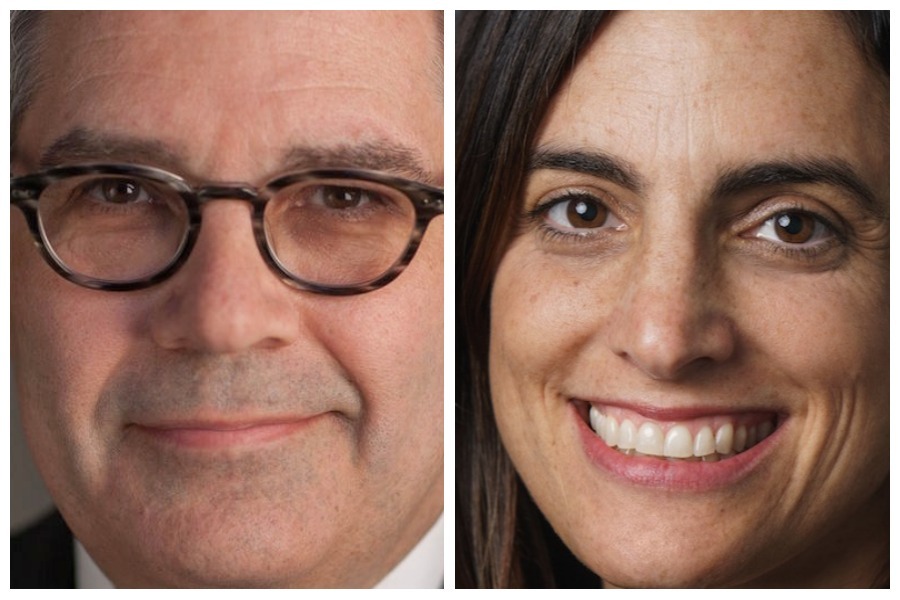 Photos courtesy of the Krasner and Rhynhart campaigns

Neither of these Philly Democrats were supposed to win the 2017 primary. Larry Krasner was running for district attorney, and, unlike most of his opponents, had never worked a day in his life as a prosecutor. Rebecca Rhynhart was challenging an incumbent city controller backed by the city’s Democratic machine. They’ll both be sworn into office next month, though — thanks to everything from Black Lives Matter to Neil Oxman’s ad firm to an electorate desperate for something new. 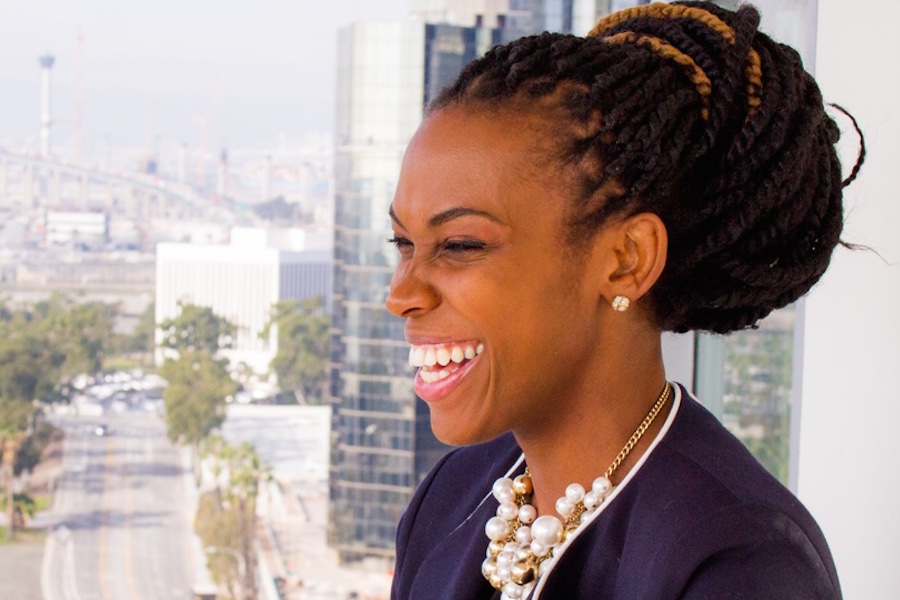 Amber Hikes took over as the executive director of the Office of LGBT Affairs during a tumultuous time. The office’s previous leader, Nellie Fitzpatrick, was fired in February after activists accused her of failing to adequately fight racism in the Gayborhood. Hikes, a longtime activist herself, has been credited with prioritizing inclusivity and bringing stability to the office. 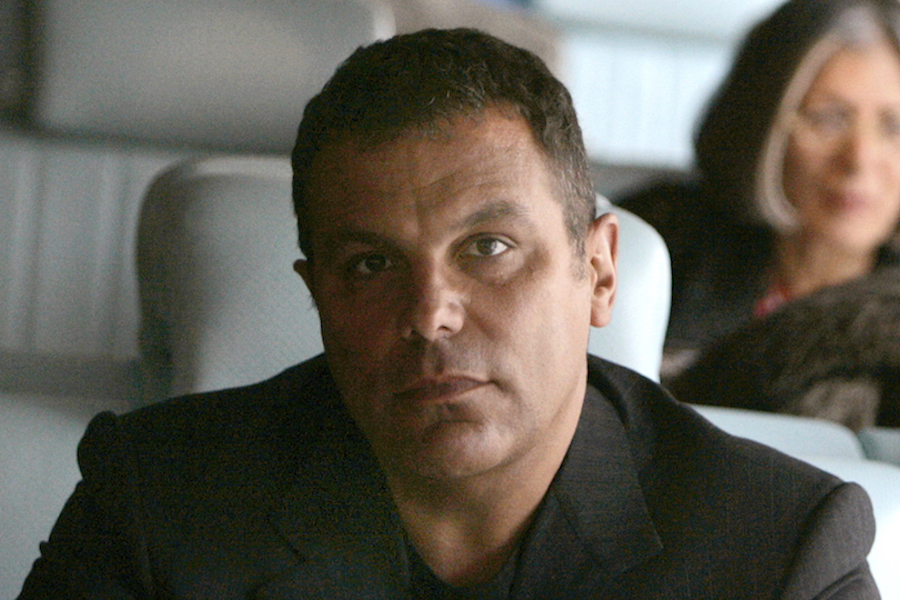 Not only was Stephen Starr named Outstanding Restaurateur at the James Beard Foundation’s 2017 awards ceremony, but Le Coucou, which he co-owns with chef Daniel Rose, won the prize for Best New Restaurant. Too bad the beloved French bistro isn’t in Philly! 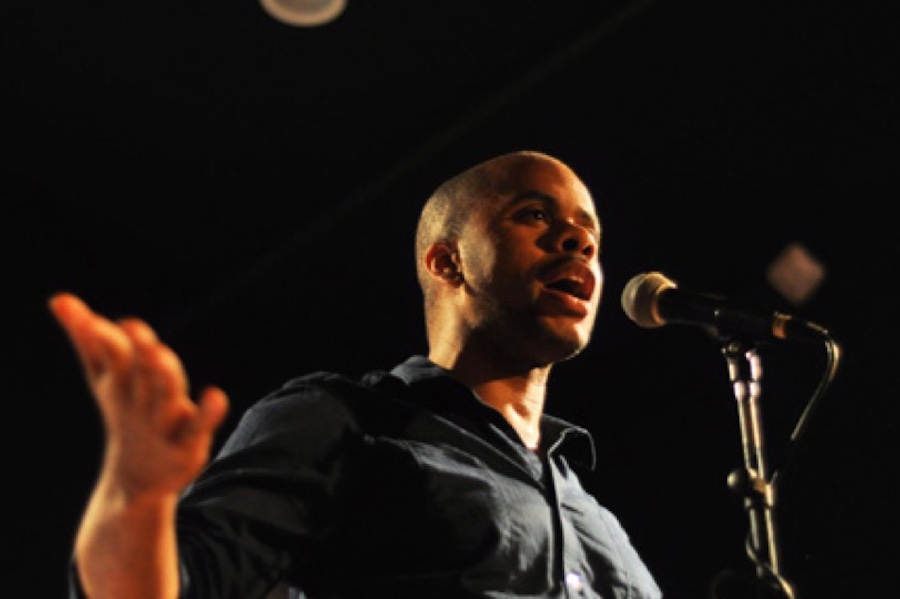 This South Philadelphian blew us away with his playwriting, stand-up comedy and Elle magazine column. (Sample headline: “A Message to the Incoming Aliens: Could You Not? It’s a Bad Time.”) Oh, and we adore R. Eric Thomas’s hysterical Twitter feed, too.

This was a smashing year to sell a home in Philly, especially if you owned property in Fishtown, Point Breeze or Spruce Hill. Don’t worry, though, if you’re waiting until 2018 to put your house up for sale: Experts say the real estate market won’t be slowing down anytime soon. 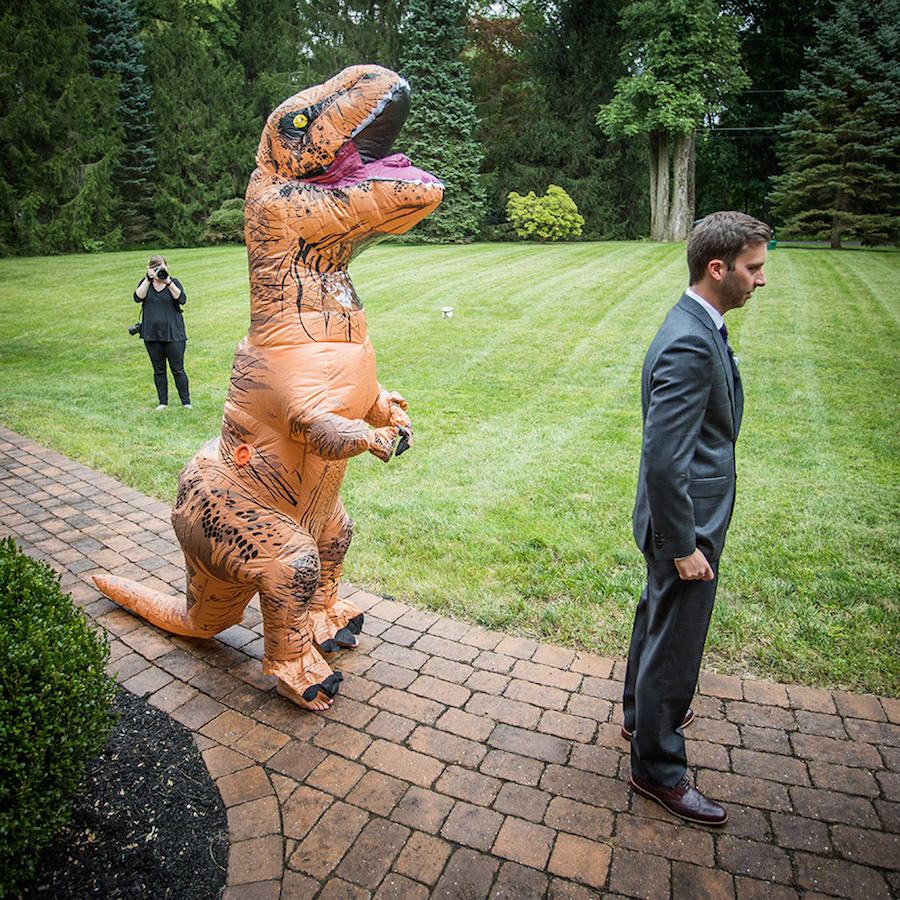 Planning a wedding can be dreadfully stressful — so much so that, by the time it actually happens, it can be hard to loosen up and have fun. Kudos to Jessica Albert, a bride from Media, for remembering to have a sense of humor on her Big Day.