Hundreds of non-U.S. citizens registered to vote in Philly – largely through PennDOT – between 2006 and 2017, per a new report. 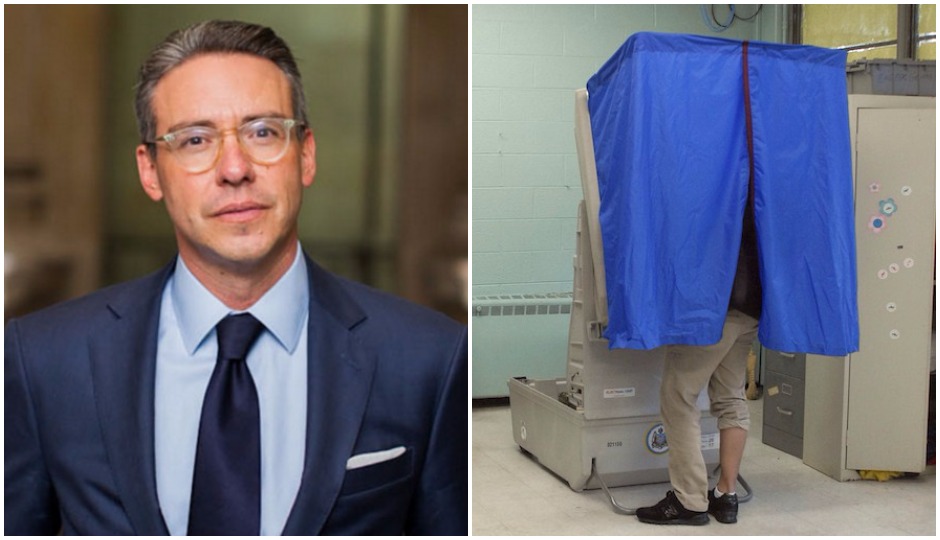 Republican City Commissioner Al Schmidt released a report on Wednesday claiming that hundreds of non-U.S. citizens have registered to vote in Philly, largely through the Pennsylvania Department of Transportation.

Schmidt’s office found that 220 non-U.S. citizens registered to vote in Philly between 2006 and 2017. Of those registrants, nearly half (41 percent) voted in at least one election in that time period, per the report.

Of those who voted, 49 percent reportedly voted on one occasion, while 41 percent took part in between two to 12 elections when they were registered. In all, the total number of votes cast by non-U.S. citizens between 2006 and 2017 was 227, according to Schmidt, with the largest number of votes (47) cast in the 2008 general election.

Schmidt said about 76 percent of the non-U.S. citizens who registered to vote did so through PennDOT. Those people reportedly cast a total of 166 votes when they were registered. 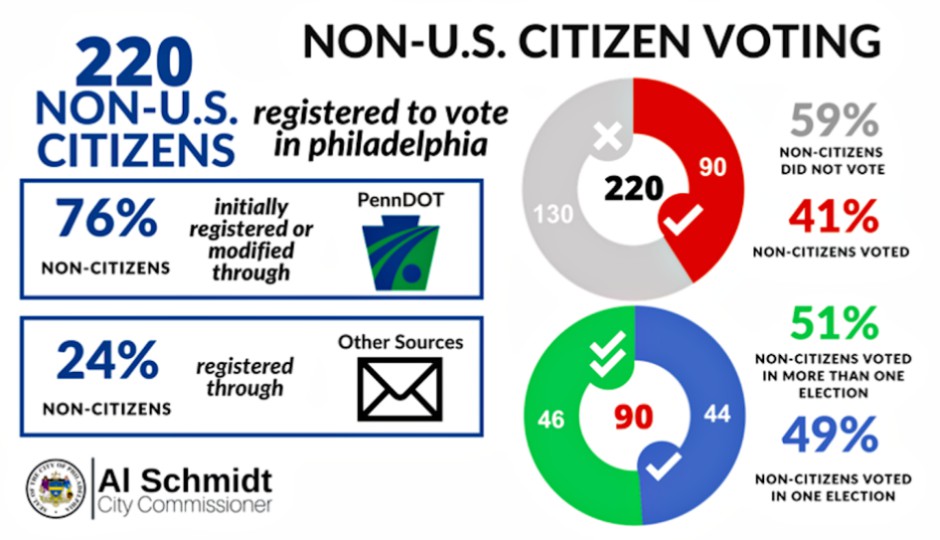 Via the Philadelphia City Commissioner

Non-U.S. citizens are not permitted to vote. Often, those who registered to vote did so – whether intentionally or unintentionally – while applying for a Pa. driver’s license, Schmidt said, which are available to those who are in the country legally.

Here’s how that worked, per the report: a non-U.S. citizen who applies for a driver’s licenses is required to provide documents to show their legal status to remain in the U.S. for at least one year. After PennDOT verifies these documents with the Department of Homeland Security, the applicant’s driver’s license is marked to indicate that they are not a U.S. citizen. However, when applicants are using electronic touch screen technology to request a license at PennDOT offices, they are asked if they would like to register to vote.

Schmidt said that “in addition to the possible challenge of limited English proficiency, it is also possible that – after just providing proof of their status as non-U.S. citizens – applicants believe they are eligible to vote.”

The commissioner said he is “very encouraged” by the response he’s received from the Pa. Department of State “concerning this serious issue.”

He’s calling for the Pa. Department of the State to conduct similar reviews of voter registration records in other counties and for PennDOT to modify its driver’s license application process.

“The current voter registration process at PennDOT is both harmful to election integrity and to members of the immigrant community seeking citizenship,” Schmidt said in a statement. “I expect that, after conducting a statewide cross check, a far greater number of voter registration and voting irregularities of this nature will be identified.”

A PennDOT spokesperson did not immediately return a request for comment.

All 220 of the non-U.S. citizens flagged by Schmidt’s office have provided documentation proving that they have canceled their voter registration status, Schmidt said.

The commissioner’s office has been looking into the issue since it first detected irregularities in a 2012 report.