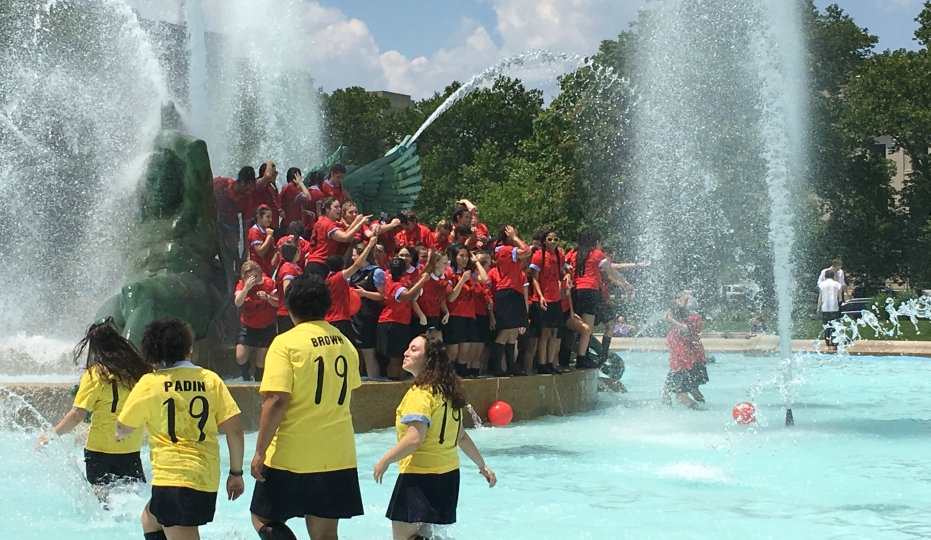 Today’s the third (and final) day of an excessive heat wave that brought highs in the 90s, a heat advisory until 7 p.m. tonight, a code orange air quality alert and early school closures.

Some people love the early summer weather. Some people hate it. Some just want to seek AC stat – and we have a guide for that.

Either way, we’ve rounded up some of our favorite reactions to the high temps.

We’ll kick it off with the pure joy of these students from the John W. Hallahan Catholic Girls’ High School, who took part in the tradition of leaping into the Swann Memorial Fountain at Logan Square on the last day of their school year:

It's so hot out, even the hydrants are staying hydrated. #philly #manitsahotone

When it's so hawt, you're a sloth all of a sudden #sloth #heat #hot #catsofinstagram #craftbeer #philly #delco #sweat

It's hot out but we're here. Where are you, @SenToomey ? pic.twitter.com/WeemTqoyuF

Water before walks, shade and short stints outside are the name of the game today.

DON'T HAVE YOUR DOGS OUT IN THIS HOT ASS WEATHER !

You know it's hot when the coconut oil turns to liquid.

It's so hot in here and I haven't left my room bc I have a housemate now and putting on pants is a daunting task.

The problem is these teachers and students are soft. Would never survived the heat and brutality of the wrestling room!

Looking to escape the heat? Come cool off in the cellblocks of Eastern State! We’re open every day from 10 am to 5 pm. pic.twitter.com/VEBl1ODgba

My ac is STILL broken and I came into work an hour early to get out of the heat. That's how much I'm dying.