Here Are Maps of All of SEPTA’s Proposed Route Changes

Agency has plans to alter 16 bus and rail lines. And they want you to tell them what you think of them.

Spring is here, which means it’s time for SEPTA’s annual planning ritual. The Annual Service Plan is where SEPTA lays out the route changes it intends to make in its bus and rail lines and puts them before you, the riding public, for feedback.

This year, SEPTA plans changes to 16 bus and rail routes in the city and the suburbs to improve operating efficiency and beef up service. Here’s a map of each proposed change with a brief explanation: 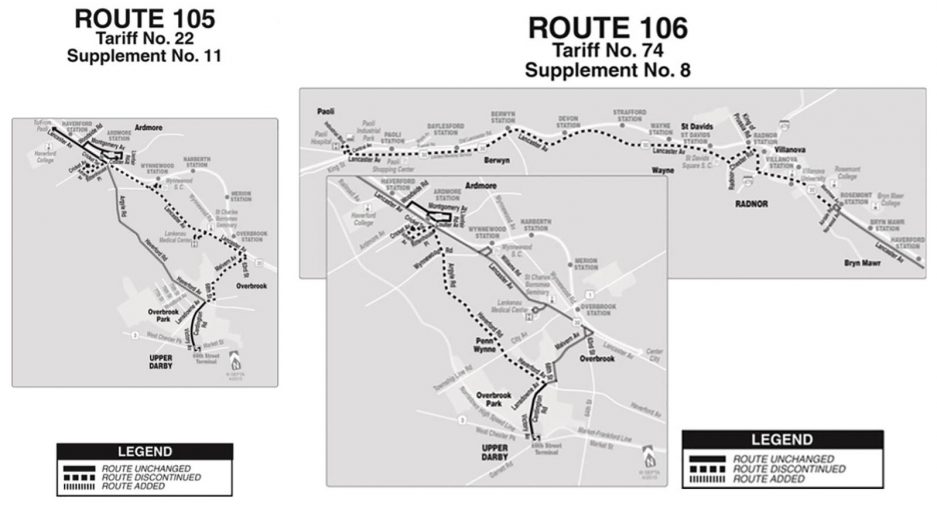 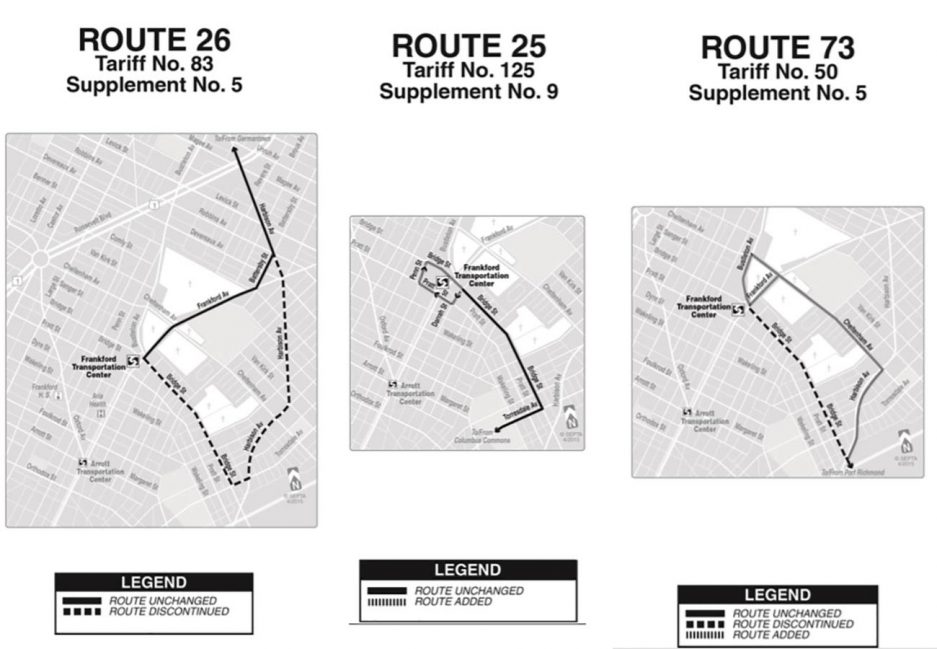 Four routes serving Frankford Transportation Center—25, 26, 73 and 84—are being rerouted to improve passenger convenience. Instead of entering the station from the east via Bridge Street, Route 25 will now loop around it via Darrah, Pratt and Penn streets, then head east on Bridge. The alternate routing of the 26 via Harbison and Torresdale avenues will be eliminated; service along that stretch of Harbison will now be provided by Route 73. Route 84 will now cross Frankford Avenue to enter the center directly. 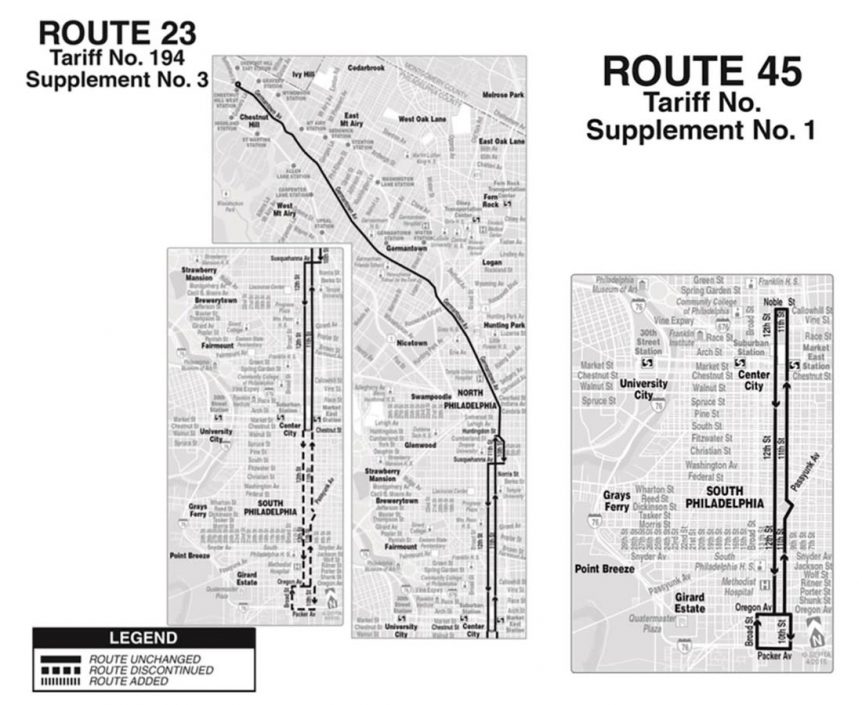 Route 23 will be split in two in order to improve its on-time performance and reduce bus bunching. The segment from Chestnut Hill to Center City will retain the number 23, looping back on Chestnut Street to head northward; the southern segment will become Route 45, operating between Broad Street and Oregon Avenue and 11th and Noble streets. Passengers will be able to transfer between the two routes for free. 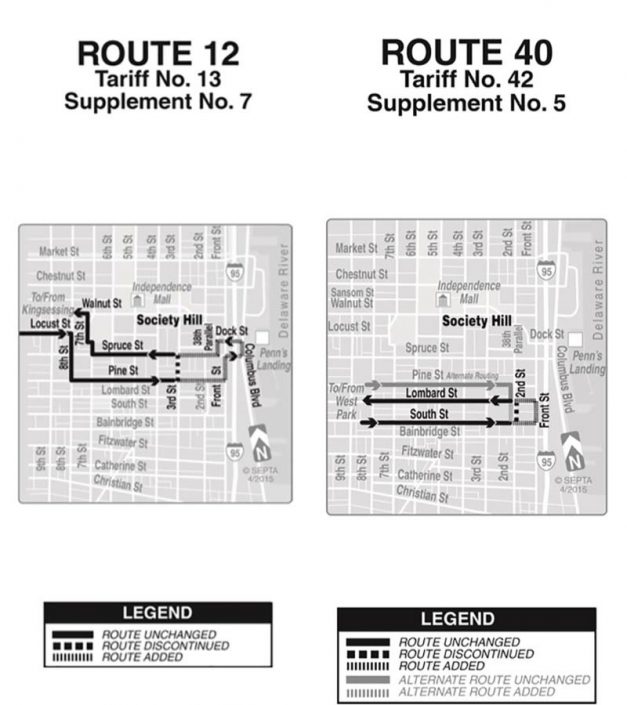 Routes 12 and 40 will be extended eastward to improve access to Penn’s Landing and the Delaware waterfront: Route 12 to Dock Street and Columbus Boulevard and Route 40 to Front and South streets, where riders can cross the South Street pedestrian bridge to reach the waterfront. 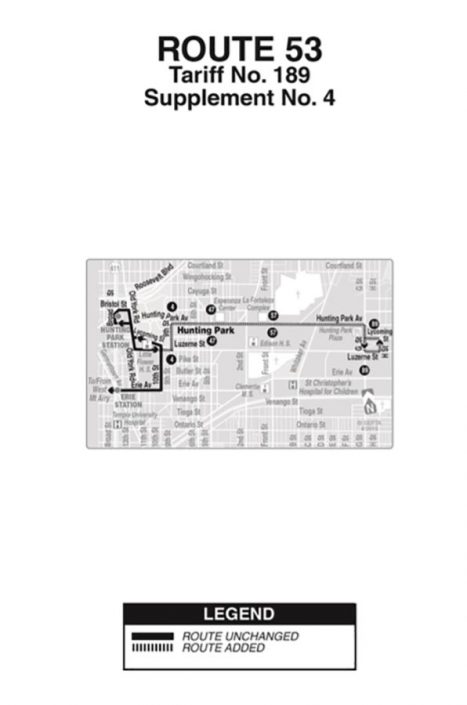 A new extension of Route 53 will operate via Hunting Park Avenue from 9th to G streets during daytime hours to serve employment and shopping centers along the corridor. 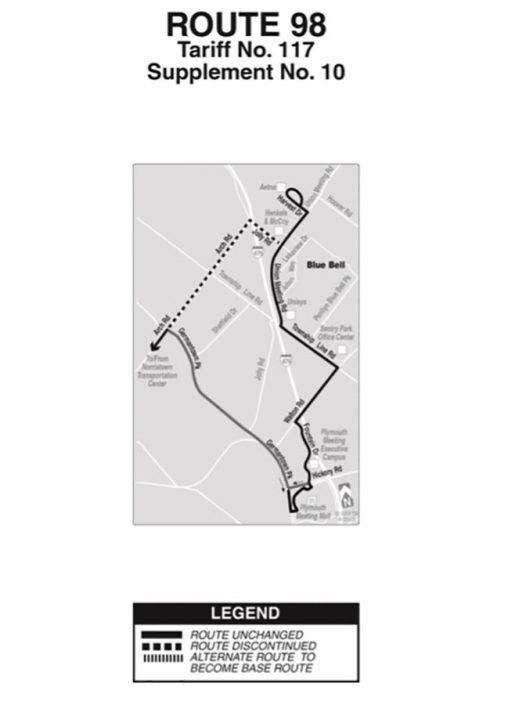 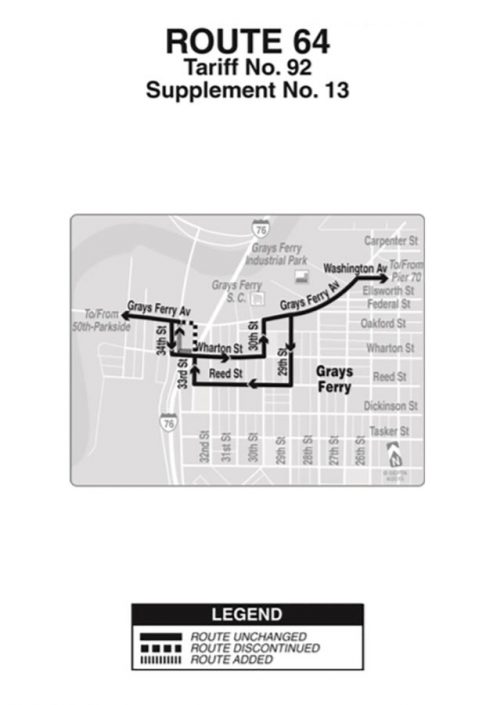 A similiar short rerouting of Route 64 gets rid of a left turn at an unsignaled intersection that causes delays. 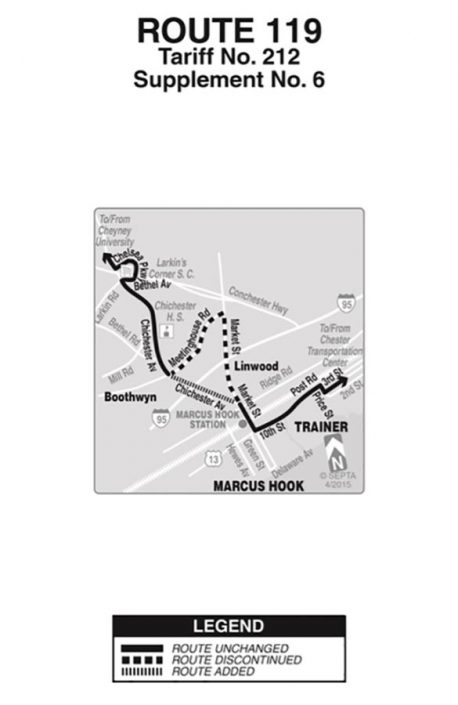 Route 119 will be rerouted via Chichester Avenue through Linwood and Boothwyn for a faster trip. 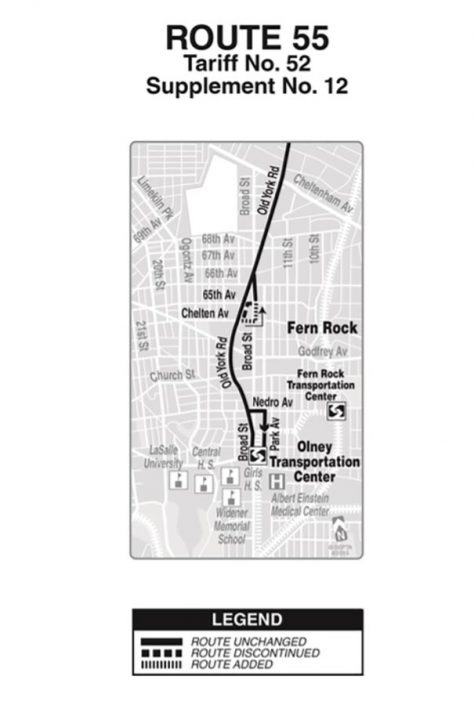 A short rerouting of Route 55 eliminates a hill buses working the route cannot climb when it snows. 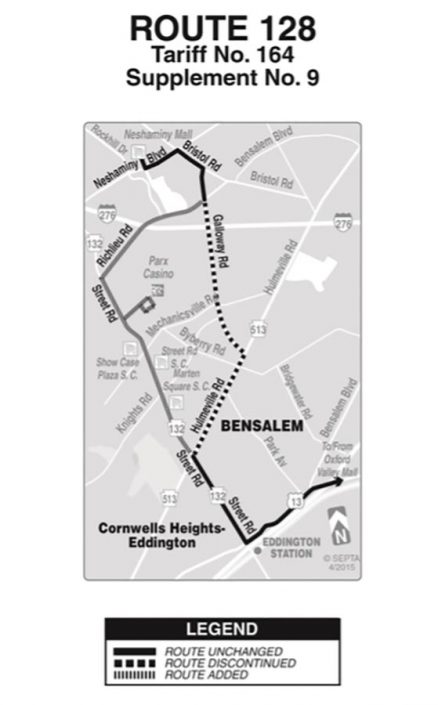 Route 128, which connects Neshaminy and Oxford Valley malls, will be rerouted via Street Road and Richlieu Road to provide direct service to Parx Casino. 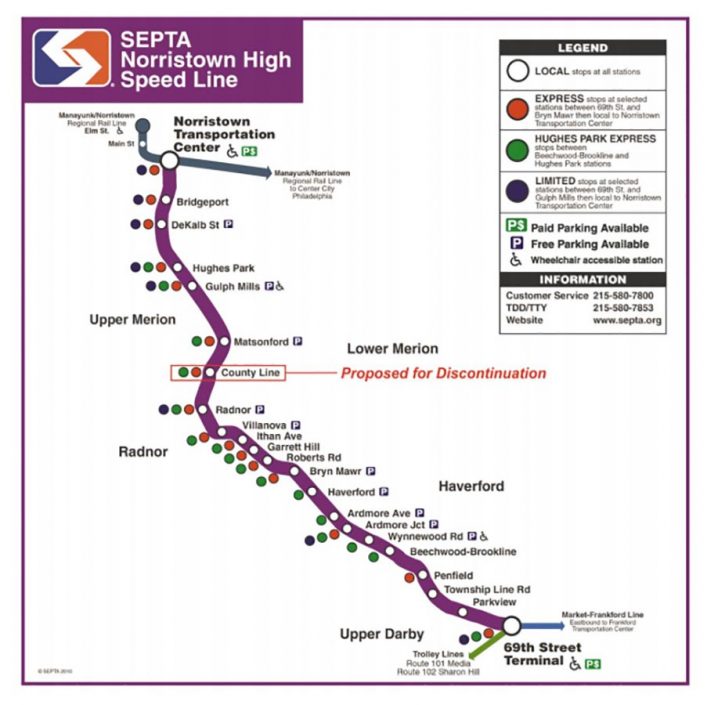 And County Line station on the Norristown High-Speed Line will be closed permanently, as the wooden structure is at the end of its useful life and the station is too lightly used to justify the cost of rebuilding it to meet ADA requirements.

There are also proposed changes in service standards in this year’s plan.

SEPTA will hold public hearings on May 27th, 28th and 29th at locations throughout its service territory to gather comment and feedback on the proposed changes. Can’t make any of the meetings? You can use the form on the SEPTA website or mail your comments to:

Comments must be received by May 27th.