From a slice shop off of Broad Street to a Mexican restaurant in Point Breeze and a steakhouse in the suburbs. 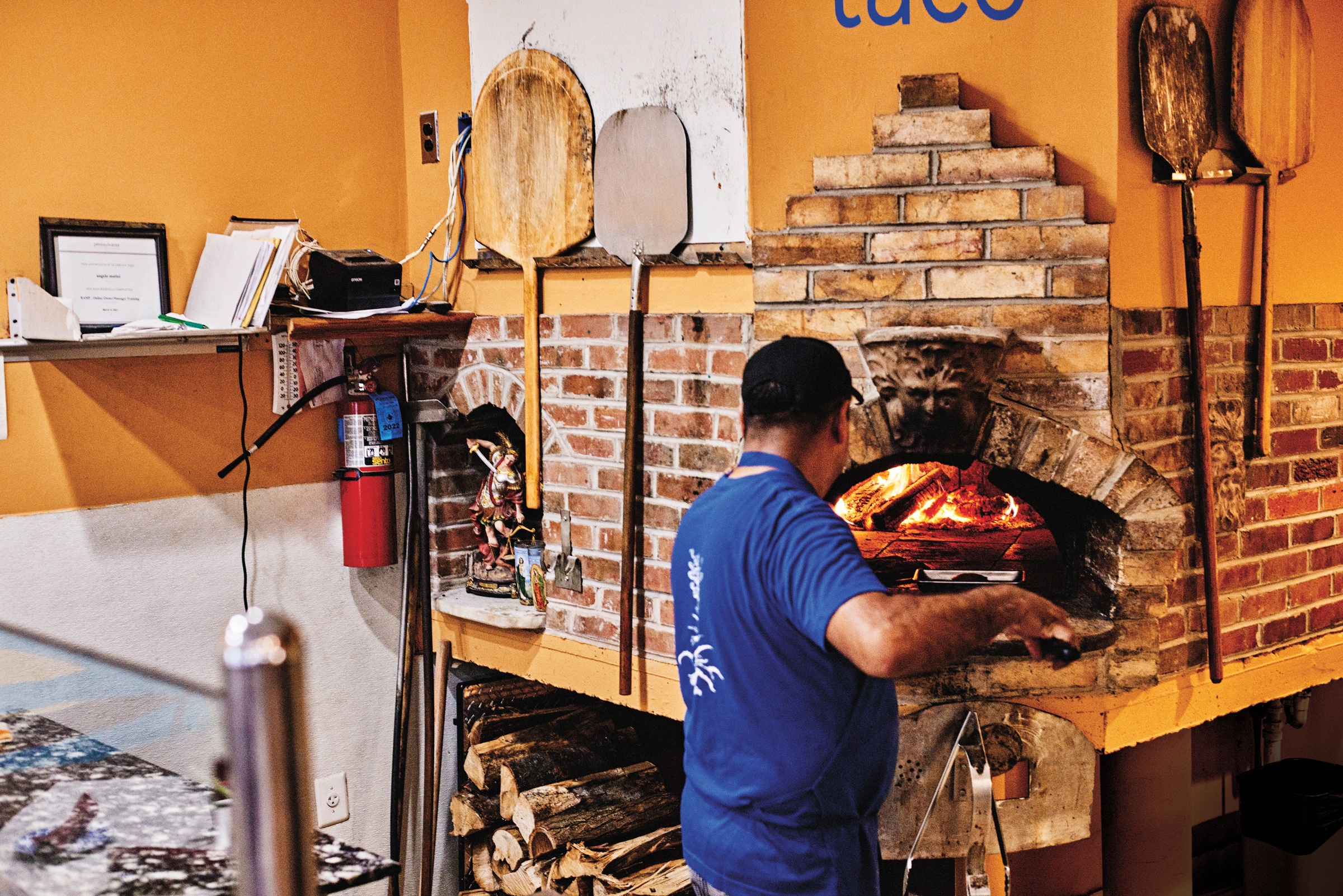 Plenty of new restaurants in Philly opened this year, but our critics had the most to say about these particular places.

A veteran Mexican chef, a family-owned Italian restaurant in Point Breeze, and the handmade pizza oven that ties them together.

“So whatever it is you’re doing right now, I need you to stop, head to Point Breeze Avenue, and try Soto’s camarones a la parrilla. These whole head-on shrimp come straight out of that monster of an oven. They’re rubbed with butter, garlic and adobo, then roasted and laid over a mound of whole-kernel corn soaked in more butter­ and blackened in the fire, like elote that’s been cut from the cobs. On top sits a sweet corn puree that’s half sauce, half dressing. Together with the corn in the bowl, it makes a sweet-smoky corn-on-corn slurry studded with pink, buttery shrimp you have to pull apart with your fingers.” Read more of the review 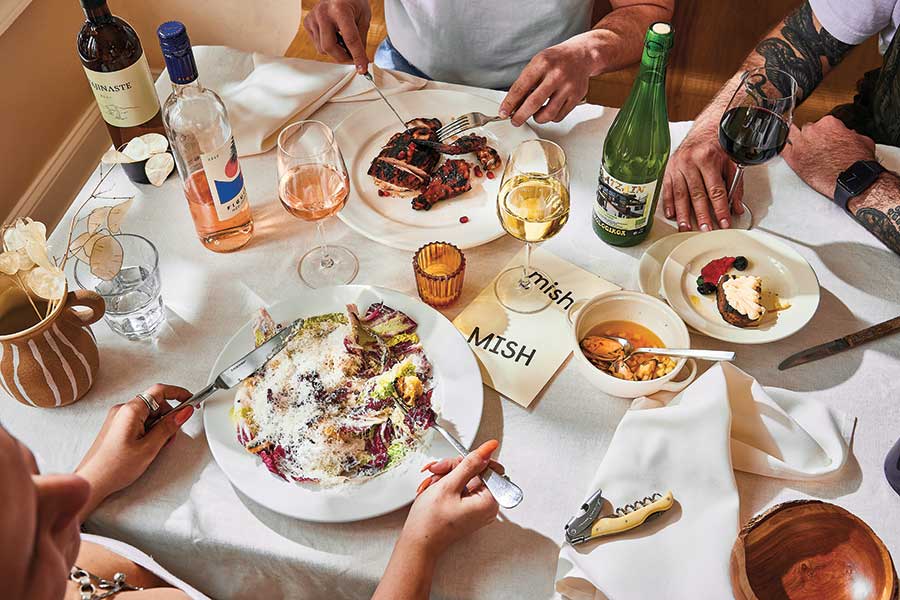 A huge hanging apricot marks the spot for good wine and a killer millennial prom playlist in East Passyunk.

“The menu might be most succinctly summarized as “Modern Mediterranean.” Modern because the dishes are breezy, flavorful but light on their feet, cast through a 2020s post-Healthyish lens. Modern because straight “Mediterranean” is still common restaurant shorthand for France, Italy and Spain, whitewashing the actual diversity of a fertile coastline that includes countries like Syria and Lebanon. Mish Mish serves a 12-dish slice of a region that spans more than a million square miles, resisting neat cuisine categorization and sort of making its own rules.” Read more of the review 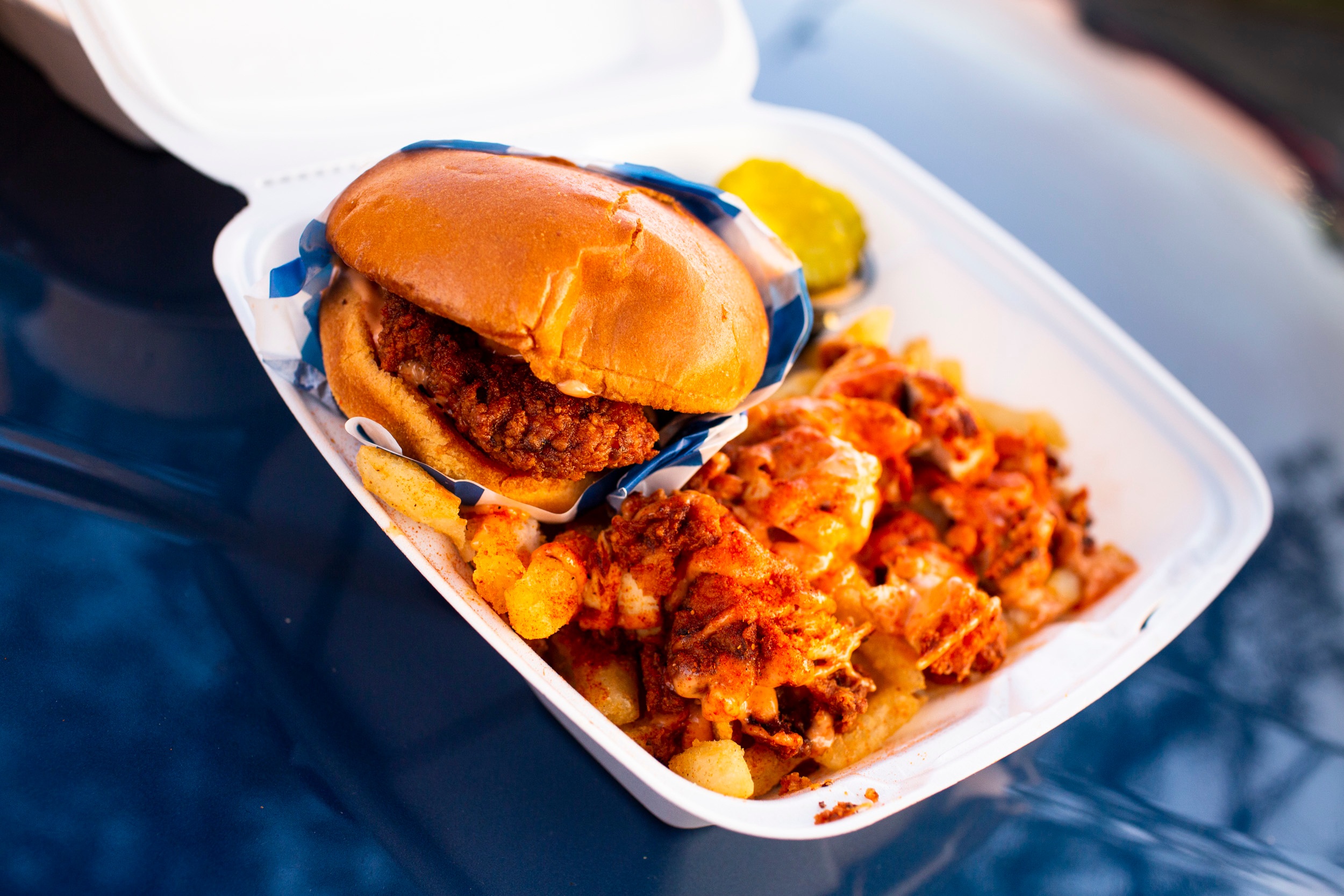 The new Northeast Philly spot with a quintessentially Philadelphian line and the city’s best hot chicken.

“Here, all walks of Philly life wait. I’ve stood in line and watched a man order nothing but six smoothies, all banana. I’ve seen doctors still in their scrubs, teenagers, old men and construction workers, and a person who tried to order from her car, shouting across 10 feet of sunbaked parking lot. I’ve eavesdropped on debates about the best time to arrive (no consensus), how hot the hot chicken actually is (very), if it’s really worth the wait (yes). And while still four back from the window on one September afternoon, I watched a man in a quicksilver Mercedes SLK pull into the lot, see the line, and peel away — bottoming out on the sharp dip turning onto Cottman Avenue, sparks grinding off his low front spoiler. Everyone in line laughed and gave him the finger or just shook their heads.” Read more of the review 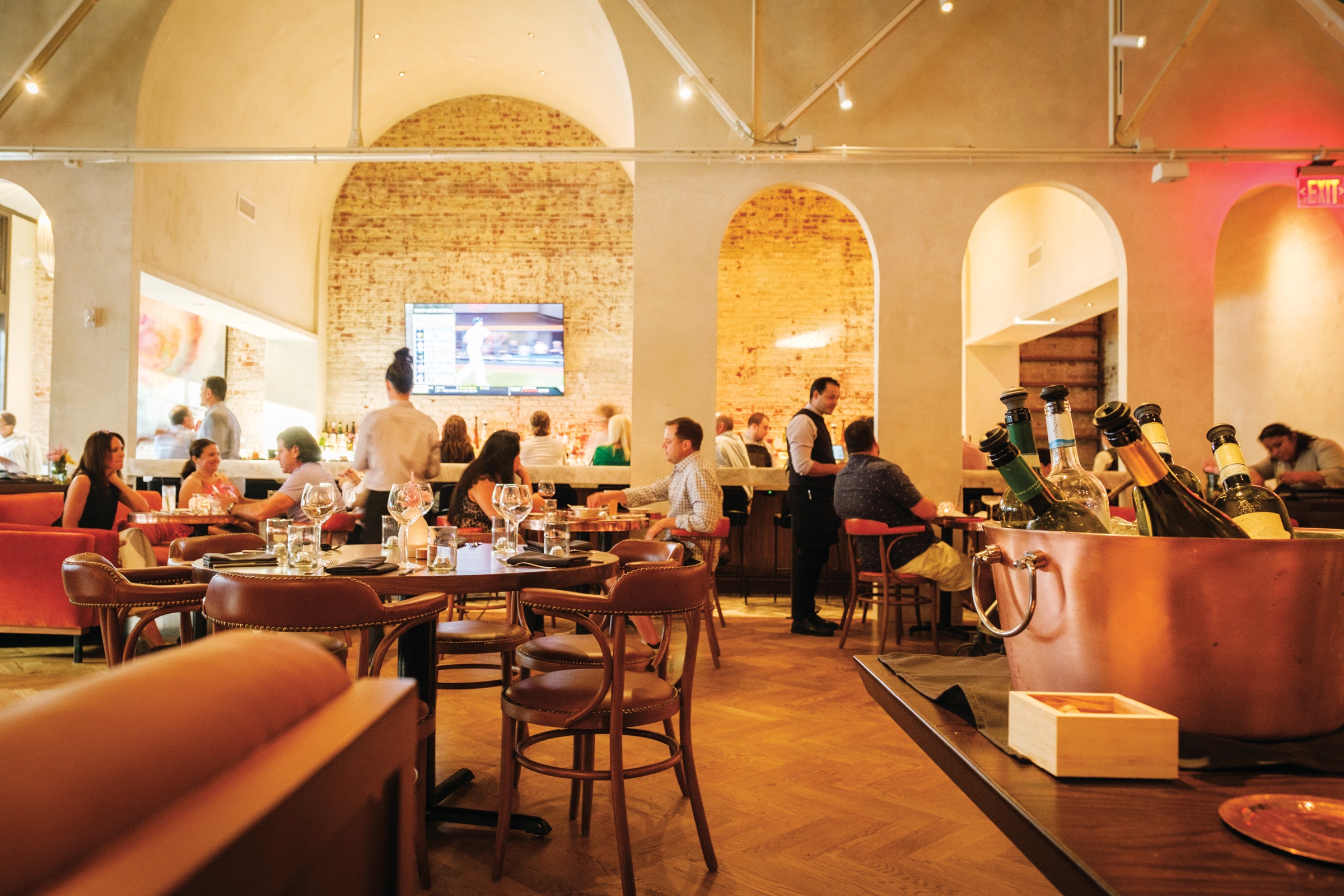 For a high-end steakhouse promising excellence, there are too many mistakes right now, and not enough heart.

“Usually, when a place serves dishes as stunning as that strip loin, or those potatoes, or those simple kaiju prawns, all you want to do is tell everyone you meet about the things you put in your mouth. You won’t be able to think about anything else. Best case, you won’t even recall what color the walls were or whether or not there was a door. But with Fiore Rosso, there’s so much else to discuss.” Read more of the review 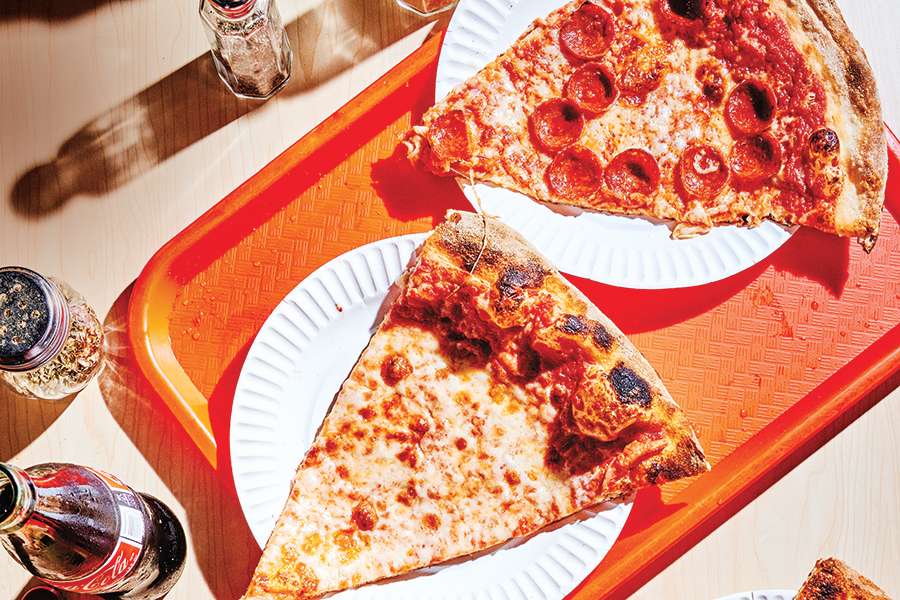 A famed Brooklyn pizza joint arrived in a town already filled with good pies. But its sense of nostalgia makes you feel right at home.

“Know what got me? The sound of an orange plastic tray hitting a cheap laminate table. A sound that, for years of my young life, meant food was here — that lunch or dinner was being served. That sound I heard at every cheap buffet and sandwich shop, at a hundred McDonald’s dinners and every Pizza Thursday in middle school. That bang, so perfectly replicated here by just the right tray hitting just the right cheap and artless table at just the right angle, was enough to lift me free of 2022, float me down the timeline, and drop a grown-ass man back at Ponderosa in 1985, sitting across from my mom, eating only the soft things from the salad bar because I’d just gotten my braces tightened.” Read more of the review