Where to Eat at Citizens Bank Park

All the new food options debuting this year at the Phillies' home stadium, plus some established favorites. 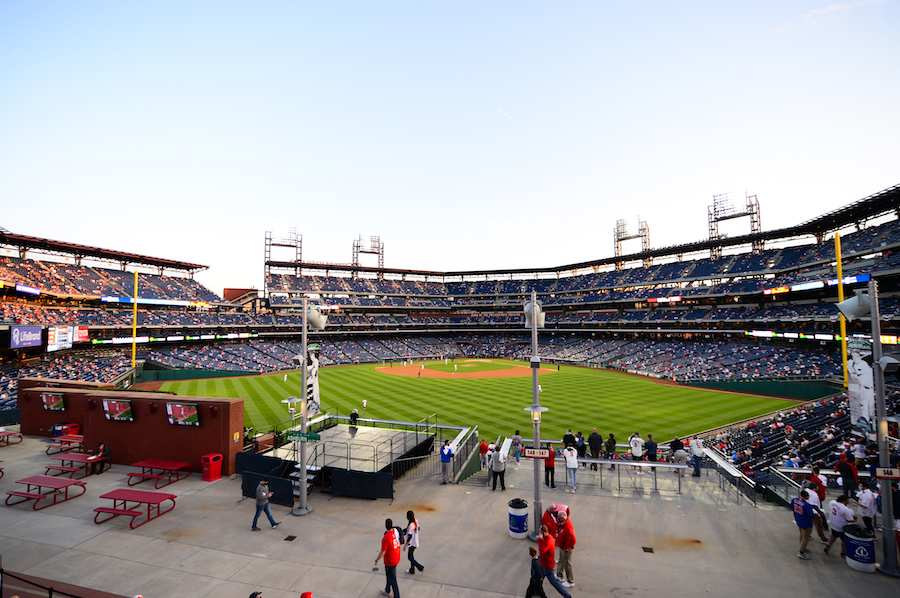 Photo courtesy of the Phillies

After a complicated 2021 season, Citizens Bank Park is back at full capacity and ready for a new season. And the new season means new snacks, because no baseball game is complete without treats. Here are the new spots to eat, drink, and hang out at the ballpark, plus some of our old favorites.

Manco & Manco
Ocean City classic Manco & Manco is bringing their pies to Ashburn Alley this year. The 12-inch thin crust pizzas will be available in plain and pepperoni, plus occasional specials throughout the season.

Colbie’s Southern Kissed Chicken
Colbie’s will offer a selection of fried chicken sandwiches from their new spot behind Section 120. Look for The Big Piece, with aioli, pickles, American cheese, bacon, lettuce and tomato on a Hawaiian bun, the Nashville Hot, with hot sauce and pepper jack cheese, and the Colby Original, will just aioli and pickles. They’ll also serve peach spoon pie.

KLYR Rum
KLYR is a Pennsylvania-made white rum that happens to have zero carbs and zero grams of sugar, which is perfect if you’re already full of crab fries, which is pretty likely. It’s available with mixers throughout the ballpark as a lighter alternative to bourbon or beer (and let’s not forget that less sugar means less of a hangover.)

Bull’s BBQ
Bully’s BBQ isn’t actually new to the stadium, but they’ve added a major new menu item to their selection in the form of a brisket burnt end cheesesteak. They top the roll with the crackly, beefy bits of a brisket, then top it with melted gouda cheese sauce and a generous amount of caramelized onions. It’s sure to be a hit this season. 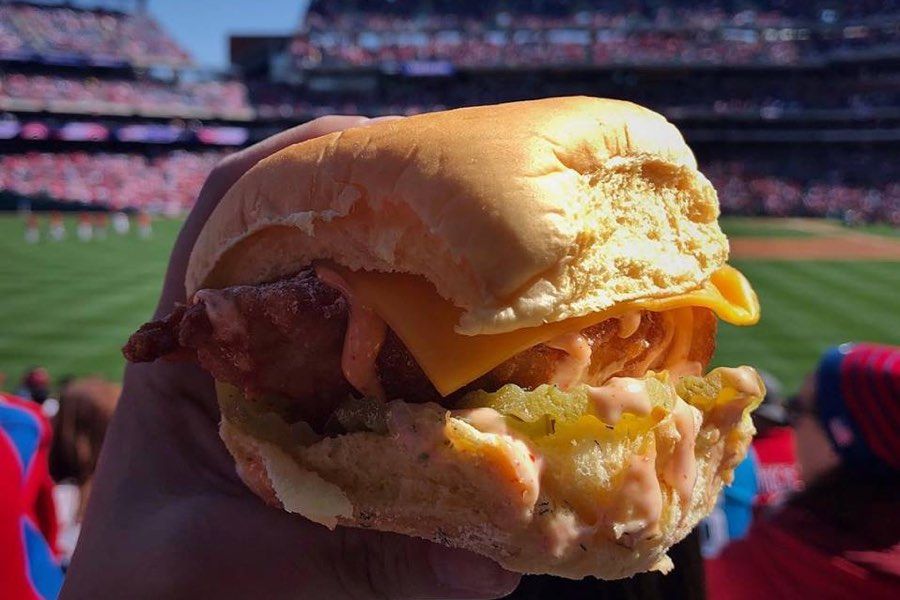 Pass & Stow
The park’s beer garden at the Third Base Gate — named for the historic metalworkers who recast the Liberty Bell in 1753 — features 250 seats over more than 11,000 square feet of space, complete with picnic tables, fire pits, and 4K UHD TVs. The beer garden includes Goose Island Bar at the Park, Foundry Pizza, and the family-friendly Pass & Stow sports pub. The space opens two hours before each game and stays open post-game.

Jim Beam Bourbon Bars
Beer is the official beverage of baseball, but if you prefer liquor you can head to Section 101 or Section 140 to check out a new location of the Jim Beam bar serving cocktails, highballs, and quite a few domestic and imported beers.

Healthy Options at Harry the K’s
Harry the K’s Broadcast Bar & Grille has added several lighter or meat-free items to its menu. Hit them up for dishes like vegan lettuce wraps stuffed with curry cauliflower and fried chickpeas or yogurt-marinated tandoori chicken wings.

Shake Shack
The fast-casual burger behemoth opened its first sit-down ballpark location at CBP this season, with 120 seats over 6,000 square feet. It’s adjacent to Pass & Stow and will be open during game time.

Chickie’s & Pete’s
Is it really a Phillies game without an order of crab fries?

Campo’s Steaks
The longtime cheesesteak and hoagie purveyor has a stand in Ashburn Alley near right field. Even better? They’re open two hours before game time, so you can score a sandwich without missing the action.

Tony Luke’s
The sandwich icon has shops all over the region, including a spot in the ballpark’s Ashburn Alley section.

Turkey Hill Ice Cream Bar
Looking for a sweet treat while the little ones play whiffle ball in the Yard, Ashburn Alley’s 13,000 square-foot interactive children’s play area? Hit up the Turkey Hill stand there (you should probably get some scoops for the kids, too).