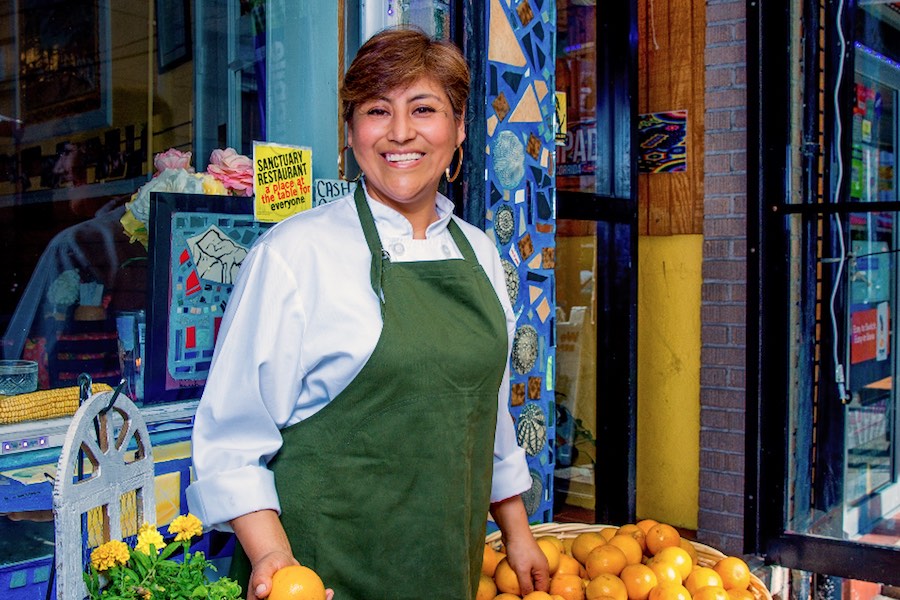 Netflix just released the lineup for season five of their much-lauded Chef’s Table series, and one of our own is being featured. Cristina Martinez, co-owner and chef at iconic taqueria South Philly Barbacoa, will be the first Philly chef and one of just a handful of American chefs to get her own episode in the series.

It’s been a big year for Martinez, who proudly uses her status as an acclaimed chef and undocumented immigrant to raise awareness of and support immigrant rights: she and husband/co-owner Ben Miller moved the restaurant into a new, outsized space in the Italian Market this summer. She also appeared on David Chang’s Ugly Delicious, another Netflix production, and was featured on Full Frontal with Samantha Bee in a segment about the challenges faced by undocumented workers across the American food industry.

Watch Martinez’s episode when season five premieres on Friday, September 28th — or you can wait to party with the South Philly Barbacoa owners, who will co-host a screening at Han Dynasty’s Old City location on Tuesday, October 2nd at 8:30 p.m. There will be drink specials at the bar, plus barbacoa dumplings in chili oil and dan dan noodles with pancita in addition to the regular menu.