South Philly Barbacoa Was on Full Frontal With Samantha Bee

The late-night host visited owner Cristina Martinez for a segment on food and undocumented workers on this week's show. 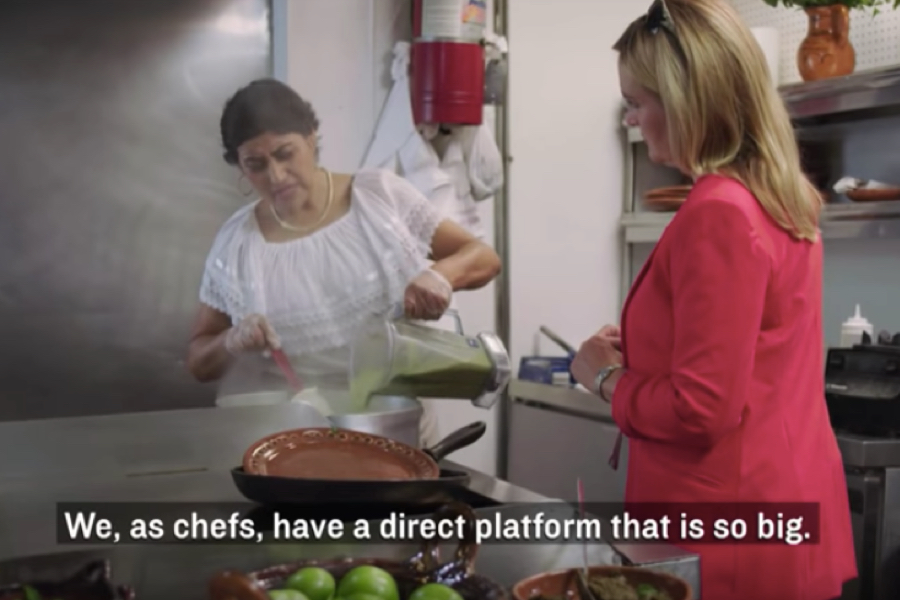 We got word a few weeks ago that none other than pioneering late-night host Samantha Bee was filming a segment in Philly for her show Full Frontal with Samantha Bee. The subject? South Philly Barbacoa chef-owner and immigrant rights activist Cristina Martinez. The city’s patron saint of lamb tacos hosted Sam in her kitchen for a segment that aired on Wednesday, August 15th.

Martinez has been open about her undocumented status and uses the platform available to her as an acclaimed chef and restaurateur to advocate for the rights of undocumented workers across the food industry. In the segment, Martinez tells Sam about how she left Mexico to escape domestic abuse, her belief in the power of chefs to change the world, and whether she would welcome Donald Trump into her restaurant.

“We as chefs have a direct platform that is so big,” Martinez says in Spanish while preparing a sauce with Sam in South Philly Barbacoa’s kitchen. “We chefs would not be able to be chefs without our farmers, the people who clean, like the dishwashers, the waiters, the bartenders” — emphasizing that undocumented workers make just about every stage of the food supply chain possible.

Later, Sam interviews anonymous undocumented immigrants about abuse and discrimination they’ve experienced at their restaurant jobs due to their status, then does her best reality TV chef contestant impression for another powerful immigrant woman in food — Top Chef host Padma Lakshmi.

Watch the whole segment below.