Host David Chang explores the power our favorite foods have to challenge our minds and our taste buds. 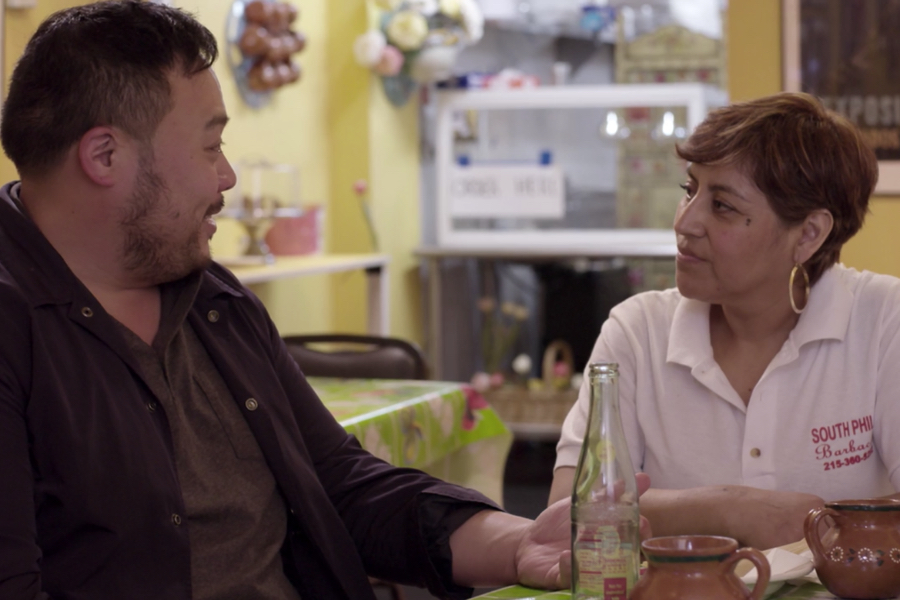 Over the weekend, Netflix debuted a new chef-driven documentary series: Ugly Delicious, starring Momofuku’s David Chang, who explores some of our most-loved dishes — pizza, barbecue, fried rice — and the stories behind them. Rather than No Reservations-style exotica and hedonism, the series delves deep into what the everyday foods we love reveal about our cultures.

In the second episode, Chang takes on tacos, cruising around Los Angeles on a tour with Lucky Peach compatriot Peter Meehan and LA Times restaurant critic Jonathan Gold, and Gustavo Arellano, author of the book Taco USA: How Mexican Food Conquered America. He orders Doritos Locos Tacos from the original Taco Bell and heads to the Noma Mexico pop-up in Tulum, where Rene Redzepi and his crew have hired a small army of abuelas to make masa and tortillas from scratch.

He also makes a trip to to Philadelphia, paying a visit to undocumented star chef Cristina Martinez’s South Philly Barbacoa (back before they moved into the El Compadre space last summer).

The segment focuses not only on Martinez’s highly acclaimed lamb barbacoa  — which she started making out of her Italian Market home after losing a job due to her undocumented status — but on her and partner Ben Miller’s mission to use their platform to draw attention to the fight for undocumented workers’ rights. Chang also visits chef Eduardo Lalo García at his restaurant Máximo Bistrot in Mexico City; García was deported twice from the United States and now owns one of the city’s most acclaimed restaurants.

Check out the second episode of Ugly Delicious to watch Martinez and Miller’s segment.