UPenn’s Cheffy New Food Hall Is Getting a Double Knot Sushi Bar, Too

Actually, he's planning on doing several of them, but the first one will be opening at the UPenn food hall. 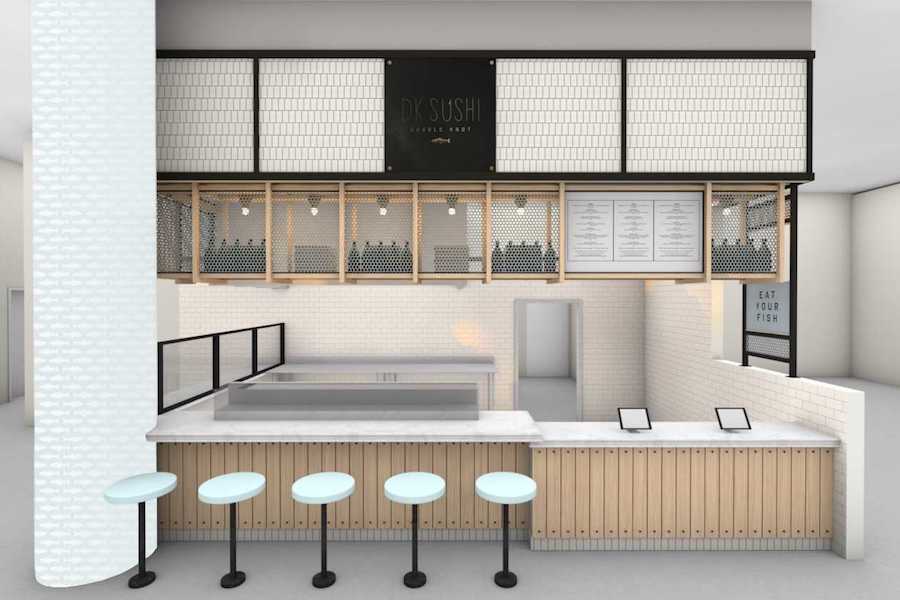 Double Knot was one of the best projects Michael Schulson was ever involved in. Beautiful, a little bit mysterious, so cool that it seemed almost otherworldly — Double Knot was an all-day cafe that didn’t really look or feel like one, a combination coffee shop, fast-casual lunch spot and killer happy hour joint all sitting atop a basement space where some of my favorite meals of 2016 were served.

And now it looks like Michael Schulson and Nina Tinari Schulson are doubling-down (see what I did there?) on their biggest success by spinning off the very successful sushi, robatayaki and izakaya bar portion of Double Knot into a standalone fast-casual concept called DK Sushi.

This isn’t completely out of left field, either. The Schulson team has been honing their izakaya chops for a couple years now with Izakaya in A.C. and Monkitail (which he’s opening in Hollywood, Florida) — all of which are really just part of the progression from Schulson’s days cooking at Buddakan in New York, Pod here in Philly, plus Spago and the Four Seasons in Tokyo. Modern Asian with a hot spike of East Coast trendiness has always been his sweet spot. It’s what he does best.

And soon enough, he’s going to be doing it at the University of Pennsylvania’s new food hall at 34th and Walnut (where the High Street on Market crew will be doing their own spin-off called High Street Provisions). There’s no precise opening date yet (because there’s no precise finish date for UPenn’s food hall project), but Schulson’s guys appear to know exactly what they’ll be doing once they get the green light.

Double Knot chef Kevin Yanaga will be working behind the bar at DK, designing a la carte menus, specialty sushi boxes and full omakase menus. Ordering will be done through touch-screen kiosks, and everything will be assembled on-the-spot behind the sushi bar.

There’ll be sushi, of course. Plus sashimi and chirashi bowls. DK will be doing to-go and delivery, offering walk-away boxes for those eating in the food hall, or that omakase menu (12-14 courses, priced between $40 and $50 which, not for nothing, is pretty inexpensive considering) served at an 8-seat counter.

A la carte is pricing out between $4 and $9 per item. Chef Yanaga’s combo boxes will run $16-$34. Everything will arrive packed and sealed with a variety of sauces (hallmark of a modern sushi bar) and a “sauce legend” which will describe each one and suggest ideal flavor combinations. Hours will be Monday through Friday, 11 a.m. to 8 p.m., Saturday until 7 p.m., and Sunday until 5 p.m.

The place even has it’s own website already (though there isn’t much there), but the fact that Schulson and his team seem to have so many of the details nailed down so early gives me a good feeling about this place. Testing out the concept at the UPenn food hall? That’s also a good move — a perfect place to work out the kinks and blood the opening crew with both rushes and silence.

Schulson is promising more DK Sushi locations in the future, and right now it looks like this is going to be his push into the multi-unit, fast-casual (or “fine-casual” as he’s calling it) space. And honestly? I think that’s awesome. Sushi’s moment of hipness and fancy exclusivity is long over. It is fast food, and ought to be treated that way. And this kind of conscientious, serious approach to turning it into something that’s easy, accessible and everywhere is something Philly needs.

More sushi is never going to be a bad thing. And more good sushi — from the hands of someone like Yanaga — is nothing but awesome.