Goldie, Kensington Quarters, and Little Baby's Ice Cream are some of the tenants announced for the new food hall at 34th and Walnut Streets. 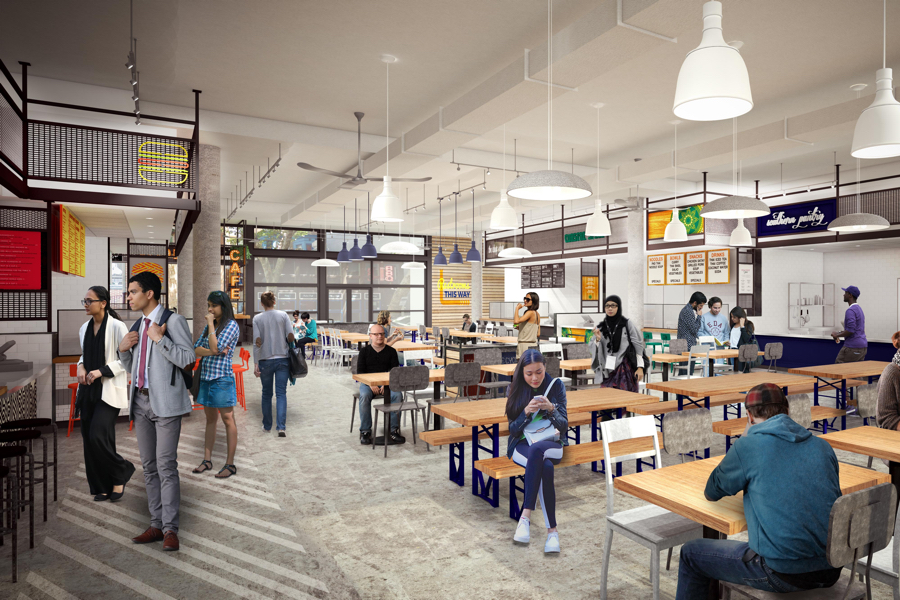 Rendering courtesy of University of Pennsylvania

Food halls — from Reading Terminal Market to Chinatown Square to The Bourse — are still trending, and now the University of Pennsylvania is getting in on the action.

The new food hall will take the place of the former Moravian Food Court at 3401 Walnut Street and is slated to open sometime in early 2018. The 10,000 square foot space will house seven vendors, with a focus on local businesses and fresh, locally sourced ingredients. It will seat 174 guests indoors and will be open for breakfast, lunch, and dinner seven days per week.

So far, five of the vendors have been confirmed. Michael Solomonov’s vegan falafel spot Goldie and a scaled-down version of Michael Pasquarello’s local meat-centric Kensington Quarters will both be tenants, and The Juice Merchant, which has locations in Manayunk and Narberth, will set up shop with organic and vegan fresh juices and cafe fare.

Two other tenants already have a presence in West Philly: Pitruco Pizza, which pops up around the city in its food truck, also serves pies under the moniker Enjay’s Pizza out of campus mainstay Smokey Joe’s Cafe on 40th Street, and Little Baby’s Ice Cream has an outpost at 49th and Catherine Streets in Cedar Park.

In addition to the food hall, Penn is adding a few other new restaurants in the coming months: Bernie’s, a casual restaurant and bar with locations in Glenside and Hatboro, is slated to open this fall, along with another location in Manayunk. And Louie Louie, a European cafe concept, will open on the ground floor of the Hilton Inn at Penn in early 2018.