Beiler’s Donuts Is Now On Wheels

With a slick new truck, the Pennsylvania Dutch donut shop has gone mobile. 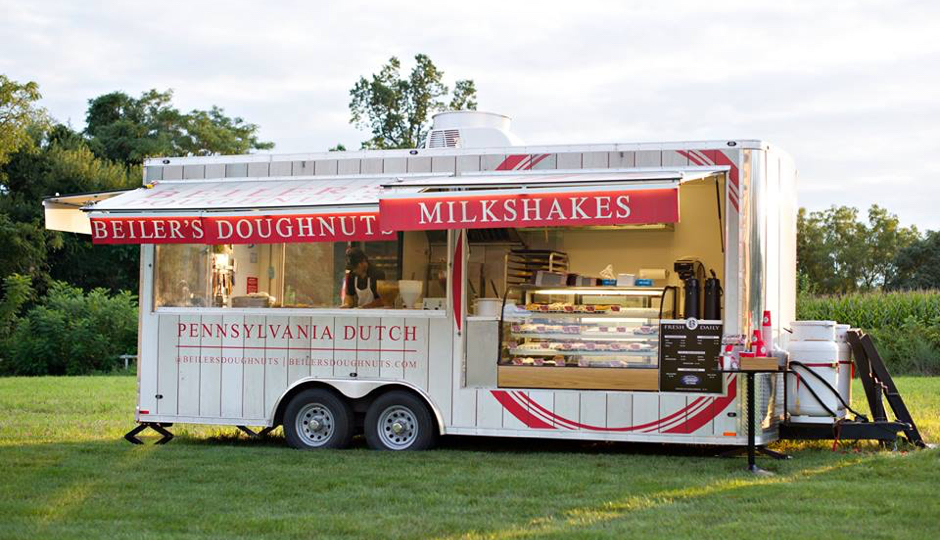 Since they revamped their Pennsylvania Dutch pickles-and-salads stand in Reading Terminal Market to include donuts made onsite four years ago, Beiler’s Donuts has become a citywide favorite.

They’ve added a third location in University City (in addition to their spot in Lancaster) and won the hearts of Philadelphians and tourists alike — including the award for Best Donuts in Philly in 2013.

And now, they’ll bring that those doughy, sugary rings of deliciousness right to your event and fry ’em up on-site.

That’s right: Beiler’s has a mobile donut-making truck, and it’s about to make your outdoor events even more delicious.

The truck is big and beautiful, decorated with festive red and white stripes and roomy enough to include everything Beiler’s needs to take their donuts from fryer to frosting to the shiny glass bakery case. If that wasn’t enough, the truck also serves coffee and milkshakes made with Bassetts ice cream.

Book the Beiler’s truck (you know you want to) by getting in touch with catering@beilersdonuts.com.