TALK Is Preparing To Shake Up Walnut Street (Again)

The new restaurant from the Marigold Kitchen team now has part of a menu an opening date--and we've got pictures. 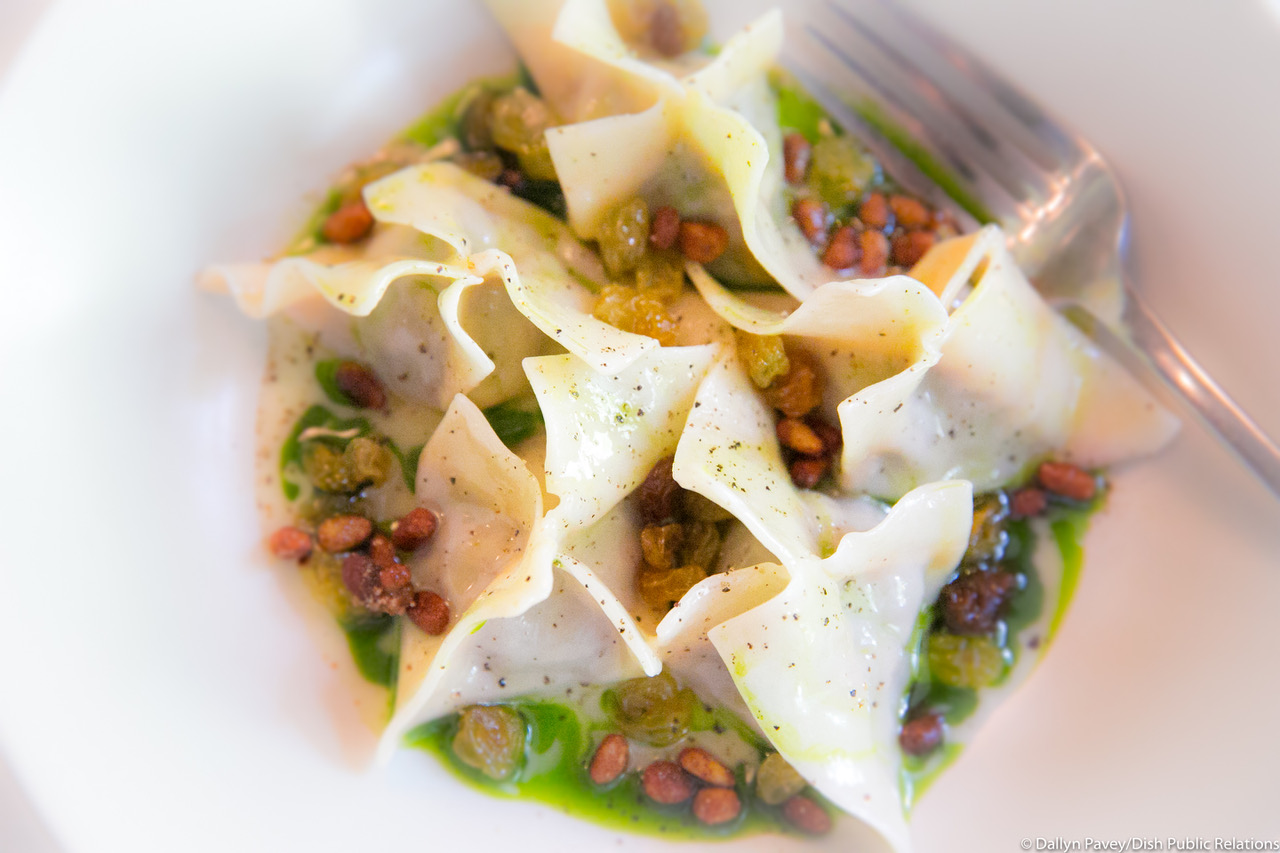 TALK–the new acronymical restaurant from Tim Lanza and Andrew Kochan (Tim Andrew Lanza Kochan, get it?)–is building out in the former L’Image Photography Studio space at 2121 Walnut Street. This is an address we’ve been watching for quite some time because it’s… Well, it’s perfect. At least from the outside, it has everything a Philly restaurateur could want in 2017.

Which is to say its on the Schuykill end of Walnut Street. And really, that’s all that matters.

Seriously, what’s been one of the biggest small openings of the last several months? Res Ipsa. And Res Ipsa is right down the street. Where did Jose Garces put his new HQ and strange Italian restaurant, 24? Right at 24th and Walnut.

Vernick, Revolution Taco and Tria Taproom anchor the far end of this newly hot stretch of Walnut, and TALK is going right in between–with a proposed opening in October. It is sitting on what might become one of the best bits of restaurant real estate in the city. And what’s even better? This isn’t some bunch of nobodies, out-of-town carpet-baggers or chain operators moving in. This is the crew that operates Marigold Kitchen–one of the best, weirdest, most daring restaurants in the city. And TALK (which, I grant you, is a ridiculous name, acronyms or no) is their play for “eclectic New American a la carte,” which means they won’t even have the complications of operating with the challenges of a tasting menu here. Just a regular menu full of regular things that regular people want to eat.

You know, like carrot beignets, lamb wontons with raisins and scallops served with corn fungus.

Okay, so you didn’t really think these guys were gonna serve hot dogs and fried Twinkies, did you? No, this is a team that delights in pushing boundaries. And while the space is being built out, they’ve been menu testing at Marigold–working on some of those above-mentioned oddities. And lucky for us, they’ve decided to share some pictures. Dig it: 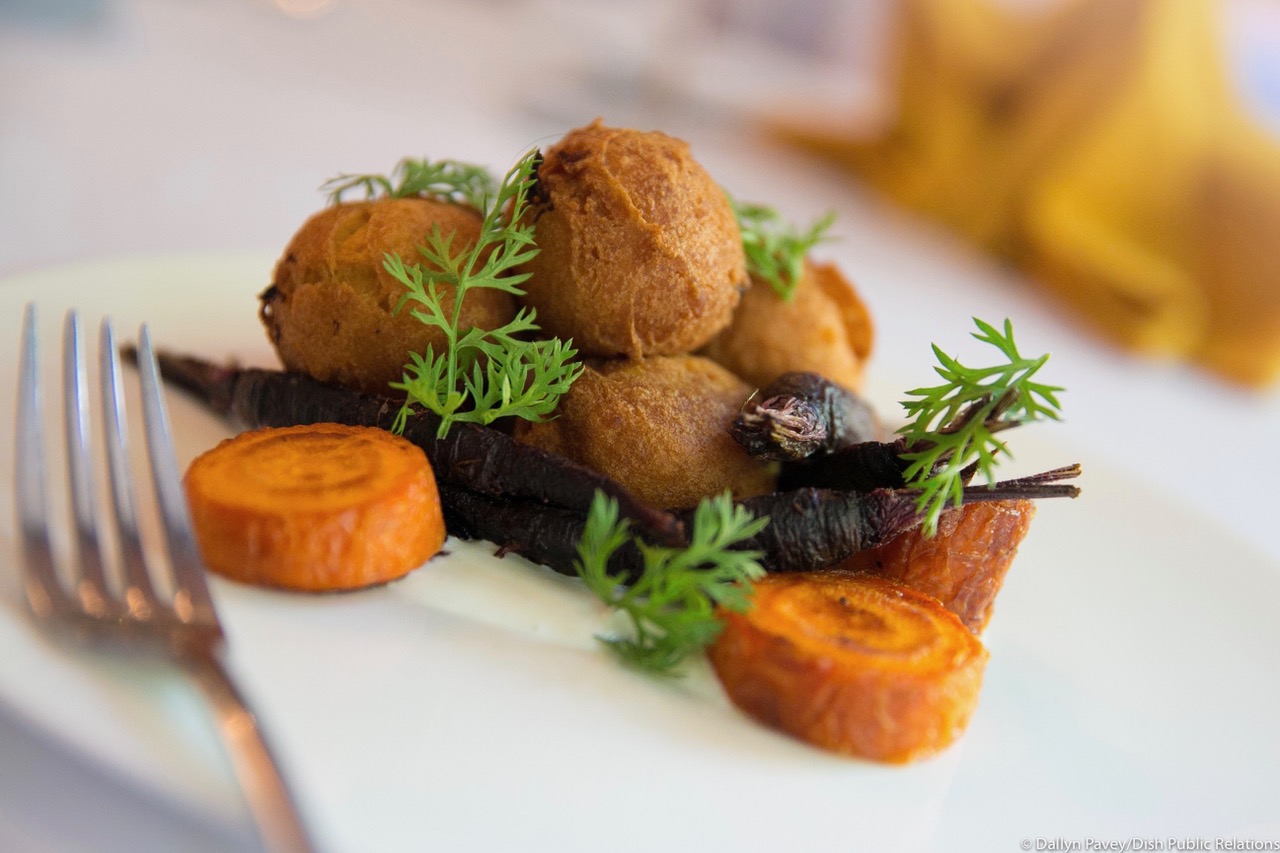 Carrots
Beignet, Crème Fraîche, Duck Fat
So yeah, carrots made into beignets–roasted in duck fat and “transformed” (using magic, I assume) into fluffy beignets that are then topped with house made creme fraiche. The funny thing? In the actual description that I was emailed, they call them “vegetarian.”

Lamb Merguez Wontons
Mint, Holden Raisin, Pignoli
Sausage-stuffed wontons sounds like the kind of thing they’d serve on the All-American Lard-Ass menu at some nightmare Applebee’s. Which means I can’t wait to see what this crew does with them. 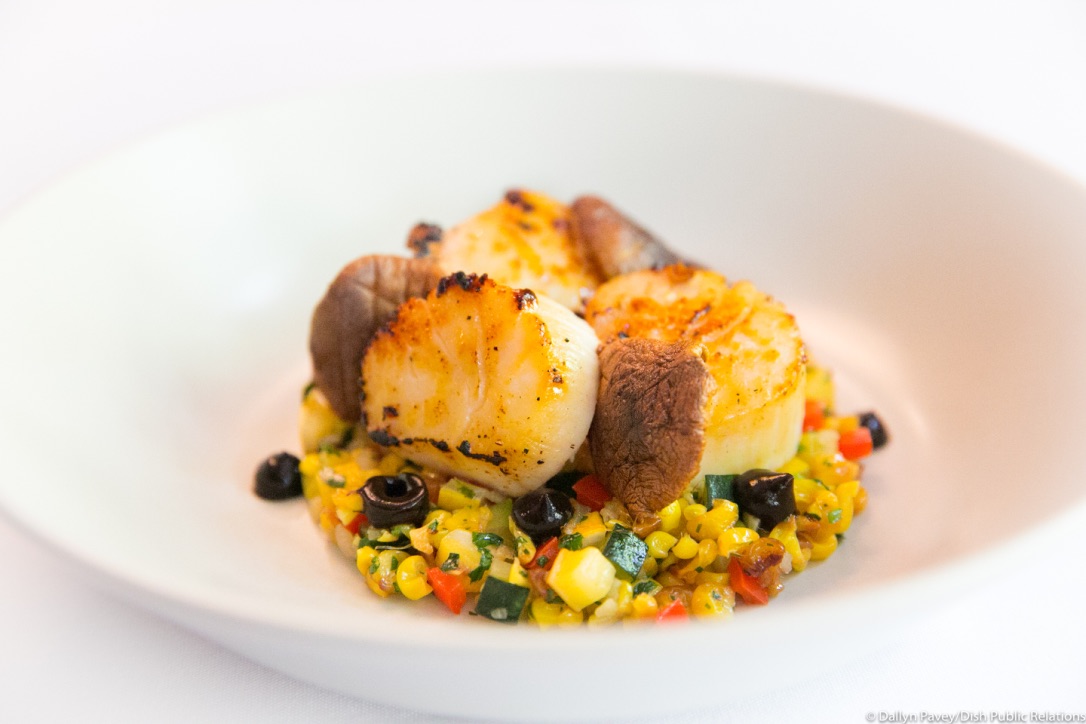 Scallop
Summer Corn, Shiitake, Cilantro
This is actually a fairly straightforward dish–almost definingly New American with its corn succotash and watercress. The cilantro and huitlacoche give it a fusion-y taste of Mexico, but I’m curious how the final version of the menu will shake out as we get closer to that October opening. Is it going to lean more in the direction of dishes like this? Or more toward the carrot beignets and sausage wontons.

Personally, I’m hoping for the latter. But I’ll let you all know more as soon as I know more.