Cheu Fishtown Will Open This Friday

Peep the menu and check out photos of the new space. 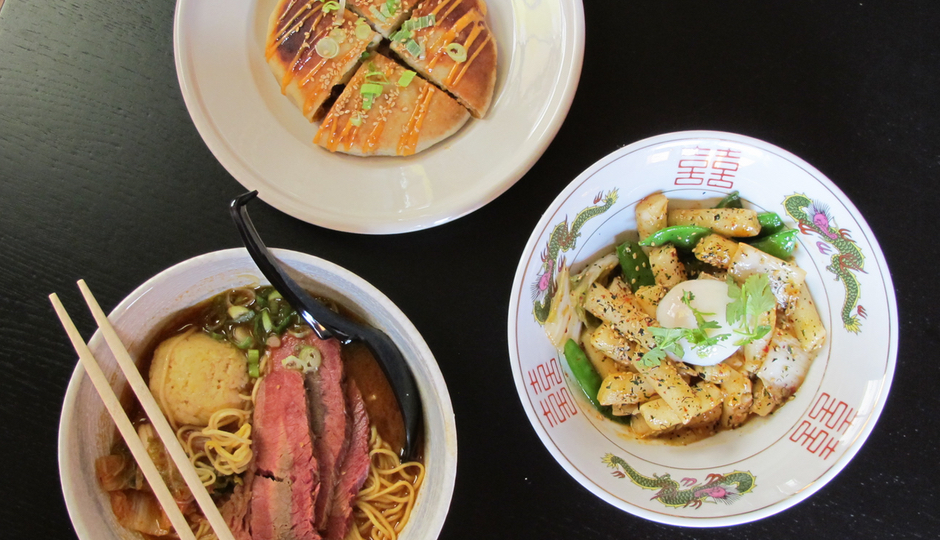 When Ben Puchowitz and Shawn Darragh’s opened their ramen shop, Cheu Noodle Bar, there wasn’t a doubt in the world — at least by us (for Puchowitz and Darragh, it was a different story) — that the concept would be a great success. And now, four years in, Cheu Noodle Bar feels classic, like it’s been here for decades, because those guys know how to make a restaurant fit in in Philly. They did it in Washington Square West, and then again with Bing Bing Dim Sum on Passyunk Avenue.

And by the end of this week (Friday, July 21st), they’ll go for three with the opening of Cheu Fishtown at 1416 Frankford Avenue.

It took the guys about year-and-a-half to convert the old Bike Stable into the new Cheu. And with the help of Rohe Creative’s design work, they’ve managed to capture that fun and funky vibe us Cheu-lovers know and love. Lights (by Ben’s brother Zach Puchowitz) are custom-blown and you can spot his signature illustrations all over the restaurant — on the tile walls, even all over the toilet and sink. The dining room mural is by Australian and Singaporean street artist team Yok & Sheryo. Take a tour of the space here: 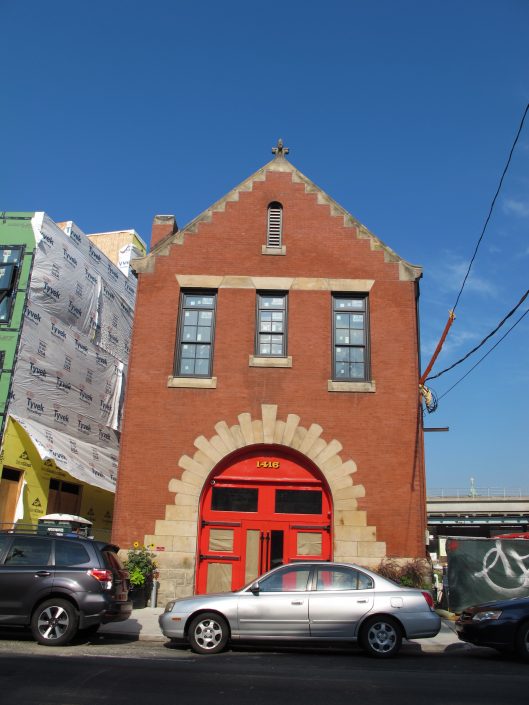 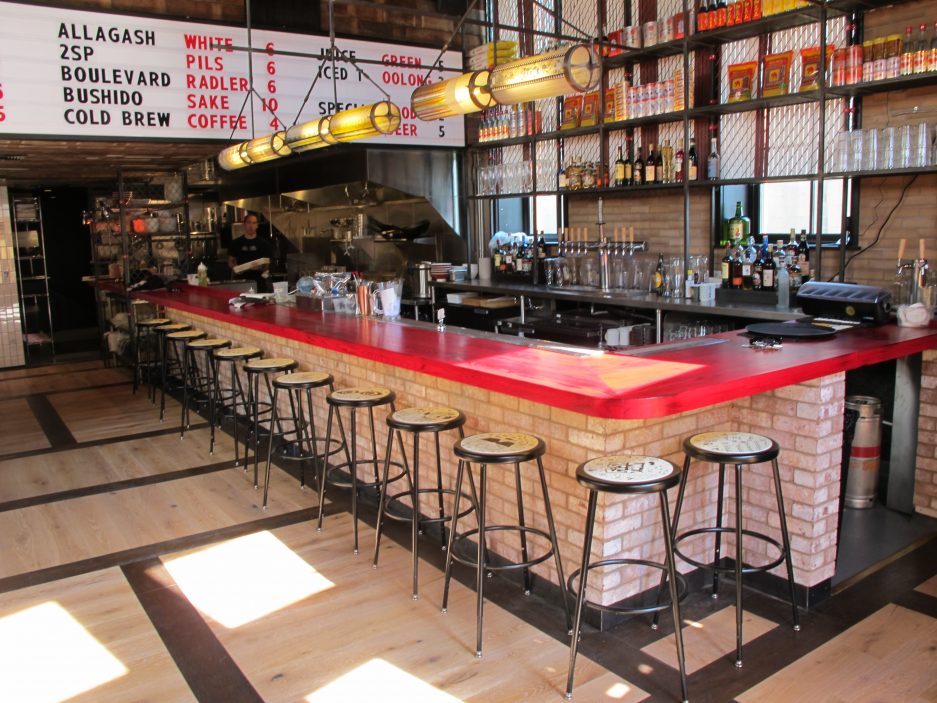 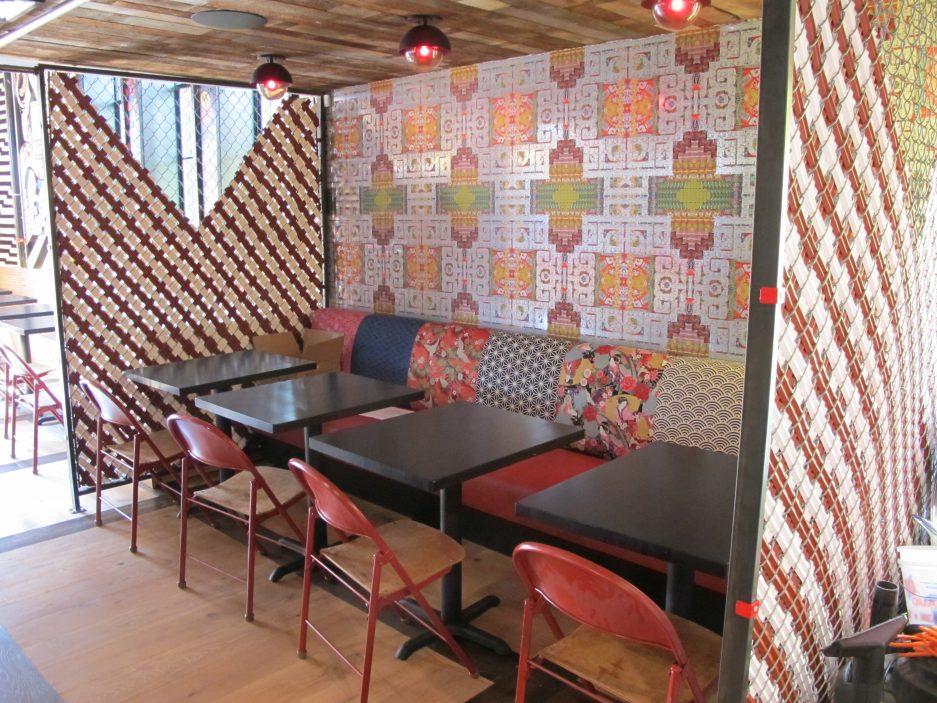 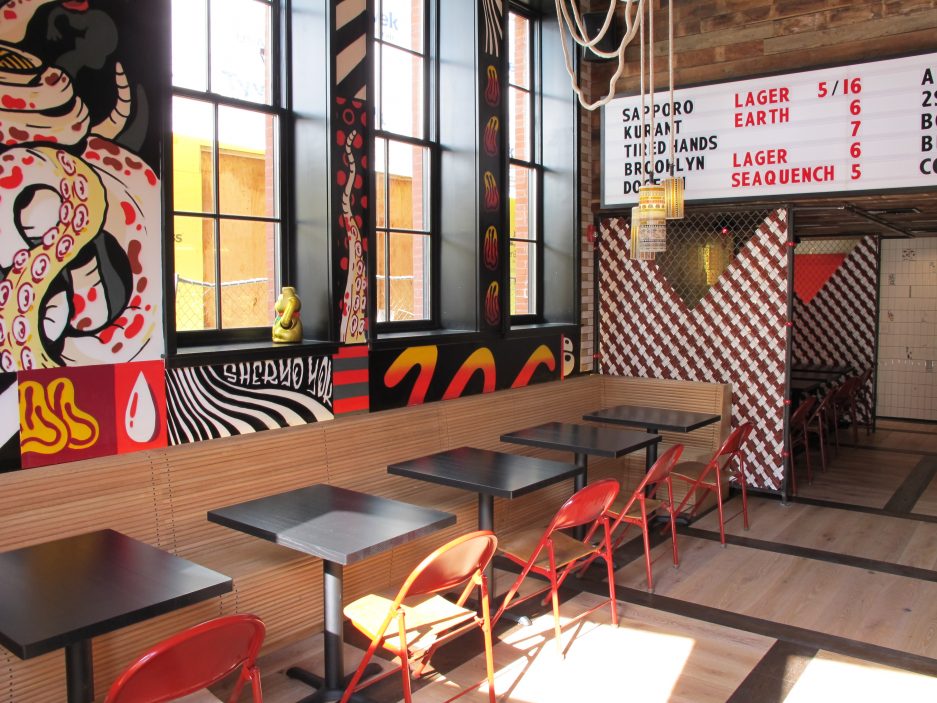 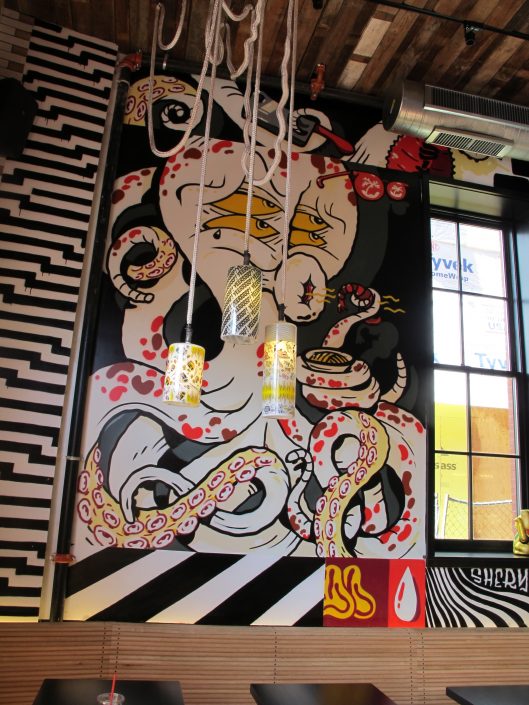 Find the opening menu below. Keep in mind, Cheu Fishtown is not a Cheu Noodle Bar replica. The classics are all there (black garlic wings, brisket ramen, and miso ramen), but Puchowitz and his exec-chef Justin Bacharach chose to go a little less noodle-heavy, adding quite a bit more small plates and even a party-plate (feeds 2-4) of char siu brisket. 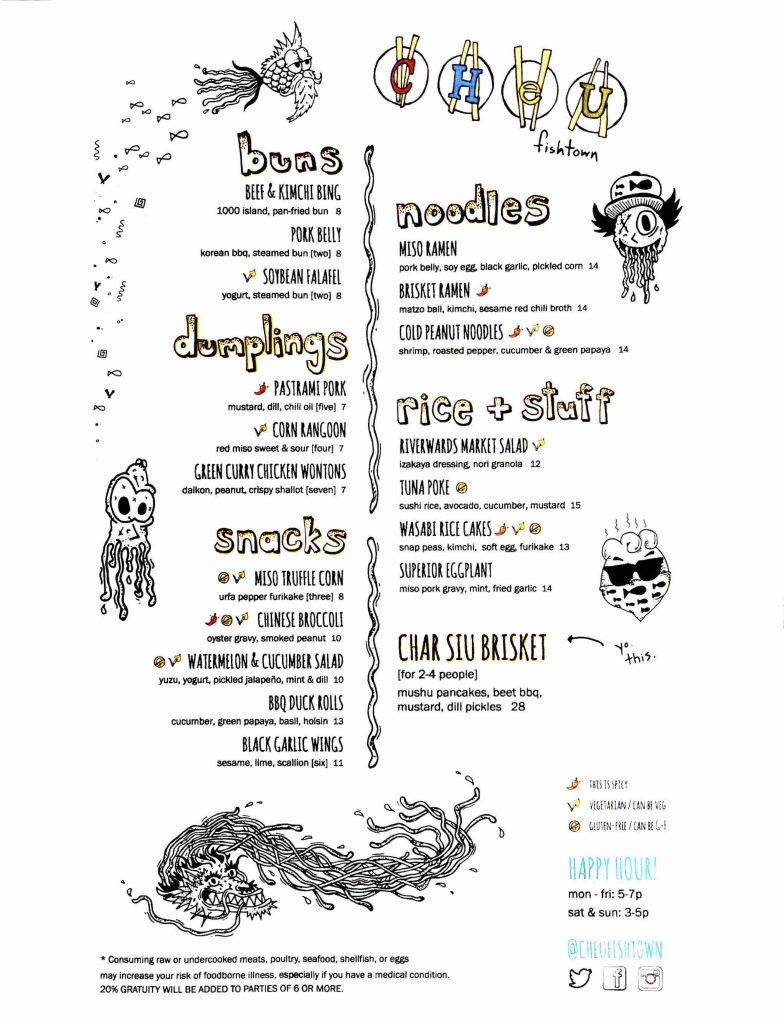 For the back-burner: right next door to Cheu Fishtown, there’s a second concept already in the works. Puchowitz and Darragh are opening a Japanese bar called nunu, which will share the outdoor patio with Cheu. The plan: late-night drinks, yakitori, kushiyaki, and other Japanese bar snacks.