Vibrant flavors and fresh ingredients, all wrapped up. 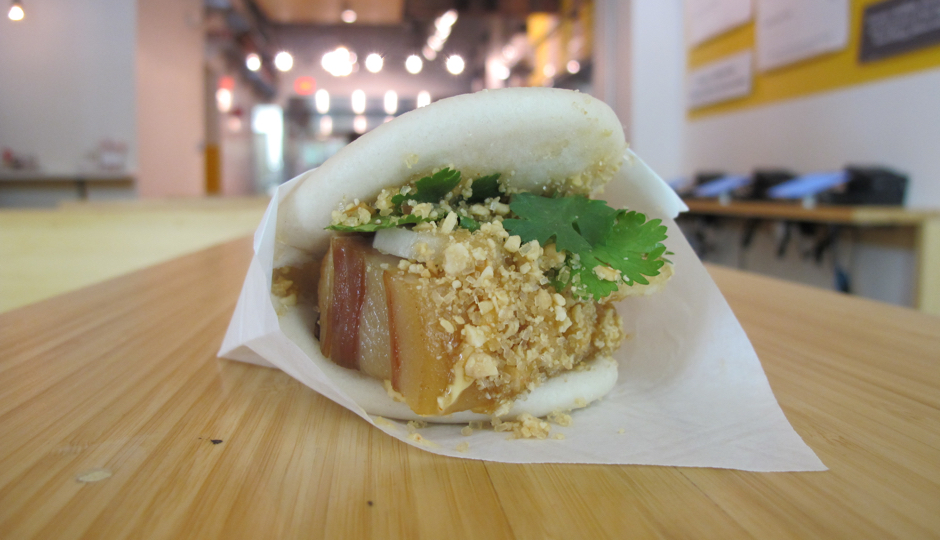 We love Philadelphia’s current fast-casual wave: chefs from the city’s top restaurants are opening concepts based on crowd-pleasing foods like pizza, hummus, and falafel, filtering these cheap eats through a hip, sophisticated lens.

And the latest addition to this high-low trend is a welcome one: Baology, Judy Ni and Andy Tessier’s thoughtfully sourced homage to Taiwanese street food, fills a significant gap in the city’s fast-casual roster.

Located in the Sterling building at 1829 JFK Boulevard, Baology presents the Taiwanese food Ni ate as the child of first-generation immigrants; her grandmother, who lived with the family for half the year, would recreate dishes from home using ingredients that were readily available in the states. 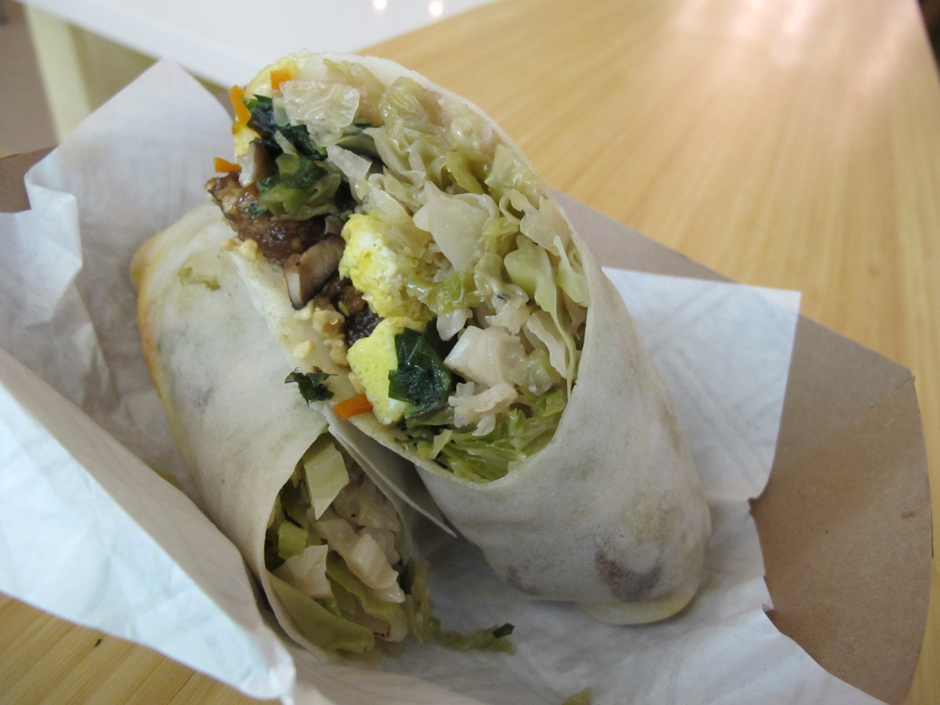 During a former career in venture capital, Ni dreamed of serving Taiwanese food at her own restaurant. She staged in kitchens in North Jersey, where she met her now-husband Tessier, then scored a job at farm-to-table paragon Blue Hill at Stone Barns. After moving to Philadelphia, where they hoped to open day open their own spot, the couple continued in the farm-to-table vein, running Josh Lawler’s WashWest BYOB The Farm & Fisherman.

True to its name, the menu at Baology — bao can mean bun, package, or bag or describe the act of wrapping something — is built around delicious things getting stuffed and wrapped into other delicious things.

The thin wrappers of guo tie, or potstickers, are stuffed with ingredients like pasture-raised chicken and garlic chives or seasonal veggies, then pinched closed and fried till the bottoms are golden and crisped and the tops are steamed. Gwa bao, fluffy steamed buns, are slit open and stuffed with slow-roasted Berkshire pork belly or grilled king oyster mushrooms along with traditional embellishments like pickled mustard greens, peanut powder, and cilantro. 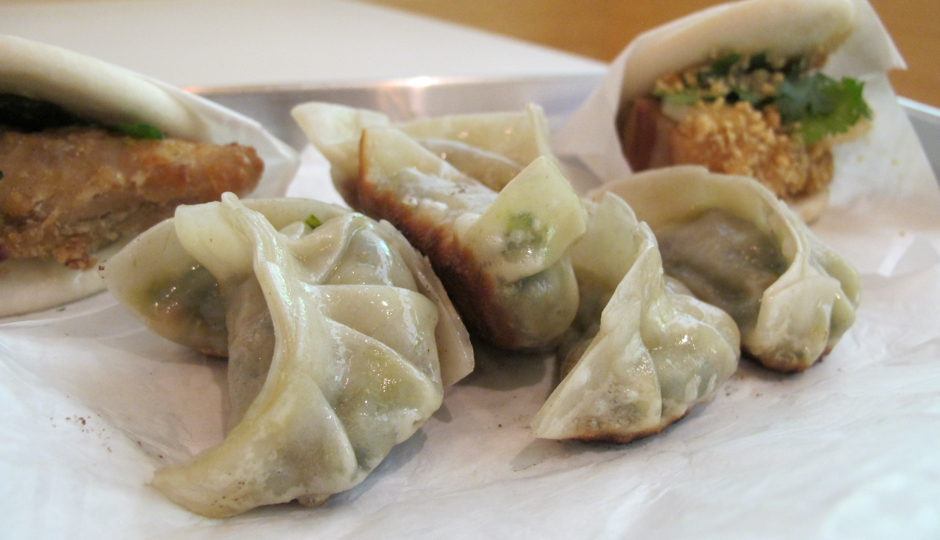 Ruen bing — typically enjoyed at street fairs and family gatherings in Taiwan — look like a steamed spring roll and an overstuffed burrito had a delicious baby. A thin, snappy-textured wheat flour wrapper is filled with a base of sautéed cabbage and carrots, veggies or meat, and a sprinkling of peanut powder. Sides-wise, they’re sticking to seasonal pickled veggies and a smashed cucumber salad for now. And Ni has brought in two favorite soft drinks from her childhood visits to Taiwan, Apple Sidra and the root beer-esque Hey Song Sarsparilla, as well as rare Taiwanese oolong teas sourced through New York’s Té Company.

What’s even better than the emphasis quick-serve, underrepresented cuisine made with fresh, thoughtfully sourced ingredients? The pricing. Ni and Tessier have launched a Center City brick and mortar restaurant, but the menu is highly affordable: the most expensive ruen bing will set you back just $4.50.

Orders are placed at one of three touchscreen tablets anchored below the wall menu. Guests are encouraged to mix and match the different bao on offer; potstickers are priced at just over $1 each and come in orders of three, six, or nine to encourage diners to try multiple flavors.

The restaurant is still in its soft-opening form, so the menu is slightly limited. Monday, June 19th is the official opening day, and the rest of the week will be what they’re calling a “Week of Community & Giving” — all of the proceeds through the week will be donated to different charity organizations around Philly.