One half of the team that brought the city Standard Tap and Johnny Brenda's tells us about dropping out of college and how Donald Trump changed the beer lineup at the Tap. 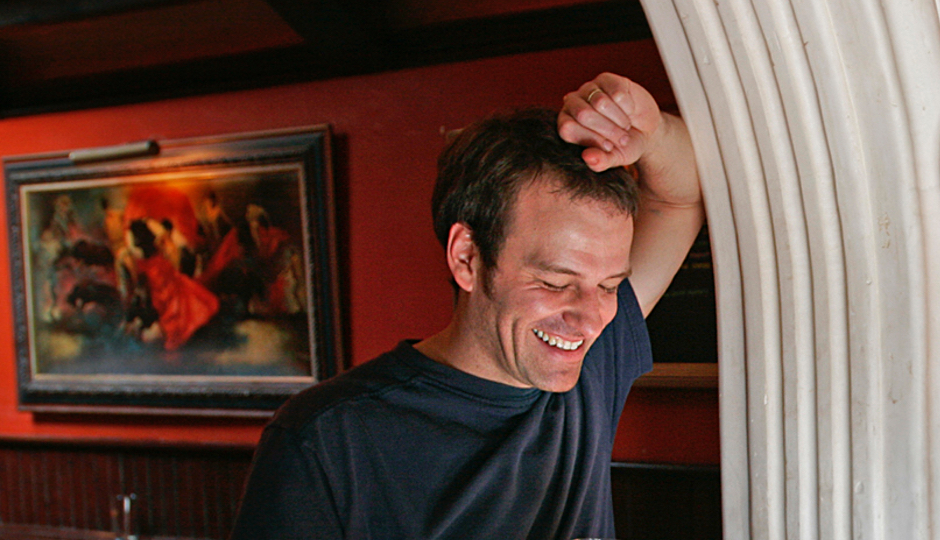 Behind the Line is our new weekly interview series with the people who make up Philly’s dynamic bar and restaurant scene. For last week’s interview with a bartender at iconic city dive bar Bob & Barbara’s, go here.

With Philly Beer Week upon us, we decided to check in with Philly Beer Week chairman William Reed, who, along with his business partner Paul Kimport, opened Northern Liberties’ Standard Tap and Fishtown restaurant/music venue Johnny Brenda’s back when those neighborhoods were nothing like they are today.

I grew up in… Berks County. Close to Reading but closer to Oley than Reading. One one side we had Pennsylvania Dutch farmland. On the other side, the suburbs outside of Reading.

I came to Philadelphia because… I was going to Drexel for computer science. I think it was in ’88 or ’90. I didn’t graduate. Went 3-1/2 years. I was having trouble affording it, because I was paying for it myself. At the same time, I really got into craft beer and home brewing and thought that if I worked as hard on brewing beer as I did to get through Physics IV, I could really brew some beer. And then I talked my way into a job at Sam Adams Brewhouse.

When Paul and I opened Standard Tap in ’99, Northern Liberties was… a… transitional neighborhood, as they say. We used to have two chicken processing plants in Northern Liberties. It was a weird mix of industrial use and not a whole lot of housing, and it’s shifted dramatically in the last fifteen years. 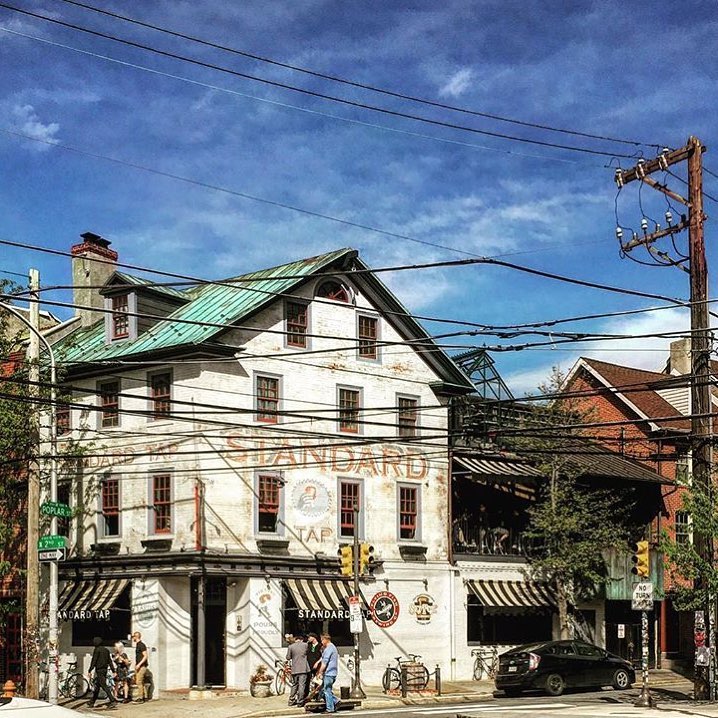 We decided to open Standard Tap… after planning to open a brewpub. We realized how much of the short end of the stick local beers were getting in Philadelphia, and we decided to have a place that’s just about local beer. Not just kind of about it. But all about it.

When we opened Johnny Brenda’s in Fishtown in 2004, Fishtown was… a little bit scary.

Philly Beer Week has become… the model for over 100 beer weeks around the world. Next year, Tokyo will have a beer week for the first time. Now we’re starting to get invited to them. Never been to Japan. That would be a pretty good reason to go.

I joined Philly Beer Week… as a participant the first year, and for about five years now, I’ve been chair president. I was co-chair with Tom Peters and then he bought me off with two cases of Russian River Supplication.

If you think you don’t like craft beer, you should try a… Sly Fox Helles.

The last time I had a Yuengling Lager was… probably ten years ago. We actually had the Yuengling Chesterfield and Porter at times at the Tap, but the last bit with Trump… I really don’t like your beer and now you’re kinda pissing me off.

If I weren’t doing this, I would… definitely not be a computer scientist. I was ready to shoot myself in the head after two co-ops of that.

I love beer, but my favorite mixed drink is… Rowhouse Gin with fresh grapefruit juice.

When someone tells me they want to open a bar… I usually just say, Yeah, yeah, sure. Absolutely. You should do that. But what I’m thinking is, it’s not what you think it is. They see me standing at the bar sometimes with a beer and they think that’s what this is all about. But the reality of this life is not happy hour.

The Philly bar scene wouldn’t be the same without… Joe Gunn and Casey Parker and, of course, Fergie.

One local restaurateur I really admire is… Ellen Yin.

The worst idea we ever tried at Standard Tap was… that beer and orange juice mixture. And I tried to make a Flaming Moe from the Simpsons one time.

When we decided to open a music venue, we didn’t realize… it was like having ten new employees every time there is a show.

For my last real vacation, I went to… Amsterdam last year with the Philly Beer Week contest winner. There’s a raffle, someone wins, and they get to pick their favorite brewer to go with them and us. We kind of devised a stalk-a-brewer contest, but so far it’s worked out.

For my next vacation, I’m going to… Italy in August. Mostly Umbria. A friend of mine just moved there and has a sweet setup with a pool and horses. I can’t not go.

If you’re taking me out for dinner, let’s go to… Double Knot.

My favorite beer city on Earth other than Philly is… Brussels. Brussels is pretty fucking good.

The worst part of this job is… being responsible 24/7. The building. The staff. The everything. I’m the first person that gets called when a toilet is overflowing.

The best part about this business is… writing off a trip to Brussels as work. That’s pretty fucking sweet.

People who say that the city makes it hard for small businesses to operate… must have tried to open a small business here. It can really be that bad. It’s surprising just the roadblocks that they put up in front of you.

One beer I just can’t stand is… anything with watermelon.

Behind the Line [Foobooz]