Your guide to the best eats of Beer Week. 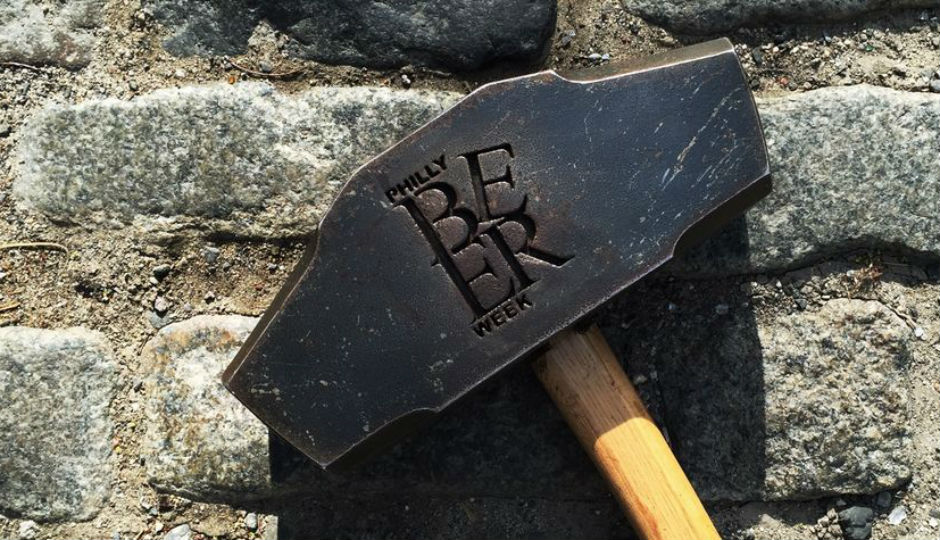 Philly Beer Week 2017 is almost here, and just scrolling through the seemingly endless list of beer-soaked tastings, specials, meet and greets, happy hours, tap takeovers, dinners, lunches, and brunches is enough to make your head spin like you just chugged a six-pack of Golden Monkey. Not to worry — we’ve combed through the calendar for the hottest food-focused PBW events, from pig roasts and barbecues to beer high teas and prix fixe menus that will have you eating and drinking in style all Beer Week long.

Sancho Pistola’s is the perfect spot to pregame before the Opening Tap festivities at The Fillmore — and if you pace yourself, you’ll still be able to walk back post-Opening Tap for the afterparty. They’re featuring a slew of fruit-forward brews from Florida’s Coppertail Brewing — the boysenberry-colored and -flavored Purple Drank, tropical fruit-forward Powder IPA, and Hawaiian Ponch, a coconut-strawberry-pineapple Berlinerweisse — paired with short rib, BBQ chicken, and roasted eggplant flatbreads. 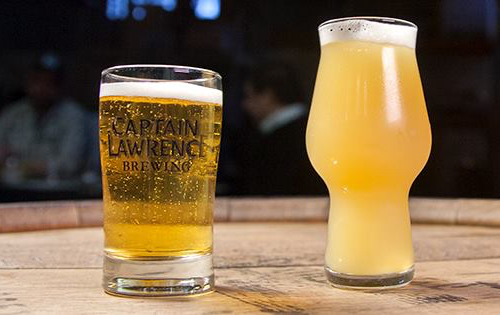 Hudson Valley-based Captain Lawrence Brewing Co. is setting their PBW events apart with their Raw Food Tour, a series of raw-themed food and drink events around the city. (With respect to the customary pig roasts and sausage fests, we’d love to see more innovative, food-forward choices like this at future Philly Beer Weeks.) On Thursday night, Heritage will pair some surprise raw selections from the kitchen with four Captain Lawrence selections, including Cucumber Berliner and Barrel-Aged Gold. And for one night, Heritage will eschew live jazz in favor of hip-hop courtesy of Strawberry Mansion DJs.

The Anglophiles at Victoria Freehouse are pairing a slew of craft beers with a simple yet decadent bar snack from across the pond : the Scotch egg, a hard-boiled egg encased in sausage, then battered and deep-fried. (Be still my heart. Literally.) They’ll be frying up the classic and several Americanized takes on this distinctively UK treat: choose from buffalo chicken (served with blue cheese), a South Philly-inspired version made with Italian sausage and long hots, curried lamb with green apple chutney, and, of course, cheesesteak (wiz wit, naturally).

Beer is delicious with just about any food — including raw meat. On Friday night, the kitchen at Time will be pairing both traditional and non-traditional tartare dishes with a selection of Captain Lawrence brews.

Beers and beaches go together like nothing else — unless you include fresh-caught seafood in that combination. Cape May Brewing Company have teamed up with Irish Pol executive chef Matt Rodin for a day of locally caught fish dishes paired with beers from everyone’s favorite seaside town, starting at lunchtime and going through dinner.

Down in deep south Philly, Taproom on 19th is celebrating Beer Week with an old-fashioned barbecue and block party, complete with whole roasted pigs and a bouncy house for the kids. And, of course, the beer will be on point, with ten taps pouring outside courtesy of Origlio Beverage including some rare brews you won’t want to miss. Look for selections from Green Flash, Pizza Boy, Weyerbacher, Oskar Blues, and more. 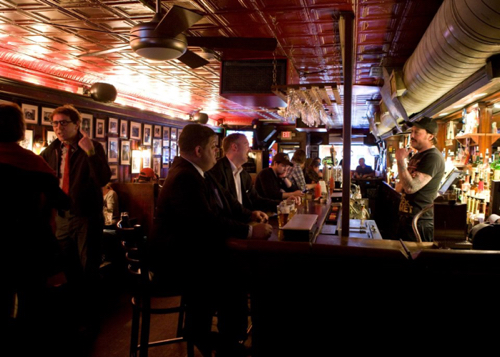 Sure, we love it when the beer and food pairings at PBW get a little erudite, but you can’t deny the classic appeal of a hjot, juicy sausage and a cold glass of beer. With this in mind, the chefs at Good Dog — executive Jessica O’Donnell and sous Christian Avedano — have developed house-made sausage and mustard recipes to pair with some Sierra Nevada goodies. The bar is tapping a firkin the new Torpedo Extra IPA, the first to be produced using Sierra Nevada’s revolutionary new “hop torpedo” dry-hopping device. They’ll also have new drafts from the California-based brewer’s collaborative Beer Camp line on tap, like their dry-hopped Berliner and white IPA with yuzu, among others.

Set your alarm for early afternoon and hit JB’s for the always-stellar brunch courtesy of chef Adam Diltz and his crew. In honor of Beer Week, the bar is highlighting a selection of unfiltered brews — the perfect match for the bleary-eyed p.m. breakfast crowd. 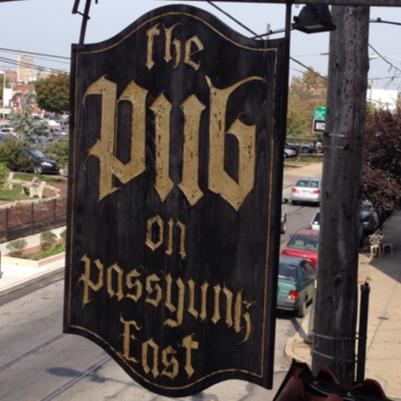 Media, Pa.-based Sterling Pig Brewery takes over ProTap on Sunday for an open-air celebration of all things porcine, complete with games of Pin the Tail on the Piggy and a very special pig-ñata to swing at. Chef Val Stryjewski is brining a whole pig with Sterling Pig’s spent mash — and with this being one of Kensington Quarters’ sister restaurants, you can bet that he or she was one happy, pasture-raised local piggy.

Philly Beer Week’s oyster-centric celebration is back for 2017, and three venues across the city are offering specials on the half-shell. At Victoria Freehouse and Bait & Switch, the deal is $15 for 10 raw oysters and a draft pint. At Johnny Brenda’s, the same price gets you a four-beer tasting flight and four oysters to pair with it.

This Euro-focused beer dinner includes pours from the old world — predecessors to America’s booming craft brew scene, if you will, plus exciting new beers you may not have tried. Five unique beers will be paired with five courses, including sprouted quinoa with smoked mussels, lamb tongue with plum three ways, and chocolate stout pot de crème. Dinner and pairings cost $65 plus tax and gratuity. Space is extremely limited — call 215-625-3700 to reserve your spot.

The freestyle food scientists at our favorite fermentery are celebrating their weekly Martha Monday by hosting a stop on Captain Lawrence’s PBW Raw Food Tour. Brewer Dan Conway and Martha fermentation director Mike Landers have teamed up to pair a selection of pickles and brews that play well together — like snap peas fermented with Hudson Harvest Apricot Sour and dill-pickled asparagus paired up with the dill-like hop notes in their Sunblock Ale. And don’t miss other rare beers they’ll be pouring from the Captain Lawrence stash, like Odds & Ends Batch #1, a rich, rounded new blend of fruited sour beers aged in oak tanks. 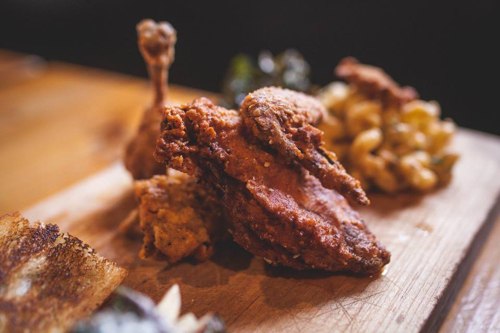 This epic beer dinner (named for this viral video) is back for 2017. Chefs Han Chiang of Han Dynasty, Chad Durkin of Carlo’s Bakery and Cake Boss,
Jaxon BYOB’s Matthew Gansert, Will BYOB’s Chris Kearse, Co-op’s Craig Russell, and Richard Sandoval of Aqimero will join Sancho Pistola’s chef Adan Trinidad in the kitchen. (Wow, that really is too many cooks.) Tickets are $100 per person plus tax and gratuity — reserve yours now by calling 267-324-3530.

If it’s Tuesday, it’s Fried Chicken & Cider Night at ProTap. And in honor of Beer Week, they’re hosting Dallastown-based Wyndridge Farm, which will provide several one-off single varietal ciders to pair with the kitchen’s famously delicious three-day fried chicken (that’s 24 hours in pickle brine, 24 hours to dry, and 24 hours in a buttermilk bath). Other locally sourced, single-varietal ciders from Boyertown’s Frecon Orchards and West Chester-based Levante Brewing will be on tap, too.

The Captain Lawrence raw food residency continues with a ceviche-centric evening featuring brewmaster Justin Sturgess. They’ll be pairing beers that go well with the bright and briny flavors of ceviche, like Hops And Roses, a sour ale aged in wine barrels with hibiscus, rose hips, and elderflowers, and the dry, bitter American Funk, a 100 percent Brettanomyces-fermented IPA that’s aged in oak for several months. 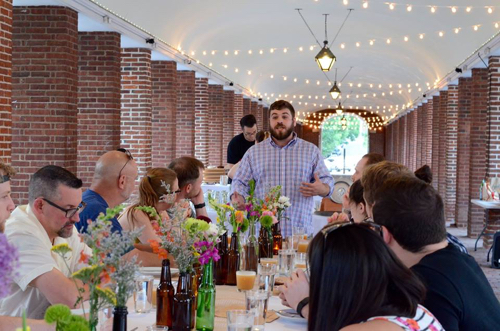 The pizzeria that ranked as the spot for 2014’s Best Pasta for their handmade spaghetti is taking things outdoors for this family-style, prix fixe dinner beneath The Shambles in Headhouse Square. They’ll pair a special four-course menu with five beers from Aston-based 2SP Brewing. The dinner costs $60, not including tax and gratuity. Call 215-320-8000 to make your reservation.

The name says it all: The kitchen at Time is busting out some rare beers from the New York-based Belgian-style brewery, and they’re cooking mussels with them. Get there early so you don’t miss out on that beer-boosted broth. 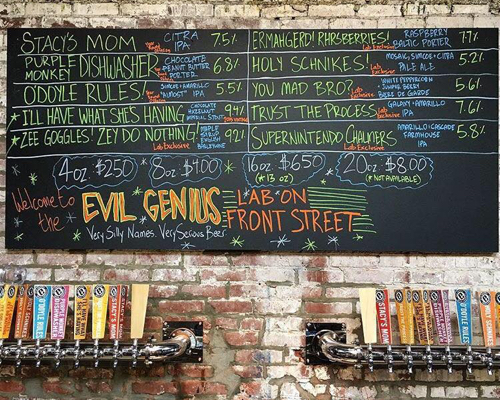 Have you ever wondered why wine geeks, beer nerds, and coffee dweebs describe the artisanal beverages they taste with phrases like “fresh hay” or “leather” or “dark berry notes”? It’s because they’ve used the tasting wheel. And the brewers at Evil Genius want to make you better at identifying and describing flavors with this lesson, featuring a guided tasting led by head brewer John DiFibaugh. Guests will go through all the flavors of the wheel with bites provided by Whole Foods and paired with Evil Genius beers on tap. Tickets are $45, and you can get them here.

Beer and cheese are both basically just different forms of grass: Cow eats grass, farmer milks cow, cheesemaker makes cheese from milk. Farmer grows grain (just another kind of grass), maltster malts it, brewer makes beer. So of course they go beautifully together — in fact, they’re much easier to pair than wine and cheese for this reason. Industry chef Bryan Burger and the brewers at Captain Lawrence have collaborated on some cheese and beer matchmaking for this happy hour tasting — a great place to flex those flavor-identification muscles you developed at Evil Genius the night before. 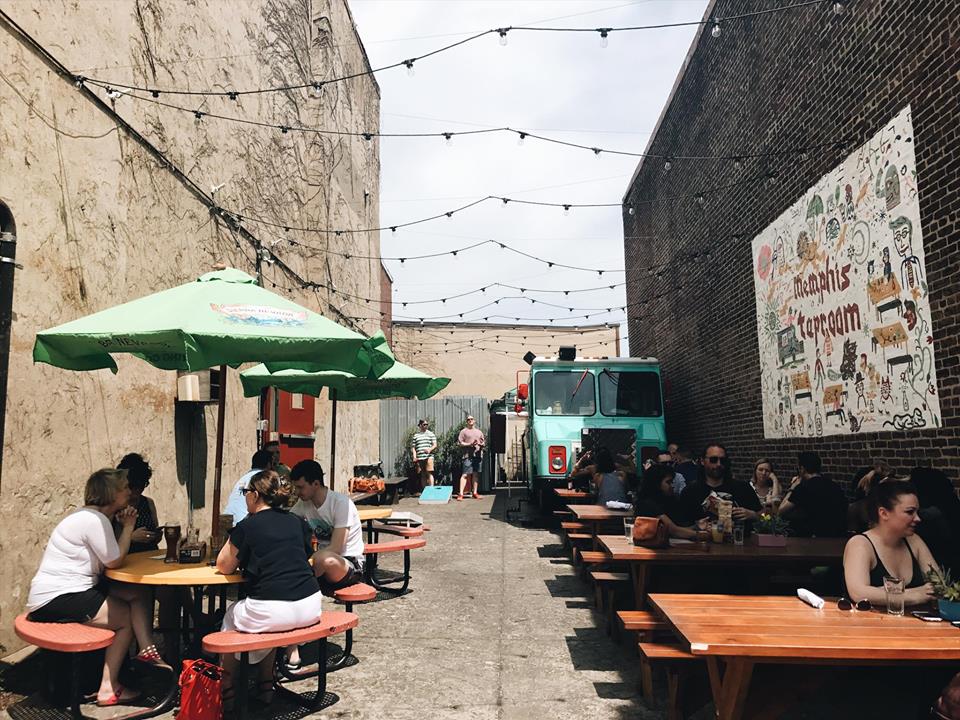 Every year, Memphis Taproom lets its expert homebrewer friends take over their backyard beer garden with unique, one-of-a-kind pours that you can’t get anywhere else. They’re highlighted alongside chef Jesse Kimball’s craft hot dogs from Memphis’s much-loved food truck. A $30 ticket gets you the homebrew plus all-you-can-eat dogs. Get yours here.

It’s high tea, but with beer — and for ladies only. Home Sweet Homebrew co-owner Nancy Rigberg will oversee this tasting of beers paired with traditional high tea offerings — savories, sweets, tea sandwiches, and the like. Fancy hats and punctuality (the event will start promptly at 2:30) are encouraged. Tickets are $28 — ladies, call 215-235-3500 to get yours.

Congratulations, you made it through Beer Week! To close out the 2017 edition, Cape May Brewing Company is taking over Heritage for their annual pie-flavored beer celebration and inviting you to relinquish any dignity you may have left after 12 days of revelry by covering your face in delicious fruit filling in a pie-eating contest. They’ll have with them 13 pie-flavored beers, from Key Lime Corrosion to Blueberry Cobbler Turtle Gut and Chocolate Cream Honey Porter. Cape May Brewing-themed prizes will go to the contest winner.