She tells us about her $2,500 tip, the worst pickup line a guy ever used on her at the bar, and the truth about the origin of "The Special." 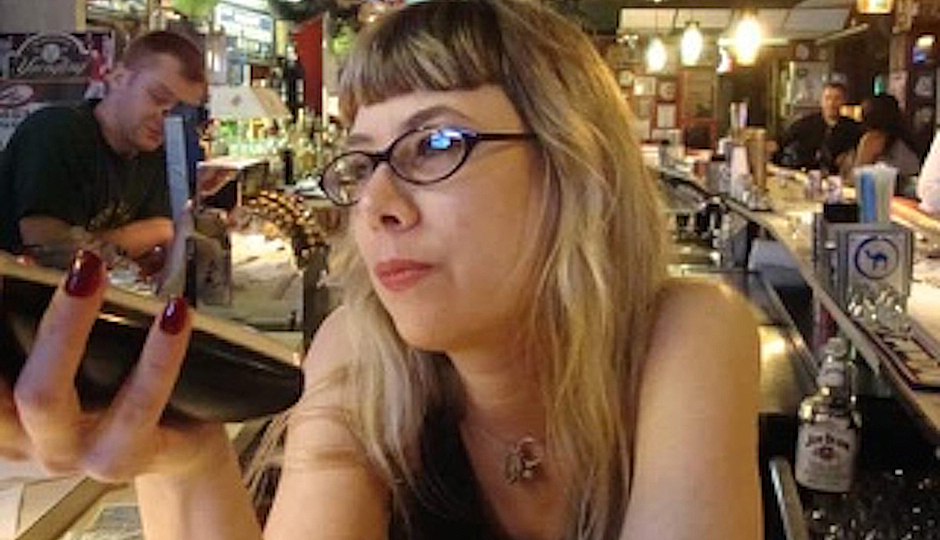 Kelly Wolff fiddles with the TV remote behind the bar at Bob & Barbara’s.

Behind the Line is Foobooz’s new weekly interview series with the people who make up Philadelphia’s dynamic bar and restaurant scene. To read last week’s Behind the Line with Sylva Senat, go here.

You can argue all you want about which dive bar in Philly is the best, but when it comes to national recognition for being Philly’s ultimate dive and one of the country’s best, no one competes with Bob & Barbara’s at 15th and South. So we got longtime Bob & Barbara’s bartender Kelly Wolff on the phone to see what it’s like working there and what you should never, ever play on the jukebox.

I grew up in… Frankford on Bridge Street in between Frankford and Torresdale. My parents still live there across from the big cemetery. I was sent to the Nazareth Academy for Girls, which was probably good for somebody like me because I was kind of a — what’s the right word? —a fighter.

These days, I live in… South Philly’s stadium country. We can hear Phils games in the backyard. I know what’s going on just by what it sounds like.

The worst part of living in South Philly is… parking. Everybody has five cars. There are no parking spots. Ever.

My first bartending job was at… All in the Family, a classic go-go bar on 13th Street. I started working there in 1992 when I was 22, and it was fantastic and surprisingly wholesome. Truly like a family.

My worst bartending job was at… Centerfolds. No matter how many people you waited on, you made the same $20. You could wait on two people or 40 people, and you’d make $20 in tips. 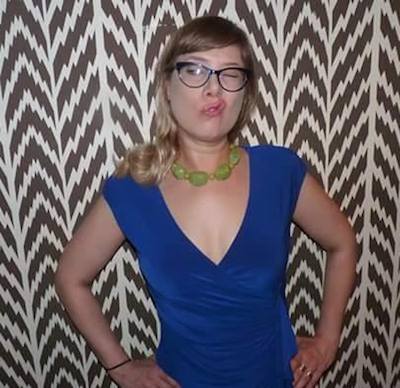 I started working at Bob & Barbara’s in… June of 2005. The owner, Jack Prince, asked me and I said hell yeah.

If I wasn’t a bartender, I would probably be… a psychologist or wet nurse.

When people ask me if Bob or Barbara is in… I think, well, I’ve only heard that ten to twelve times today. They died, I think.

Almost everybody who comes to Bob & Barbara’s orders… a Special. That’s the thing you kids call a Citywide. It’s Pabst and a shot of Jim Beam, and it’s a rite-of-passage at Bob & Barbara’s.

The most specials I have ever consumed was… probably five.

There’s a lot of false history out there, but the Special was invented… by Rick D. at Bob & Barbara’s in 1994. Rick was a wonderful guy responsible for Tritone — which is now Cambridge — and before that, Nick’s on 2nd Street, where he booked some of the best music in the city. He died in April of 2007. I’ve heard from many other people that the Special was their idea, but I know it was Rick’s.

If you want to find me behind the bar… I’m here Wednesday and Sunday nights and Friday and Saturday during the day.

When people complain that the cost of the Special has gone up… I giggle because the Special was $3 for 20-plus years and it’s still a deal at $4. Actually, it’s $3 during happy hour and it goes to $4 after 9pm, which is still quite a bargain.

When I want to have a drink, I go to… somewhere with a pool table such as Tops. I’m not really good. I’m really mediocre. But I’m getting better.

If you want to get my attention when the bar is busy… be polite, have your money out and your order ready. Visible money gets my attention.

Our busiest night is usually… Thursday for the drag show with Miss Lisa, which has been going for more than 20 years. I don’t generally go in for that. It’s too crowded for me.

If you want me to kick you out… disrespect the bar, other patrons, or me. It doesn’t happen very often. Most people are respectful when you point out the rules to them.

The lamest pickup line I ever heard behind the bar here was… when a really, really, really drunk guy leaned into my space and said, “I find you sexually appealing. How does that make you feel?” He actually got thrown out, but not for that.

The weirdest thing I’ve ever seen at Bob & Barbara’s was… some people who came in dressed as food at two in the afternoon. And it was not Halloween. And no, they weren’t Mummers.

The last time I caught people having sex in the bathroom was… about two years ago, and there was a hole in the bathroom door from me kicking and screaming. And yes, the drunk girl wanted to fight me when I threw her out. And no, they were not hot.

When Bob & Barbara’s went non-smoking… I was really happy even though I smoke. It was a very, very smoky environment.

The worst part about working here is… that when I want to go out in public and get drunk, people recognize me sometimes, which is very annoying. Hey, look, it’s the drunk bartender from Bob & Barbara’s.

Best cure for a hangover is… club soda and bitters and some greasy pizza from Randazzo’s down the street. Extra cheese, extra garlic.

If you want to buy me a bottle for my birthday, make it… Scotch. Laphroaig.

The worst tippers are… people who say, “I’m gonna hook you up” or “Can you make that strong?”

In the Bob & Barbara’s movie, the actress who should play me is… Traci Lords.

Fireball is… sticky and gross and for amateurs. We sell a lot of it.

The most expensive drink you can get at Bob & Barbara’s is… a high-end martini or Basil Hayden Manhattan. I think that’s $13. The cheapest drink is a PBR for $2 during the day. And the most expensive beer we serve is Guinness or Sculpin for $6.

When I’m bored on the job, I usually… watch TV. Hockey, if it’s hockey season. I’m a huge Flyers girl.

One mistake most professional bartenders make is… sleeping with the customers. Well, for the male bartenders.

One Philly bar I won’t be caught dead in is… Howl at the Moon.

If you’re taking me to dinner, let’s go to… Matyson. Oh, Jesus Christ. They closed??? OK, then Nick’s Original Roast Beef at 20th and Jackson. Best $15 spent in the world. Dinner and drinks and tip.

The key to being a good bartender is… the ability to multi-task and make it look like you’re having a blast while you’re doing it.