Roman-Style Pizza Has Arrived in Rittenhouse 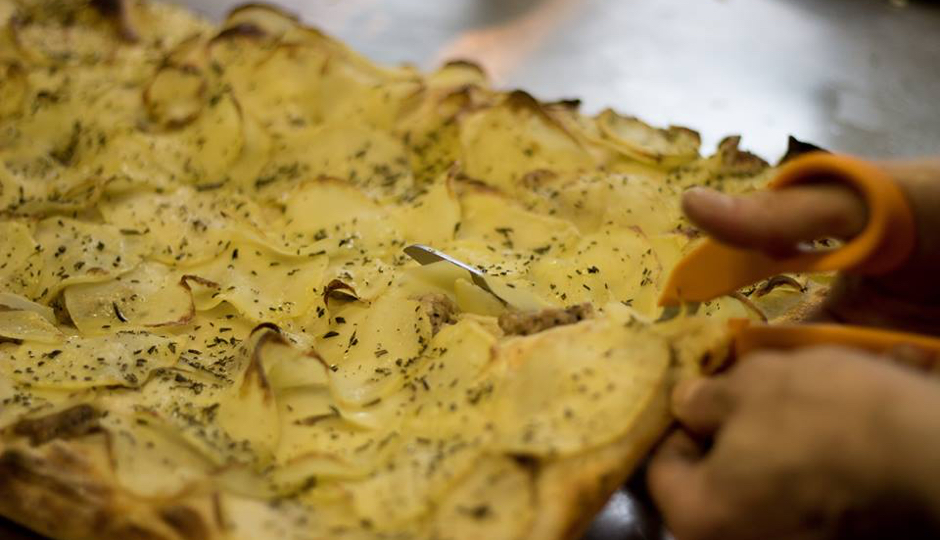 Rione — the pizza al taglio shop Foobooz told you all about back in the beginning of April — finally opened over Memorial Day weekend making 102 South 21st Street the hot, new headquarters for all things al taglio here in Philly.

Al taglio, or “by the cut”, is a purely Roman style of pizza. Instead of the leopard-spotted, blistery rounds of Napoli, Romans go for a more casual, quick-serve sort of pie — rectangular pans of airy dough topped with whatever the shopkeep’s feeling that day, sold by the tray or sliced (sometimes literally cut with scissors) to-order.

Francesco Crovetti, a native Roman who trained at the Scuola Nazionale di Pizza in Rome, is bringing the Roman street food scene to Rittenhouse with his new shop named after the Italian term for “district” or “neighborhood”. He’s going for pure authenticity at Rione with imported Italian ovens and ingredients. And his pizza dough — something he’s especially proud of — gets a whole lot of love from a 72-hour proofing period.

Peep the sample menu here (Italian cuisine, in general, is hyper-seasonal, so expect options to rotate often). In addition to pizza, it includes fried snacky things, salads, and desserts.