Bread Wizard Alex Bois Is Back With Lost Bread Co.

You can taste the goods at Morgan's Pier and Parks on Tap. 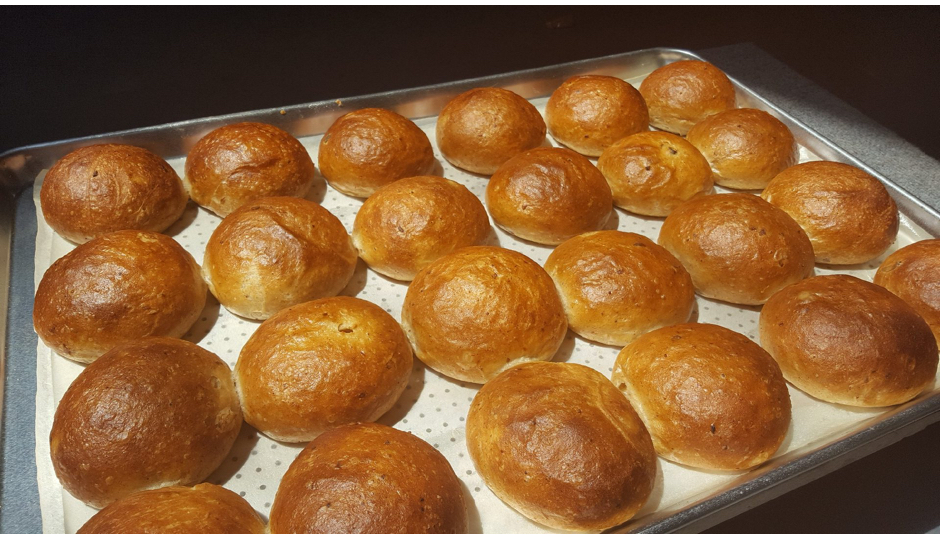 Since his exit from High Street last fall, Bois has left, er, breadcrumbs on Instagram as to what he’s been up to — like the thick, hearty “fatbread” pizzas that popped up at Helm this winter, a brainstorming list of names for a potential new bakery, and finally, a video of golden-brown soft pretzels baking for Morgan’s Pier.

His new project, in partnership with Avram Hornik’s FCM Hospitality, is Lost Bread Co., a wholesale (and eventually retail) bakery.

To start, Lost — housed in a warehouse-turned-commissary in Old Kensington for the time being — is baking those fatbread pizzas, soft pretzels, and burger buns for FCM’s Morgan’s Pier and roving Parks On Tap pop-ups. As Bois builds his team (bakers can holler at him here) they’ll focus first on wholesale breads for restaurants, with the goal of installing a bare-bones retail space at their production location by late summer.

“In the short term, we want the business to be solvent, to be able to alleviate common restaurant worker ills,” Bois says — like offering employees reasonable hours and a living wage and making decisions with the environmental and economic sustainability in mind.

In the long term, he and Hornik want to “make unique and delicious things” that are accessible to as many Philadelphians as possible.

Since this is an Alex Bois joint, expect to see more of the sourdough-based baked goods made with locally-sourced grains that put him and High Street on the map. While Lost will bake with flour made from Pennsylvania grains as well as grains from larger producers, Bois wants to “push [local and whole grains] as much as possible,” especially with retail offerings, which he hopes to roll out by late summer.

One change from Bois’ setup at High Street? At Lost, he’ll be turning whole grains from his friends at Doylestown’s Castle Valley Mill into flour in-house with a granite slab mill designed and built by the master bakers at New American Stone Mills. The mill — a more compact version of the traditional disc-shaped stones that weigh several tons and rotate against each other to crush grains — will allow him to customize different flours for his recipes to the nth degree.

These being Alex Bois breads, he’s indulging himself a little with those signature mad food scientist touches: Lost’s pretzel is made with the addition of nixtamalized ground cornmeal — the main ingredient in corn tortillas — which not only boosts flavor but also plays off of the traditional German practice of dipping pretzels in a lye-based, alkaline solution before baking. The burger bun? It’s made with Yukon Gold potatoes and smoked malt from Chester County’s Deer Creek Malthouse, thank you very much.

And that name. How did Bois finally decide on Lost Bread Co.?

Well, it harks back to his childhood and his French background: Bois grew up eating pain perdu, or “lost bread” — a dish Americans know better as French toast — every morning: “It’s the stale ends of bread you’ve got lying around, made into something delicious.”

But he also hopes that this new business, with its goals of accessibility, sustainability, and ethical treatment of workers, can follow the neighborhood bakery tradition that’s been all but eliminated over the past 70 years as the country’s food system has industrialized.

“There’s a lot we lost with the loss of small, community-centric bakeries,” he says. “We want to bring that back without operating on too small a scale.”