Here's what we know about TALK, coming to Walnut Street this summer. 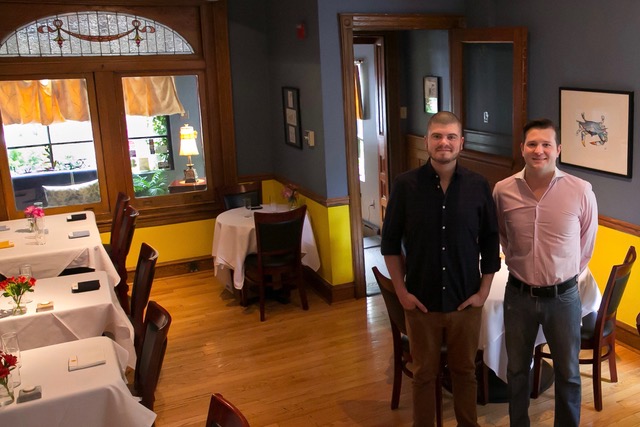 Last week, we had the news that Andrew Kochan and Tim Lanza from West Philly’s Marigold Kitchen were going to be opening a new restaurant together. Kochan is the owner. Lanza is going to be his executive chef. And this is big news because, together, the two of them have already been running one of the best, most creative restaurants in the city. And now they’re going to be moving in on one of the most booming mini-neighborhoods in the entire city–that odd little stretch of Walnut Street on the edge of Rittenhouse that is already home to Vernick (which took the top spot on our newest 50 Best Restaurants list a few months back), Jose Garces’s 24 (reviewed a couple weeks ago) and Res Ipsa (which I just reviewed this morning).

Now we have a few more details. The first thing we know? The name. It’s going to be called TALK (yeah, all caps)–as an acronym for Tim Andrew Lanza Kochan.

Here are some other things we now know about TALK:

TALK will have the look and feel of an early 20th century hotel bar. Its design will mirror the gothic style of the building’s facade, which is being refurbished. Black hardwood floors and wooden tables will contrast against a white marble bar with old-world comfortable seats and barstools. The dining room will seat approximately 55 with another 15 seats at the bar.