Back in the day, Frank "Chickie" Narducci was connected to South Philly in more ways than you can imagine. Now, Philip and Gina Narducci aim to keep his legacy alive with — strictly — pizza and beer. 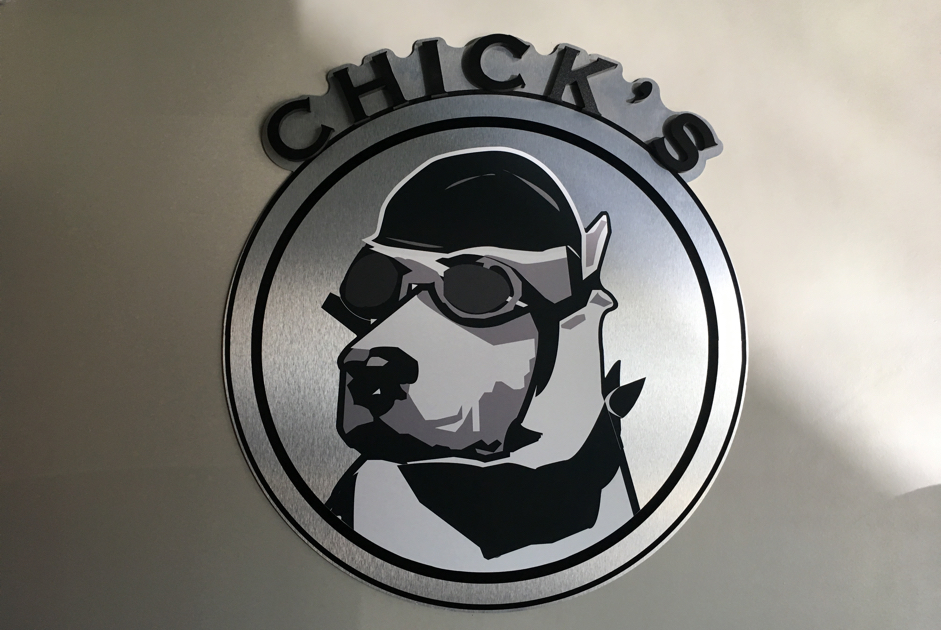 Big changes are imminent on Washington Avenue, and husband and wife team Philip and Gina Narducci are joining in with a new gastropub and pizza shop called Chick’s.

The logo may have been inspired by the Narducci family dog, an Argentine mastiff they like to dress up as a biker for Halloween, but the name comes from Frank “Chickie” Narducci Sr., Philip’s father and a purported capo in the South Philly mafia who had his life cut short in a 1982 mob hit. 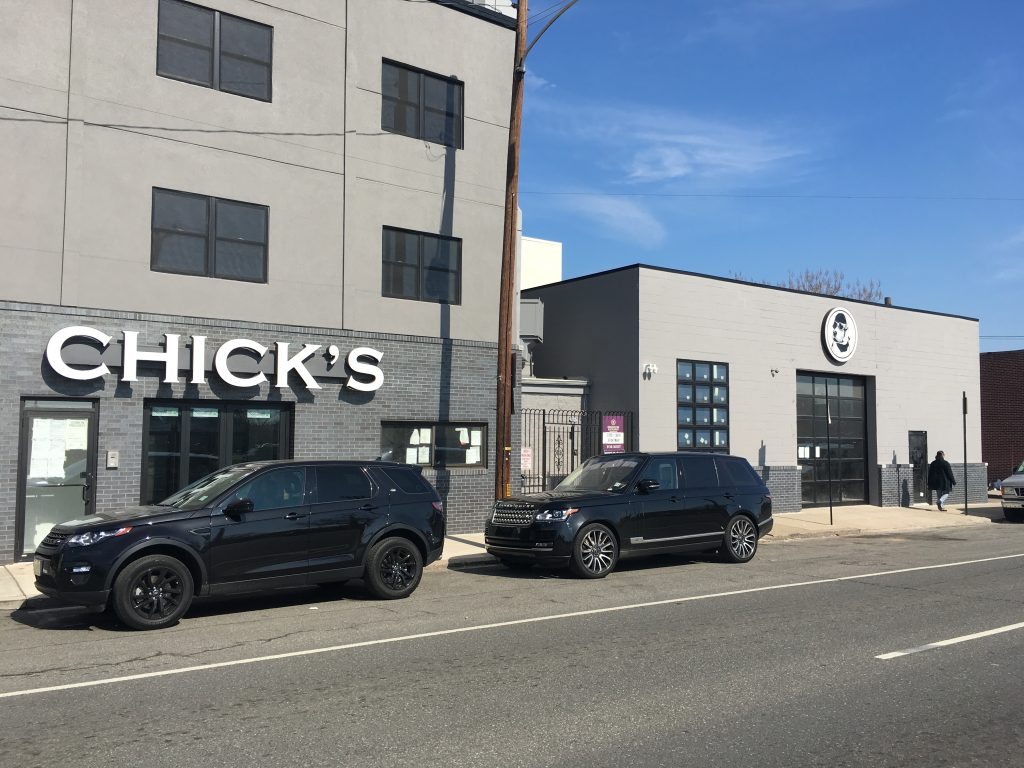 Philip’s restaurant experience goes way back. In 1979, he opened one of the city’s most famous cheesesteak shops, Philip’s Steaks, on 5th Street and Moyamensing Avenue; it moved to its current location at 2234 West Passy­unk Avenue in 1984, two years after his father died. (Philip is no longer involved.) And in 2012, after serving a 25-year sentence on racketeering charges, he helped manage his family’s Old City nightclub, Encore.

Gina Narducci is a recently retired teacher from Philly’s String Theory Schools. For her post-retirement life, she wanted to open a “little place” of her own. Before they knew it, that little place turned into a two-property-wide pizza shop/gastropub.

But don’t think Chick’s is following in the footsteps of Kitchen Consigliere Cafe — the mafia-themed Collingswood restaurant owned by Angelo “Fat Ange” Lutz, who uses his former mob ties as a selling point — and don’t expect Don Corleone and Tony Soprano murals or gun-shaped lights. “That past is long gone,” Philip says. “There’s this intrigue with the mafia thing … I don’t even know what it is today, that’s how much interest I have in it. The place is 100 percent Gina’s place, and I’m just here to assist her with this new endeavor.”

But if the past is “long gone,” why the name?

“If you ask around about my father’s reputation — impeccable. Impeccable. There wasn’t enough my father could’ve done for people,” Philip says. “He was like a modern-day Santa Claus. I’m not kidding — he looked out for everybody in the neighborhood.”

Of course, he has the stories to prove it.

“I remember as a young kid growing up one morning, my father said, ‘Phil, listen. I want you to take a ride to Valley and Bowe [a Cadillac/Oldsmobile dealer], bring somebody with you. I want you to go pick out two Oldsmobiles.’ There was a girl who lived on Federal Street who was diagnosed with Hodgkin’s lymphoma. So he bought her an Oldsmobile.” The other Oldsmobile went to another South Philly neighbor, crippled from the waist down. “I had to get hand controls on the car because he had no movement in his legs. …

On the left side of the property (1807 Washington Ave.), the restaurant is like any pizza shop — a few tables, a takeout counter, and some refrigerators for beer. On the right side, it’s a gray and brown, high-ceilinged beast of a space with a long bar and 24 taps that will, in four (or five) months when it opens, pour both craft and not-craft beer, plus wine and cocktails. There’s a promise of live music as well.

Pizza is the focus at Chick’s, and the Narduccis’ pick for pizzaiola is Jennifer Choplin, a chef-about-town who trained briefly under Brigantessa’s chef and co-owner Joe Cicala, as well as slinging pies at both Dock Street and South Bowl. Choplin said she’s been researching deck-oven pizzas extensively. The rest of the menu will be American comfort food.

“We have a beautiful location in a really up-and-coming neighborhood, the neighbors are open-arms for us around here,” Philip says. When I asked why they landed on pizza-centric gastropub, his response was right to the point: “I don’t know anybody that doesn’t like pizza and beer.”

Chick’s opening is slated for the beginning of April. Stay tuned.

The Battle for the Soul of Washington Avenue [Philly Mag]