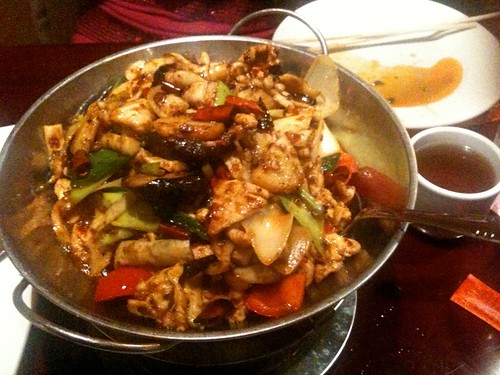 Han Chiang’s Han Dynasty has legions of fans and now one of them has written and recorded a rap song professing his love for the Emperor of Sichuan. Musician Brad Podray has a rap song that pretty much perfectly describes the Handynasty experience.

Han dynasty Han dynasty
We goin to feast at han dynasty
Sichuan style So worthwhile
Let your mouth feel the heat
Bounce yo ass to the beat
Vietnamese sausage is good for your health
But where’s the general tso’s?
Hey go fuck yourself