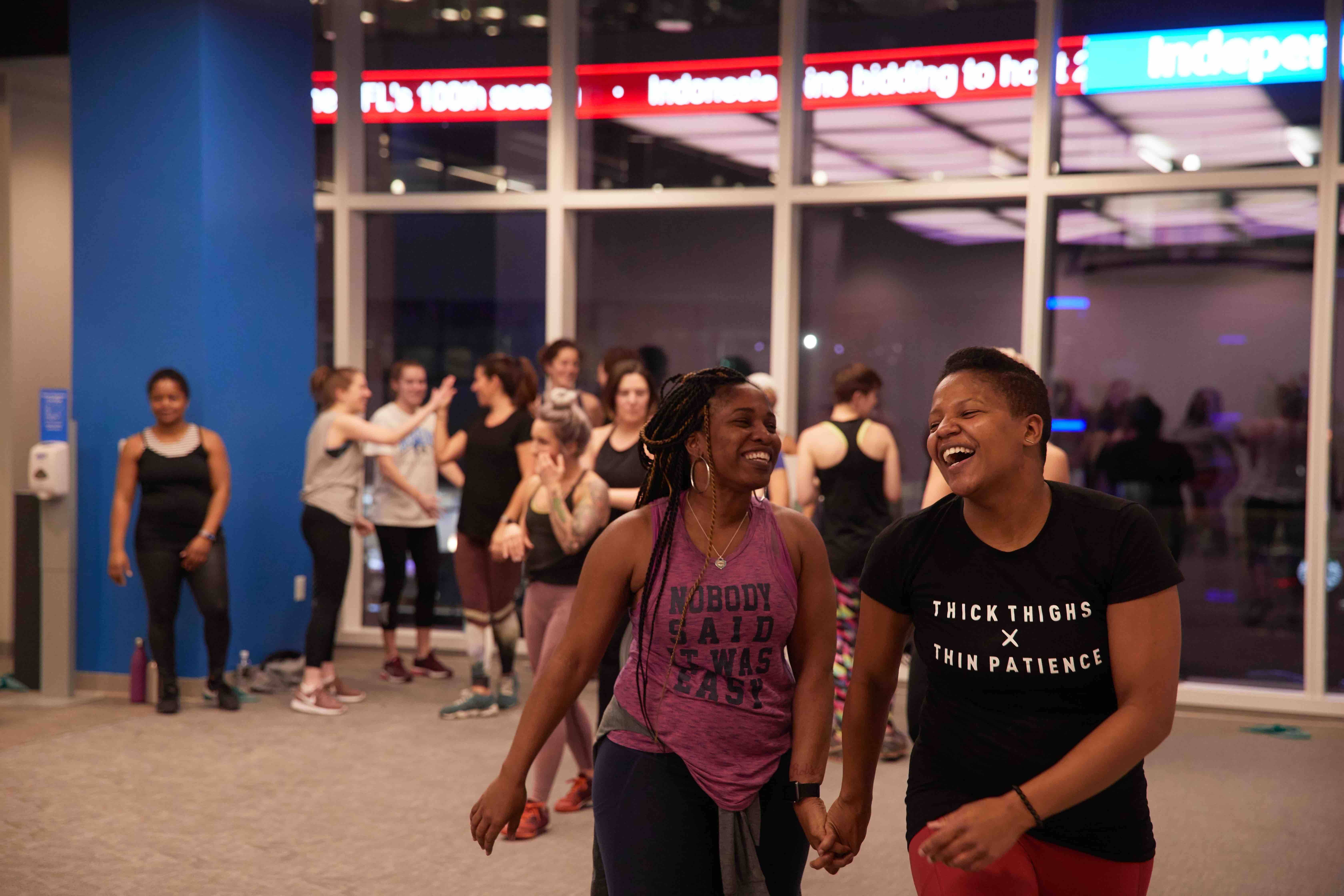 The group was all smiles at Alexis Rose Artis’ Be Well Philly Underground event last week. / Photograph by Christopher Squier

Our February Underground event didn’t go exactly as planned. We had to move the free fitness pop-up a week later because of all the snow and slush clogging up the roads. (Hey, when life gives you bad weather, make other plans, right?) But our rescheduled workout was still the most fun, particularly because it was with the ultra-inspiring Alexis Rose Artis, who leads dance fitness classes that would make Beyoncé proud. She can take a group of nervous women who don’t know each other and can’t dance and transform them into a community that feels safe, supportive, and absolutely electric in just one hour — and that’s exactly what she did last week. (Most of us still couldn’t dance by the end, but that’s not on her.)

We started with a warm-up involving resistance bands and progressed to learning choreography set to “London Bridge” by Fergie (a truly unappreciated queen). At the end, the group split up into two and each performed the full routine. The best part? When Alexis Rose asked each girl to dance it out however she wanted. #findyourtribe but also #beyourself, you know? 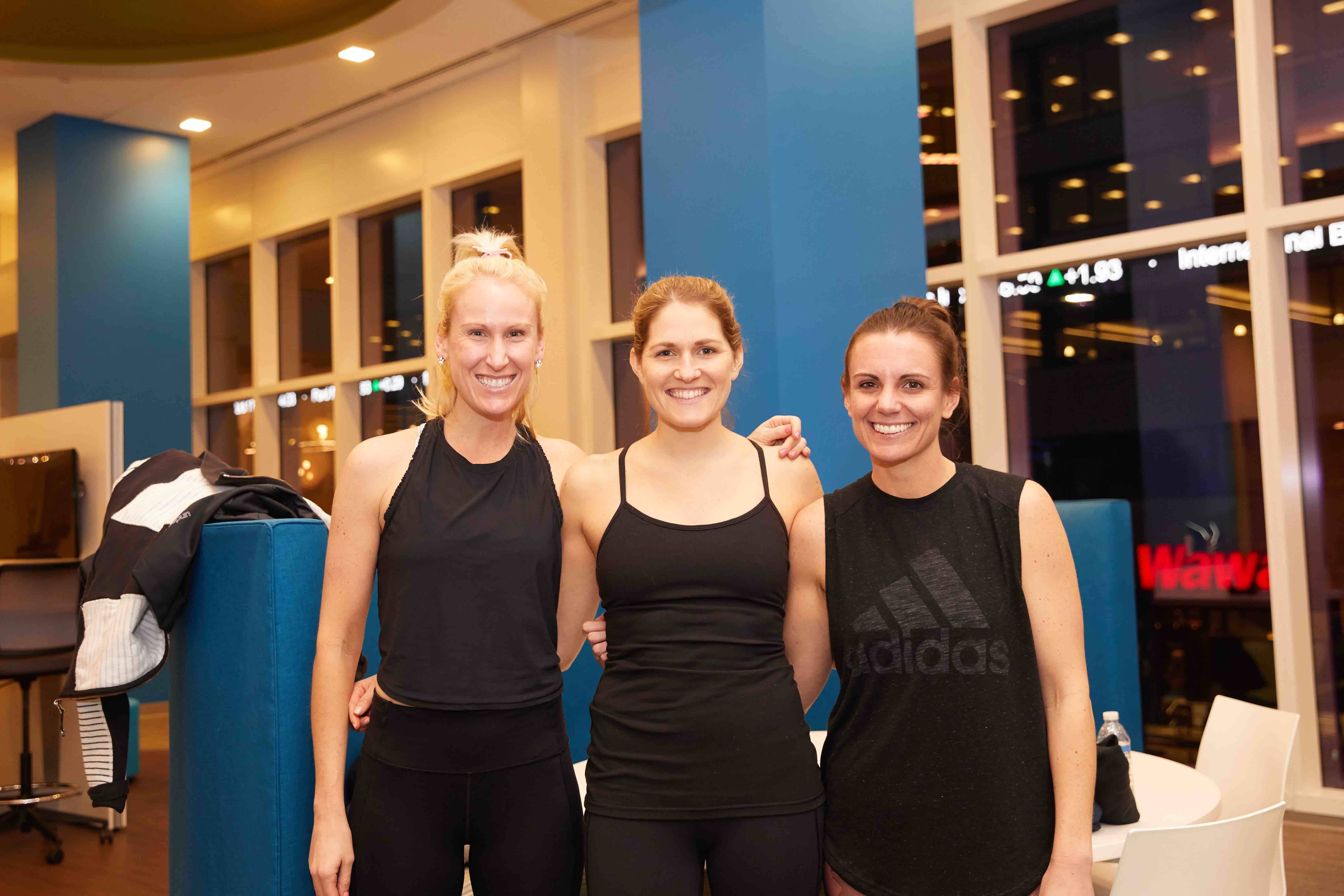 Getting ready for the event./Photograph by Christopher Squier 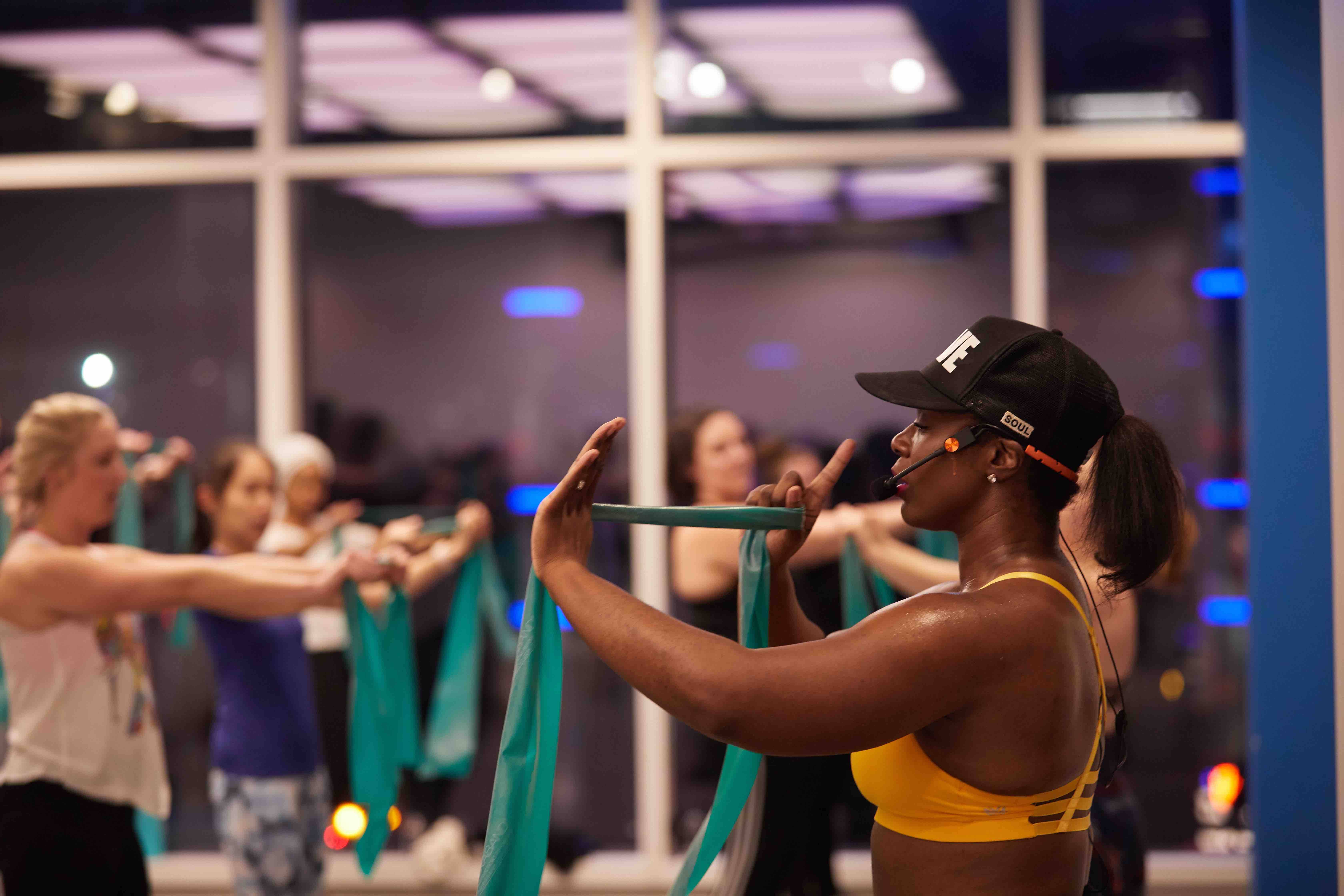 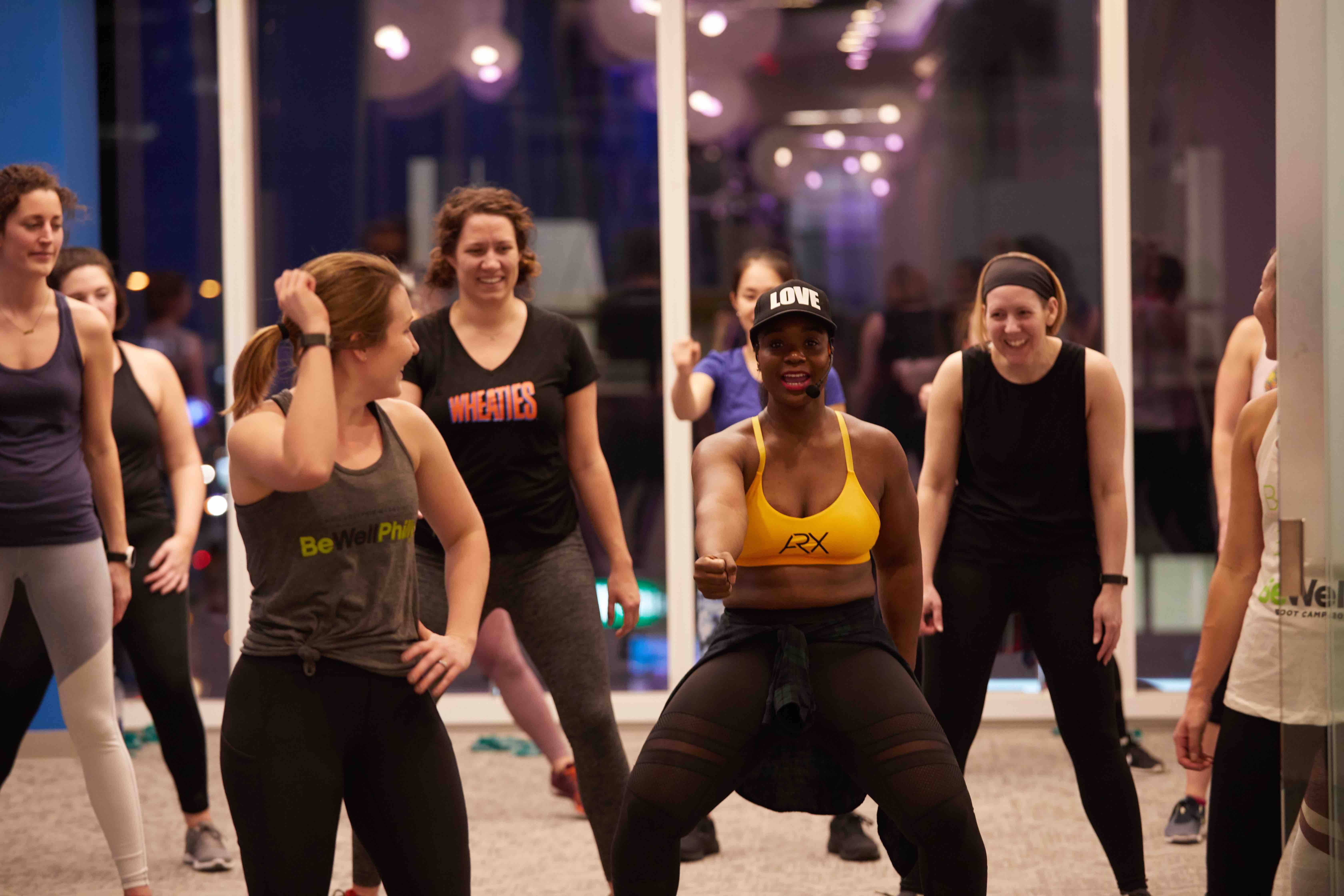 Trying to learn the moves. / Photograph by Christopher Squier 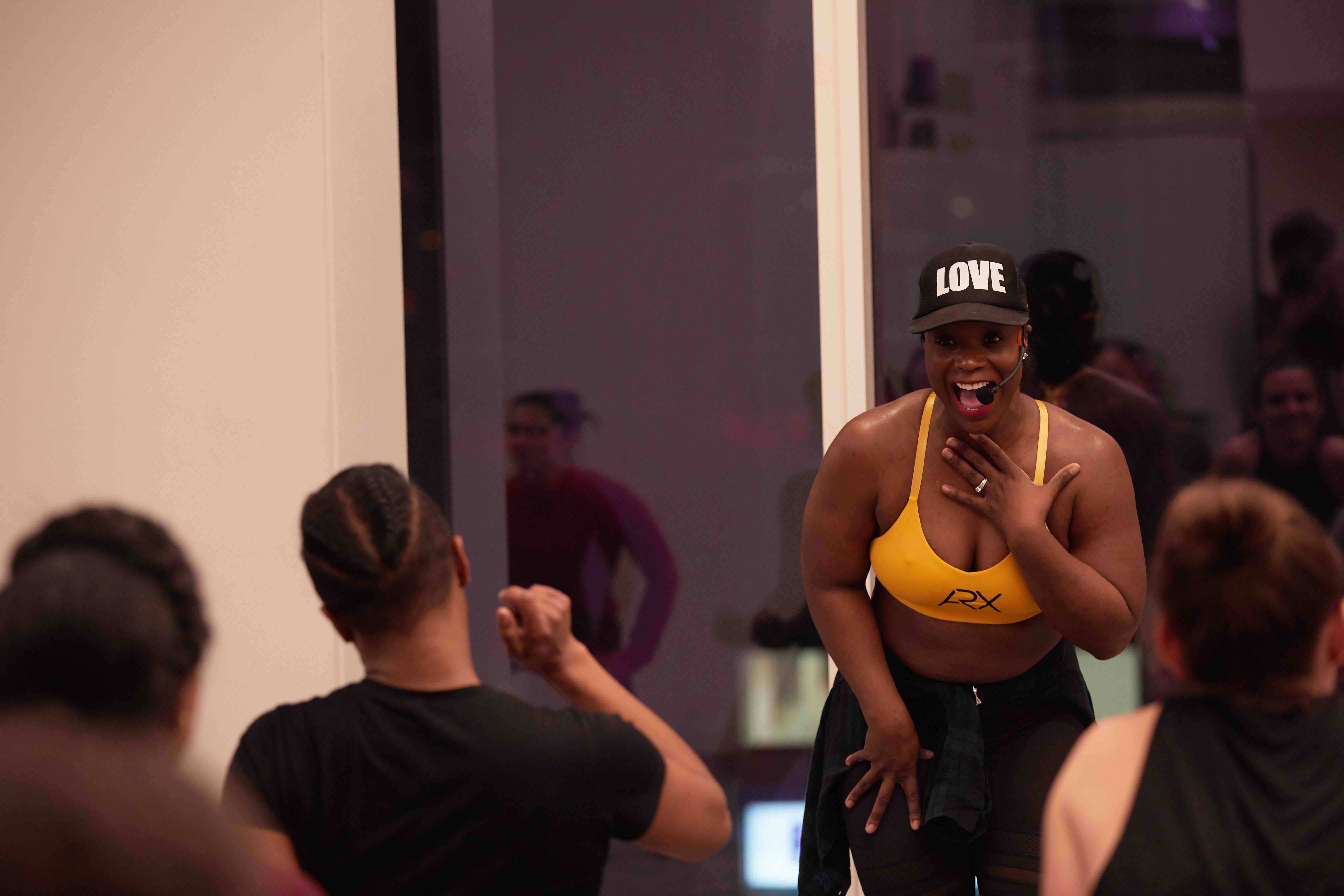 Alexis Rose is having just as much fun as everyone else./Photograph by Christopher Squier 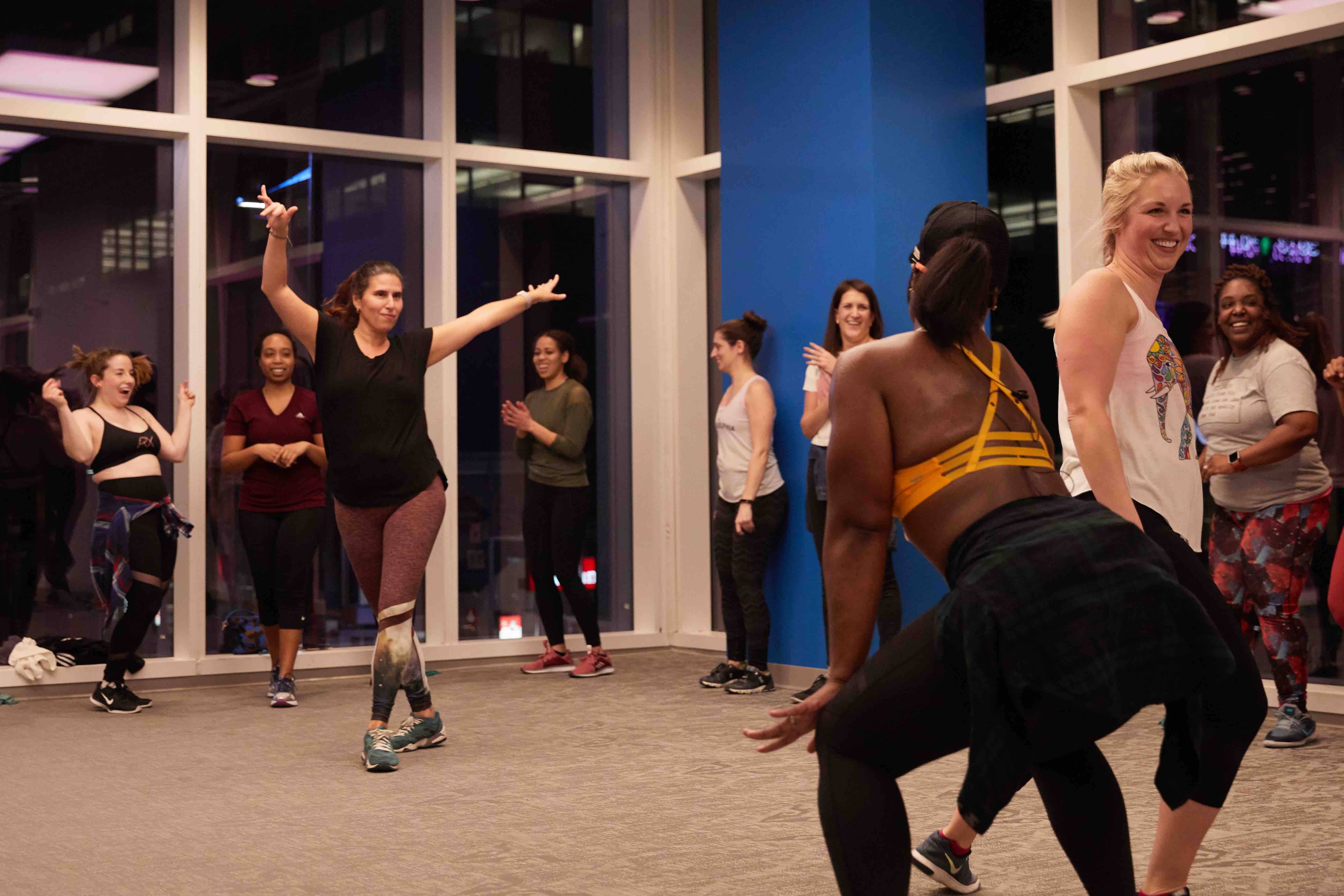 Goofing off at the end./Photograph by Christopher Squier

Once the hour of fast-paced dance was done, we snacked on vegan chocolate chip cookies from Crust Vegan Bakery and did an enter-to-win prize drawing with an LG wireless headset from Verizon. Overall, it was a lovely, sweat-filled Tuesday that left us ready to take on the rest of the week.

If you’re not signed up for the emails announcing our free BWP Underground events (we’re able to host them once a month from September to May because of partnerships with Independence Blue Cross and Verizon), you’re missing out. Sign up here. Hope to see you working it out at the next event!