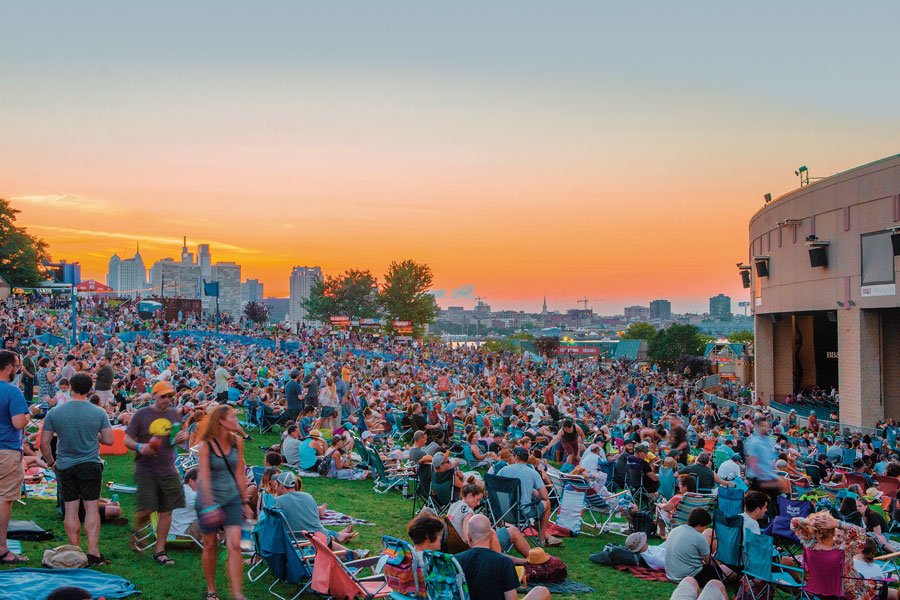 Japanese Breakfast, Hozier, Elvis Costello, Blondie, Bettye Lavette, Low Cut Connie and Amy Ray (aka one half of the Indigo Girls) are among the more interesting names on WXPN’s incredibly varied festival lineup. July 26th through 28th at Wiggins Park and BB&T Pavilion.

I love the Roots, and I’ve wanted to love their annual Picnic, but it has been — for years — at the wretched Festival Pier at Penn’s Landing … pretty much the worst concert venue around. OK, well that would actually be the Electric Factory or whatever they’re calling it these days.

Anyway, the good news is that Festival Pier has seen its last summer concert season, so the fest is moving to the Mann Center.

The Roots will be playing their breakthrough album Things Fall Apart in honor of its 20th anniversary; look for killer performances from H.E.R. (check out her memorable Grammy performance above) and Raphael Saadiq. June 1st at the Mann.

Of all the bands from their era that are still touring, Steven Tyler and his pals put on one of the best and most high-energy shows. Amusingly, a concert ticket with meet-and-greet privileges with Steven Tyler and Joe Perry will set you back $1,849. Wanna just meet the rest of the band? Less than half that. August 16th and 18th at the Borgata.

In case you haven’t heard, Chinatown’s storied Trocadero is closing, and this fantastic collective of Philly performers inspired by the cabaret culture of pre-WWII Berlin is going to give it a send-off like you wouldn’t believe. May 31st and June 1st at the Trocadero. 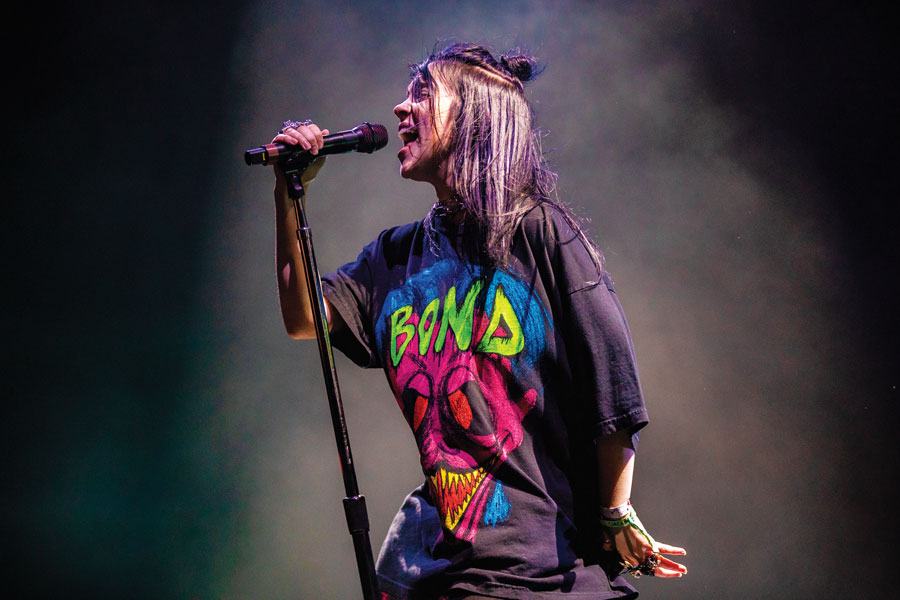 Billie Eilish is performing one of the Philadelphia concerts you can see this summer. Photograph by Christopher Polk

If you’re one of those people who think there’s no originality in music today, first of all, that’s plain silly. Second of all, just get yourself to Broad Street and let this dark and strange 17-year-old change your mind. I’m still thinking about her mind-warping appearance at Coachella in April.

For a taste, here is one of Eilish’s much-talked-about singles:

Jill Scott returns to her old stomping grounds, joined by Jazmine Sullivan and Musiq Soulchild, among others. Say hi to Patty Jackson for me. June 29th at the Mann.

Still doing what they do and selling out stadiums in the process. Kind of amazing.

The Philly show was originally scheduled for May, but then had to be rescheduled due to some unspecified Mick Jagger illness. In case you have any doubts about his current condition, he took to Twitter to assure fans that he’s in top form:

This might seem a little out of place among the Aerosmiths and Cardi B’s of the world. And no doubt some big Philly concert publicist is going to read this and think: So my concert got bumped in favor of some free festival where a bunch of local musicians sit on their front porches and drink beer and jam all over West Philly? Well, yes. Sorry, pal, but this annual DIY music festival is truly special and truly so West Philly. Grab a map at westphillyporchfest.com and check it out! June 8th in West Philly.

All you Cardi B and crowds-on-the-Parkway haters better plan on fleeing to Avalon over Labor Day weekend. Also headlining: Travis Scott. August 31st and September 1st on the Ben Franklin Parkway.

But having seen the American Idol runner-up play with the remaining members of Queen a few years back, I can tell you that the only person who can sing Queen better than Lambert is Freddie Mercury himself.

And FYI, should you insist on singing along during the inevitable “Bohemian Rhapsody” encore, the correct words are: “Bismillah, no, we will not let you go” and “Scaramouche, Scaramouche will you do the fandango.” August 3rd at the Wells Fargo Center.

Welcome America’s Party on the Parkway

Jennifer Hudson and Meghan “All About That Bass” Trainor join forces for Philly’s annual edition of the “It couldn’t be any worse than when Nicki Minaj did it” holiday celebration. July 4th on the Ben Franklin Parkway.

All-femme Ex Hex opens for the indie royals. As this is one of only eight dates in the United States for this tour, it sold out long ago, so check StubHub. July 12th at Union Transfer. 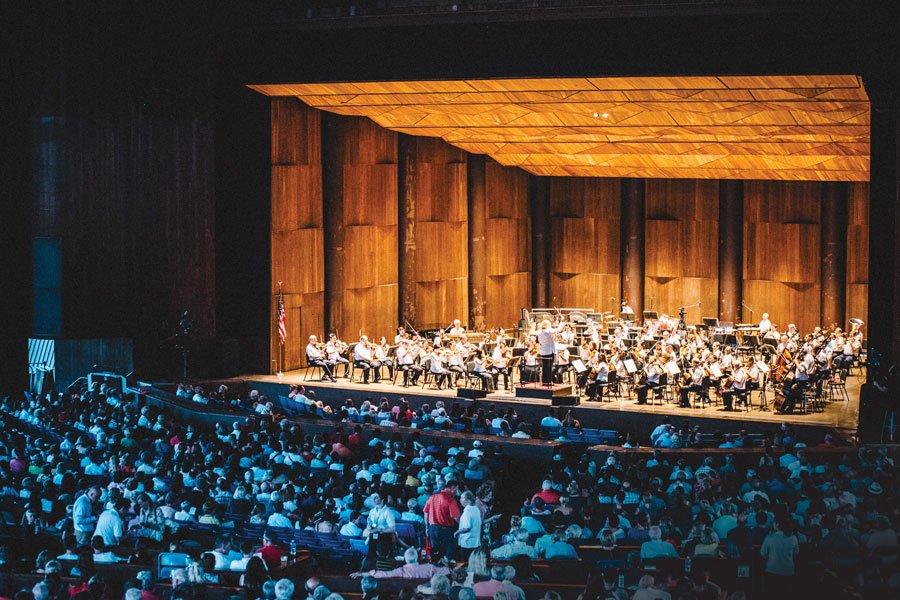 The Philadelphia Orchestra at the Mann Center. Photograph by Dan Drufovka.

Yannick Nézet-Sèguin makes his Mann Center debut. Note that since this Philadelphia Orchestra show is part of the Mann’s “picnic series,” you can bring in your own wine, beer and food. Sounds like as perfect a summer night as you could have in the city. June 24th at the Mann.

I wouldn’t normally include the Vans Warped Tour in my summer concert picks, but this is the 25th year of the traveling fest — the nation’s largest! And it’s happening for the first time ever on the beach in Atlantic City, one of my favorite places. So yeah, I’ll take a flier on it. June 29th and 30th at the Atlantic City beach. 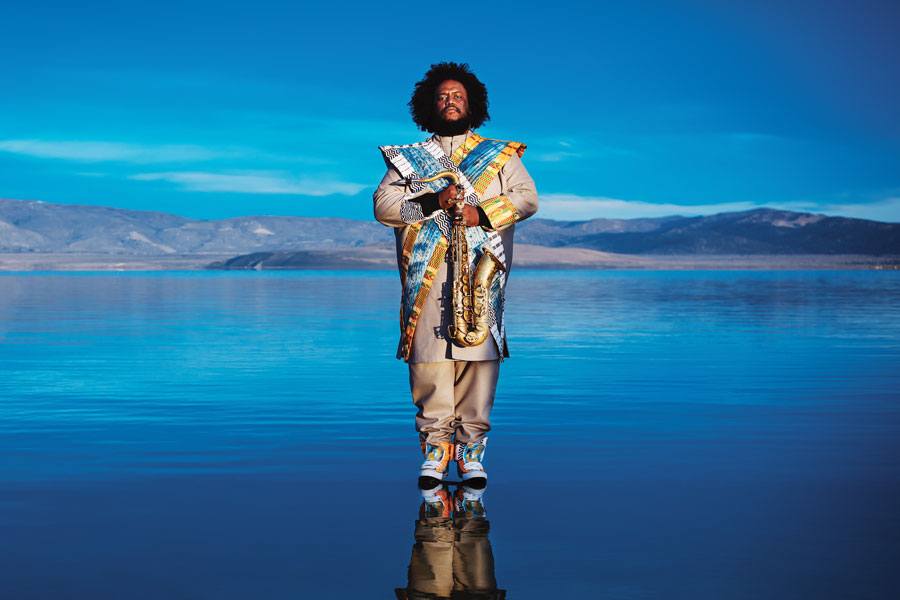 Saxophonist Kamasi Washington is headed to the Met. Photograph by Sacks and Co.

Thirty-eight-year-old saxophonist Kamasi Washington (pictured) is one of the most exciting jazz artists out there today, and Herbie Hancock is one of the most legendary. Together onstage? That’s one memorable night. August 4th at the Met.

The man is a comedy genius. The show is sold out and has been for months. It’s his first time playing with a full symphony orchestra. Do whatever you have to do to get there. Trust me. July 12th at the Met.

Yes, Hugh Jackman is doing a night of Broadway and Hollywood songs down yonder at Wells Fargo Center on June 30th, but Patti LuPone could kick Hugh Jackman’s ass in any Broadway sing-off — and, actually, in a steel cage death match for that matter. She’s a true Broadway legend, and if you’ve never had the pleasure of seeing her live, do yourself this favor. June 9th at the Kimmel.

The reigning queen of country music visits with her Roadside Bars & Pink Guitars tour. Expect her to throw some shade at her also ridiculously successful ex-husband, Blake Shelton. She likes to do that. August 31st at the Borgata.

As a London music critic put it after attending a 2018 show: “Should an award be created for the best heavy metal concert for props, pyrotechnics and pure pantomime musical theatre, then Iron Maiden’s current audio-visual show, that batters the senses into sweet submission, would demolish all contenders and pretenders alike before they caught sight of the red carpet.” Sounds like a winner to me. July 30th at the Wells Fargo Center.

Published as “Face the Music” in the June 2019 issue of Philadelphia magazine.