It's a new year! Rock out, take to the ice, sleep under a T.Rex, and more can’t-miss events for Philly kids this month. 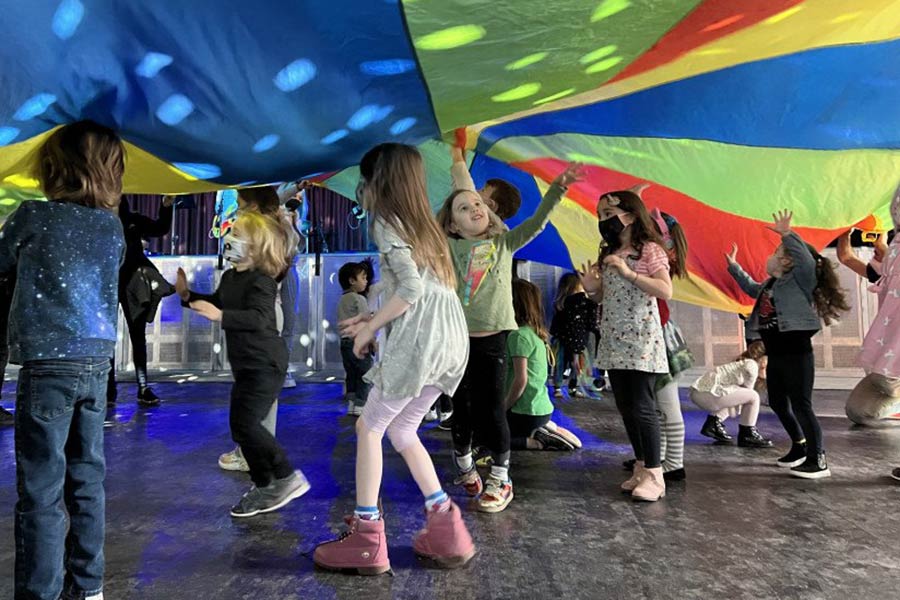 It’s a new year and that means new family adventures to be had in Philly. As 2023 starts up, here are the best family-friendly events in Philly to add to your calendar.

This month presents many opportunities to “let all the children boogie,” starting with the person who wrote that line. Philly Loves Bowie Week runs from January 6th to 14th, and while most of it is adult-oriented, don’t miss the Rock and Roll Playhouse’s kids’ Bowie concert at Ardmore Music Hall on January 7th, plus treats like Weckerly’s “Blue Blue Electric Blue” ice cream sandwich and FedNuts’ BowNut. National Liberty Museum will also have a Bowie-inspired art gallery through January 23rd. Even better, all the events benefit childhood cancer research at CHOP.

More kid-friendly concerts this month include a free Let’s Rock Recess dance party at the Kimmel on January 8th, another Rock and Roll Playhouse concert (Aretha Franklin and Motown at Brooklyn Bowl on January 15th), and the fabulous Johnny Shortcake (a.k.a. Johnny Showcase, for kids) at World Cafe Live on January 21st. He asks the eternal question: “Suppose your nose was where your elbows goes, would you call them smellbows?” Yes, that’s an actual song — as is my personal favorite, “Cupcake Tuesday.” 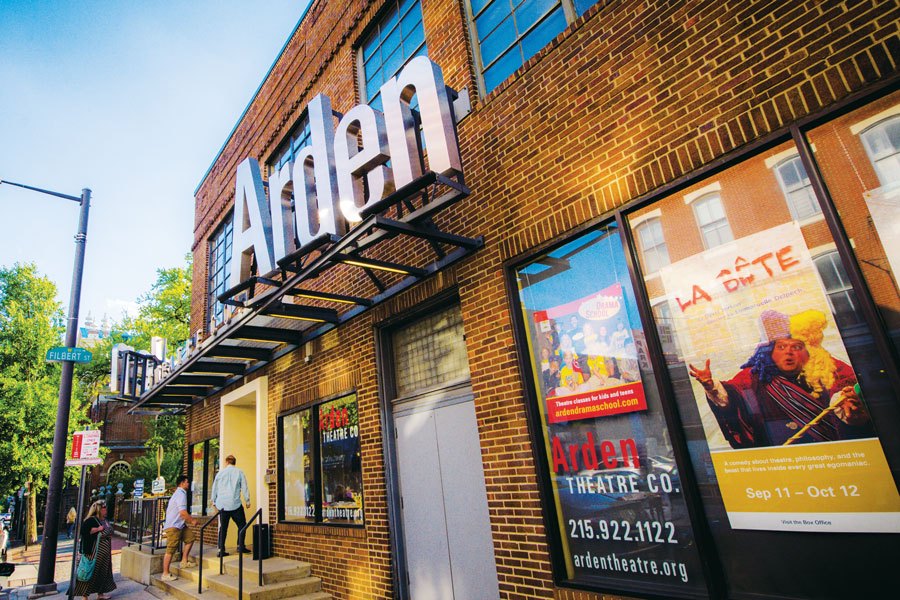 The Arden Theatre / Photograph by M. Kennedy for Visit Philadelphia

Through January 29th, Arden Children’s Theatre continues the heartwarming and heartbreaking story of a special friendship between a pig and a spider in its production of Charlotte’s Web. The show runs for 90 minutes with one intermission. For something less likely to make you cry for a week, there’s also Ash Theater Company’s “reimagined” performance of You’re a Good Man, Charlie Brown at Venice Island on January 13th and 14th.

Night at the Museum 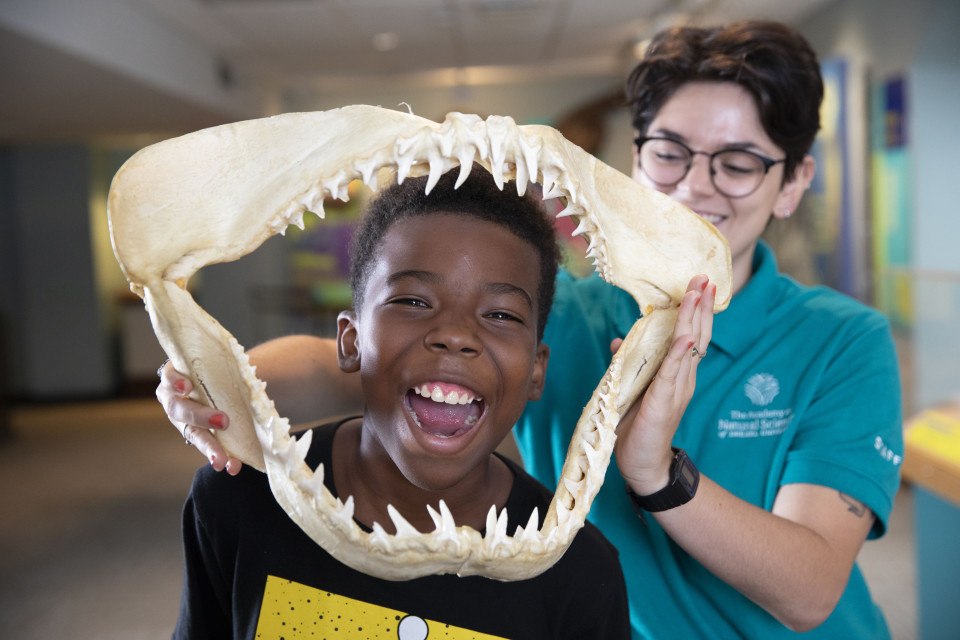 After a year hiatus, the Academy of Natural Sciences is finally bringing back one of its most exciting events. Sleep over at the museum (under a T.Rex, perhaps?) and explore after dark! The event includes snacks, meals, live animal shows, hands-on experiments and more. The sleepover is for kids ages six to 12, and one adult is required per three children, so pack up that sleeping bag! This month’s event is on January 14th, but they’re planning to make it a monthly thing. 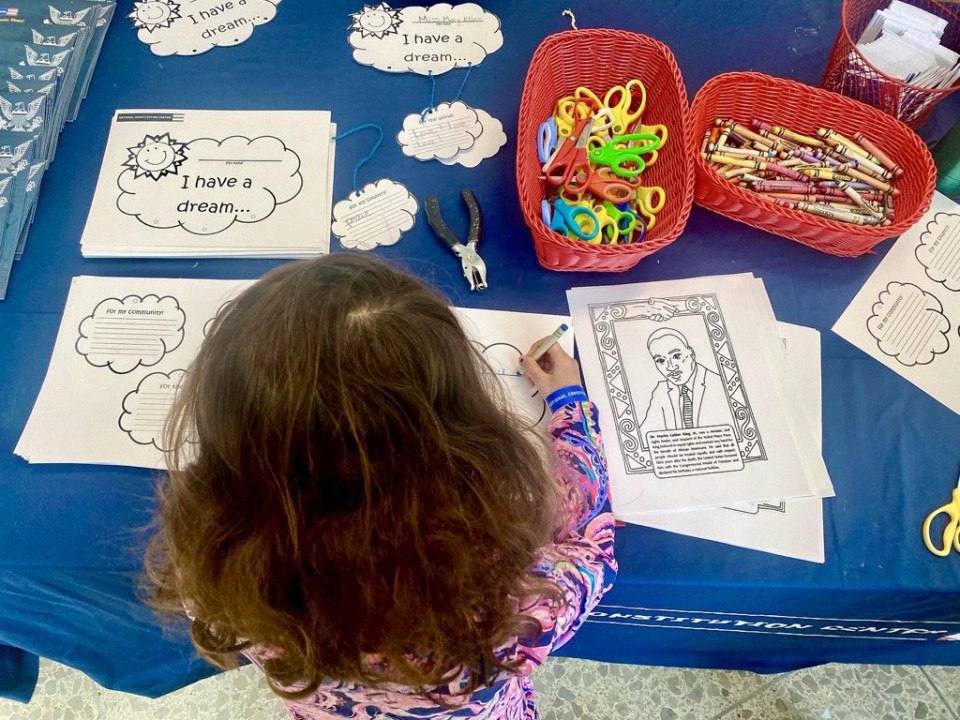 On January 16th, we celebrate and reflect on the legacy of Dr. Martin Luther King Jr. While the kids may be home from school, this is not just any day off: Philly is the birthplace of the MLK Day of Service, and there are lots of ways to observe the holiday, from family festivals to volunteer opportunities all over the city.

In addition to volunteering with your family, you can also visit local celebrations, including the Museum of the American Revolution, National Constitution Center (with free admission), Please Touch Museum, Woodmere Art Museum, or Eastern State Penitentiary (they’ve got family-friendly activities from noon to 2 p.m.). Stay tuned for a full guide to MLK Day events. 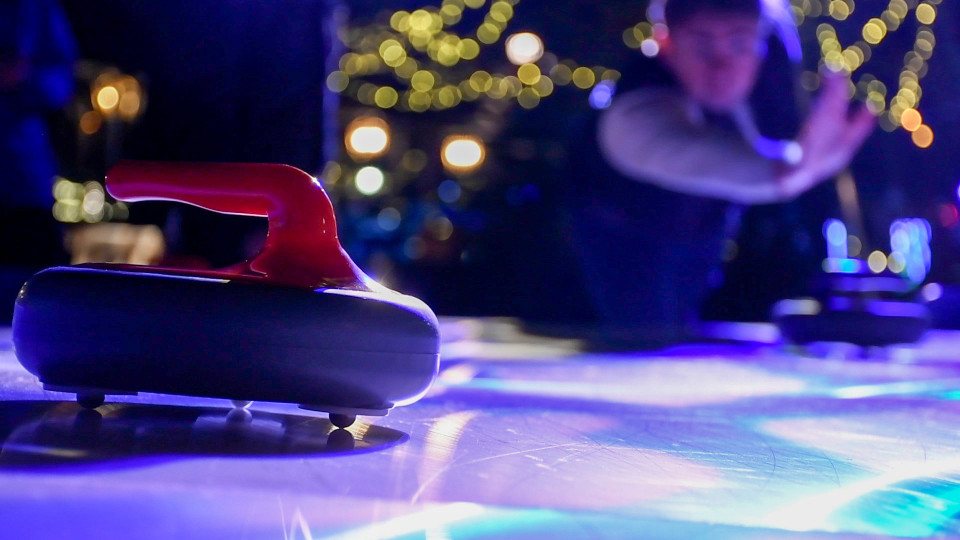 Franklin Square’s Philly-themed mini golf is transformed into Chilly Mini Golf with decorations, lights and other fun surprises for the season. New for this winter, you can gather a group of up to eight to enjoy the their iceless curling rinks — they’ll run you $40 per 30-minute session. While you’re there, you can also ride the carousel, hit the playground and watch the Electrical Spectacle light show around the fountain. Light shows run every 30 minutes from 5 p.m. to closing, and feature festive songs and more than 200,000 lights. Warm up by the outdoor fire pits with s’mores and hot chocolate (or spiked hot chocolate) from Ben’s Sweets and Treats. And finally, stop by on January 20th and 21st for Ice Princess Weekend with ice sculptures and visits from Elsa, Anna and some of their royal friends. 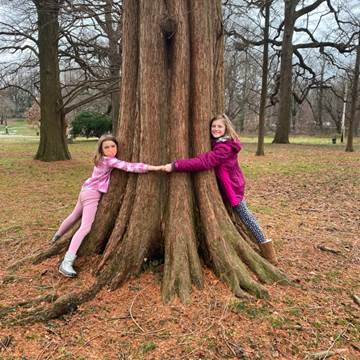 Explore all Fairmount Park has to offer (even when it’s freezing!) with this six-week self-guided scavenger hunt from January 14th to February 26th. Each week focuses on different geographic areas of the park, covering 2,050 acres of trails, natural lands, historic landmarks and public art along the way. The hunt uses the GooseChase App and includes 60 total missions (10 each week) with the opportunity to win prizes. Plus, you’ll learn about nature and have some fun photo ops, too! Details and rules here. 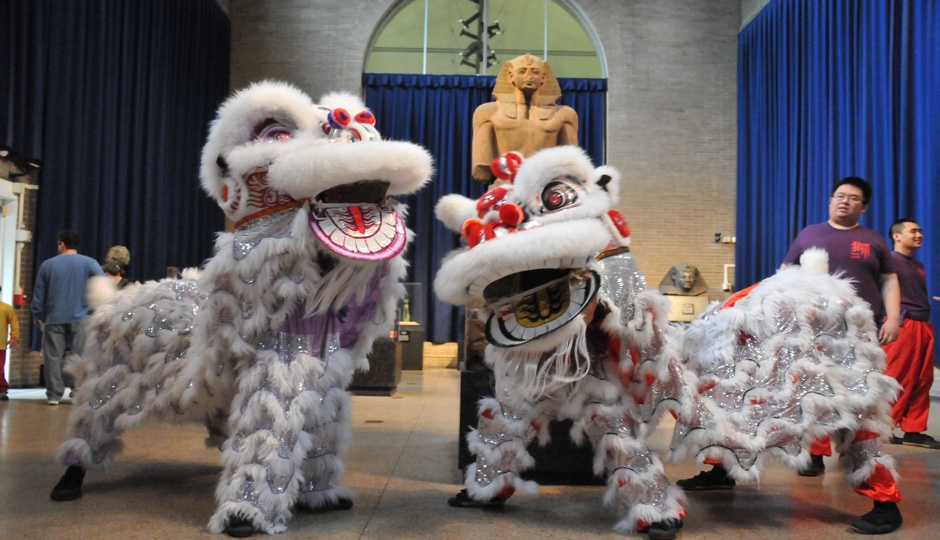 The Year of the Rabbit begins January 22nd, with so many celebrations around town. Our top recommendation: Penn Museum’s CultureFest on January 21st with dance performances, storytelling, make-and-take crafts, a marketplace and more. That evening, Dilworth Park will also celebrate with dancers, a special menu, and prizes. Finally, catch the Philadelphia Suns performing the traditional lion dance at Reading Terminal Market and the Rail Park on January 28th. They’ll also be at the Please Touch Museum that day! How do they do it?

Emotions at Play at the Please Touch Museum 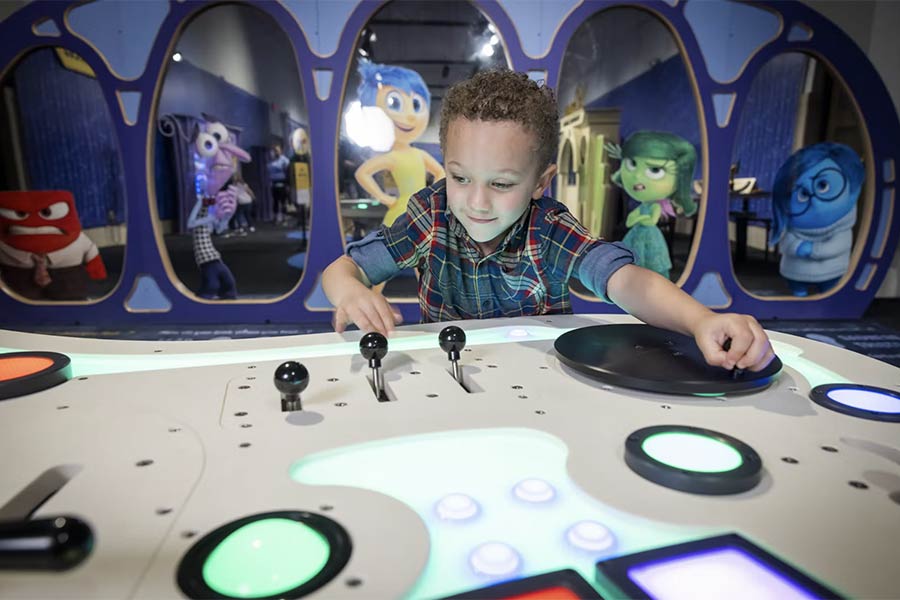 Little ones can explore big feelings with a new exhibit based on the Disney/Pixar film Inside Out. The exhibit will focus on the five emotions featured in film — Joy, Sadness, Anger, Disgust, and Fear — with hands-on experiences to teach kids how to recognize, express and manage those intense feelings. The exhibit opens on January 27th. 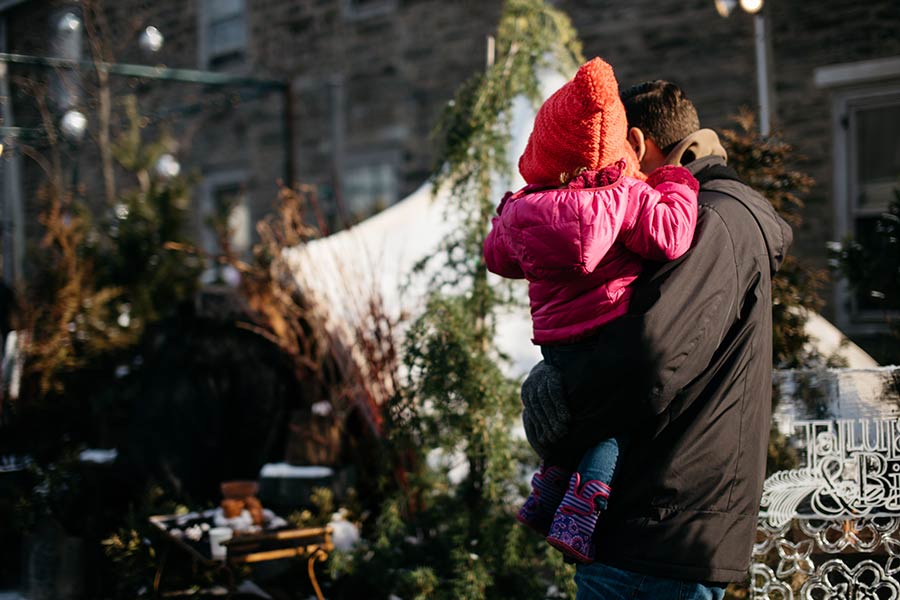 This two-day event on January 27th and 28th transforms Chestnut Hill into a winter wonderland with ice sculptures, live music, pop-up activities (even more street curling!), warm beverages and more ice-themed fun. Ice Sculpture Philly will be there all weekend with live ice-sculpting demonstrations, and there’s even an ice bonfire to keep warm! 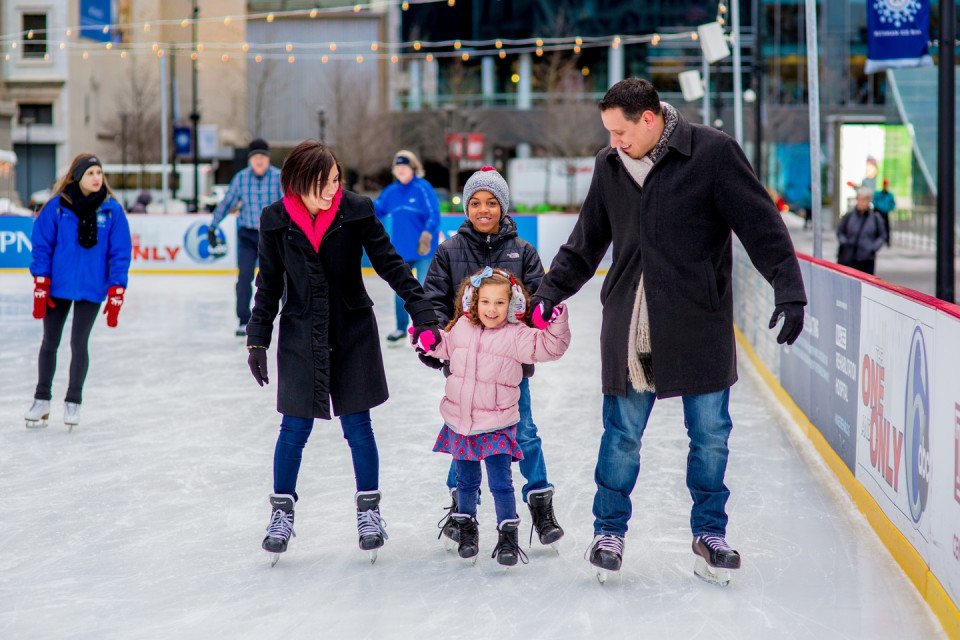 For even more icy fun, you can’t beat a spin around the rink with music playing and lights twinkling. Check out Rothman Rink in Dilworth Park, as well as the nearly-30-years-running Blue Cross RiverRink. The latter’s Winterfest offers a cozy lodge, food and drink, rides, photo ops, fun and games, and river views to make it fun even for those not interested in strapping on a pair of skates. Read our guide here, and make reservations here.

Looking for a lower-key skating experience? Be Well Philly has a complete guide to rinks in the city and beyond.