12 Things to Do in Comedy, Movies, Poetry, Guns, Ghosts and More 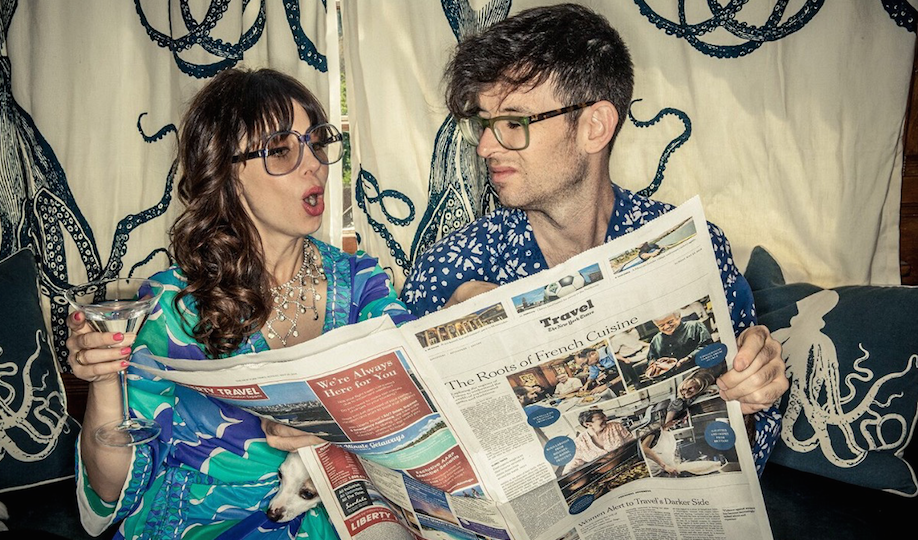 Moshe Kasher & Natasha Leggero @ Trocadero | Thursday, August 3
A double-bill by two very funny comedians who are also married to each others. They’re calling it the Endless Honeymoon Tour. The New York Times did a funny, pretty adorbs story on the two of them recently.

Tommy & Me @ FringeArts | August 3-20
A revival of Ray Didinger’s play about helping to get NFL player Tommy McDonald into the Hall of Fame.

Van Jones: We Rise Tour @ Fillmore Philly | Thursday, August 3
The CNN commentator is touring the country having “messy conversations with liberals,” whom he says too often turn on each other. More info here.

The Self-Loathing Narcissist @ 990 Spring Garden | Friday, August 4
Official description of the day: “Ryan W. Kelly and PRACTICE present a mocking self-examination in his performative installation ‘The Self-Loathing Narcissist.’ Kelly and invited guests will don an oversized paper-mache mask of the artist, and attempt to destroy a piñata effigy that is also of the artist.”

AGFA presents Effects @ PhilaMOCA | Sunday, August 6
American Genre Film Archive presents the newly restored 1980 horror film by Dusty Nelson. Quoth the IMDB: “Some crew members of a company shooting a horror film begin to suspect that the ‘killings’ in the movie are real, and that they are actually making a ‘snuff’ film.” PhilaMOCA calls it a “meta-enhanced takedown on the philosophy of horror that doubles as a sleazy and terrifying movie on its own.”