Bloktoberfest, Craft PHILA, the Puerto Rican Day parade and other things that are—as of yet—#OpenInPHL this weekend. 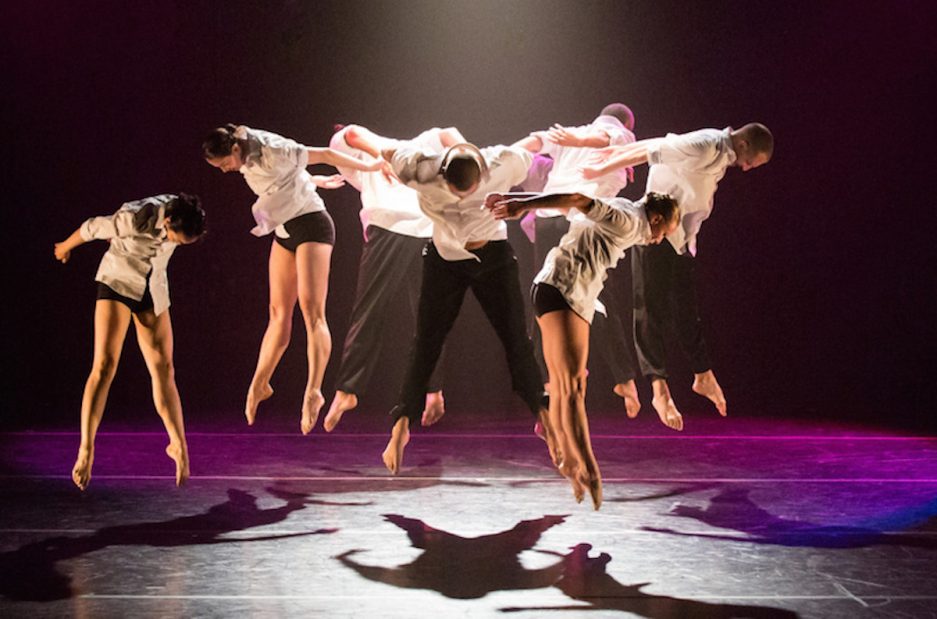 Led by Israeli-American director Roni Koresh, this Philly dance troupe blends modern and classic styles to create an eclectic performance of athletic skill. They will perform as a part of Philadelphia Museum of Art's Art After 5 program on Friday—a chance for you to take in some dance, then wander through PMA's galleries with a glass of wine. Friday, October 2nd, 5 pm, $0-$20, Philadelphia Museum of Art, 2600 Benjamin Franklin Parkway. 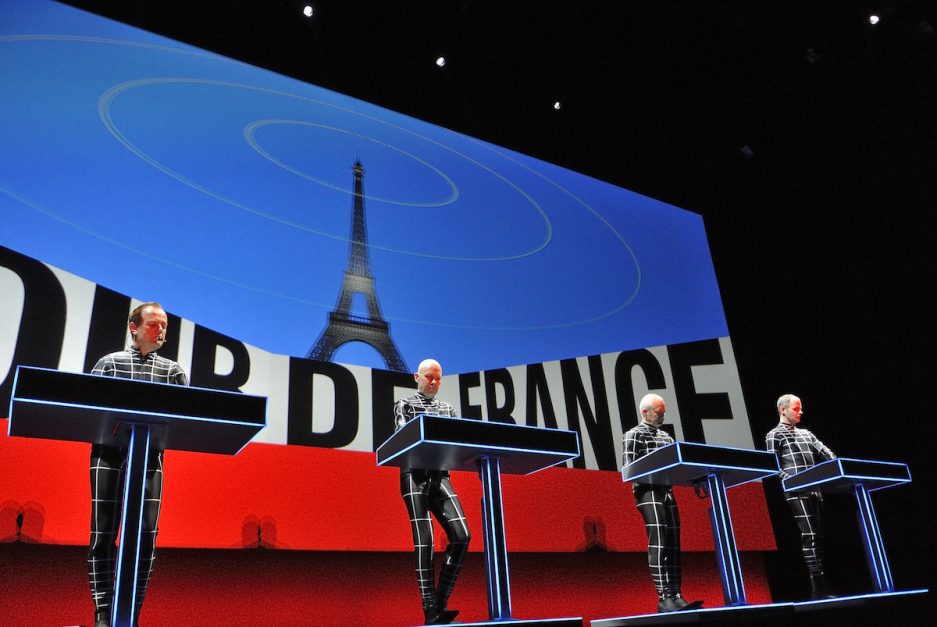 This is the band that laid the groundwork for all techno/electronica bands to follow. Founded back in 1970 by Germans Ralf Hutter and Florian Schneider, the band got America’s attention with tracks such as “Trans-Europe Express” and “Tour de France.” They are as comfortable playing their minimalist soundscapes for art fans at NYC’s MoMa and London’s Tate Modern, as they are for cycling groupies in Utrecht at the opening of this year’s Tour de France. This show is a must for EDM fans looking to go to the source. Friday, October 2nd, 8 pm, Electric Factory, 421 N. 7th Street. —Sarah Jordan 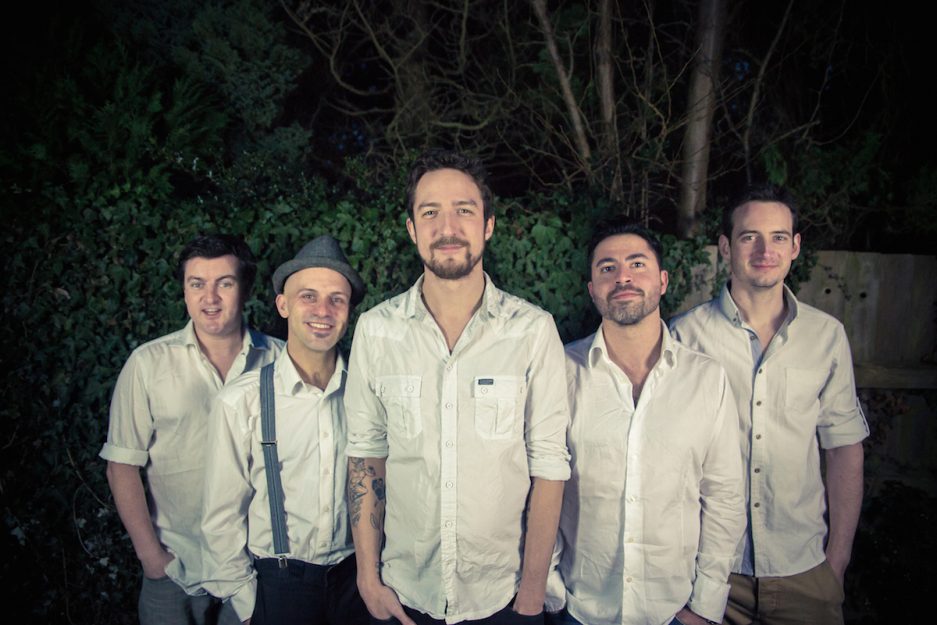 Frank Turner and the Sleeping Souls at the Fillmore 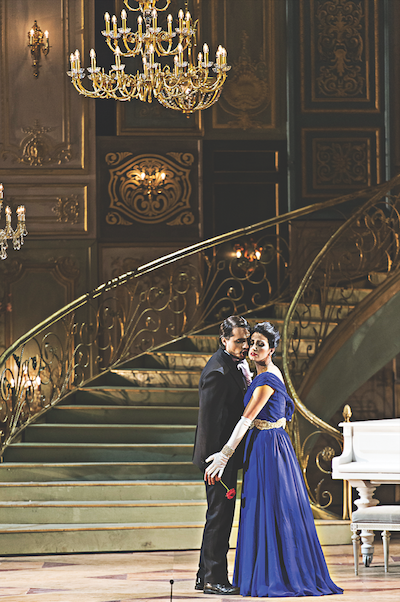 Opera Philadelphia's staging of La Traviata, which is classic Verdi at his best, is playing at the Academy of Music this week and features superstar soprano Lisette Oropesa as Violetta. (Read our interview with her here.) Now through Sunday, October 11th, various times, $29-249, Academy of Music, 260 South Broad Street. —Bryan Buttler 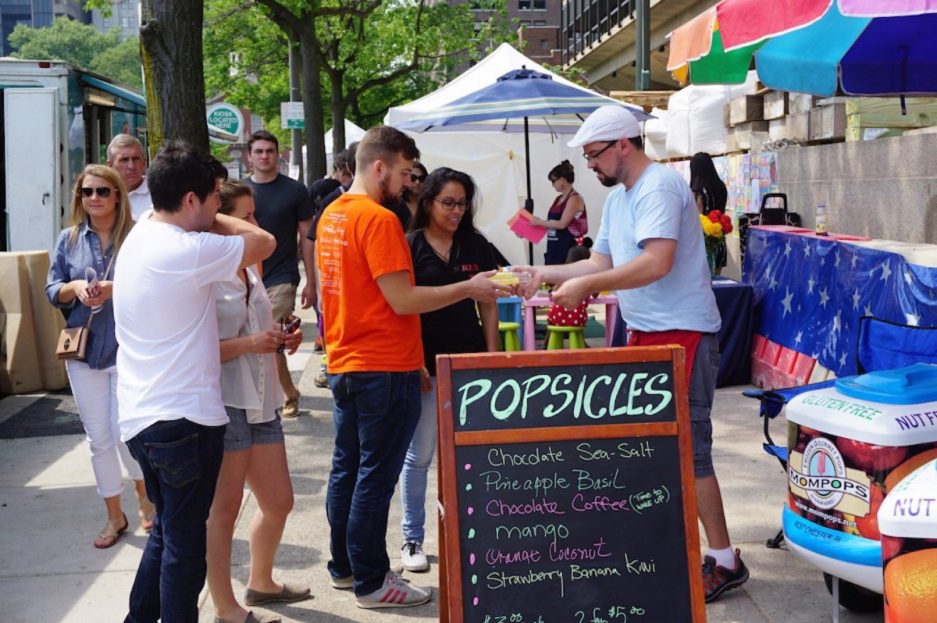 See all-American art, craft and fashion in Philly's Historic District at the CRAFT PHILA shows this weekend, complete with food truck meals and music. Saturday, October 3rd, 10 am-7 pm, and Sunday, October 4th, 10 am-5 pm, free, between 6th to 7th streets between Chestnut and Market streets. 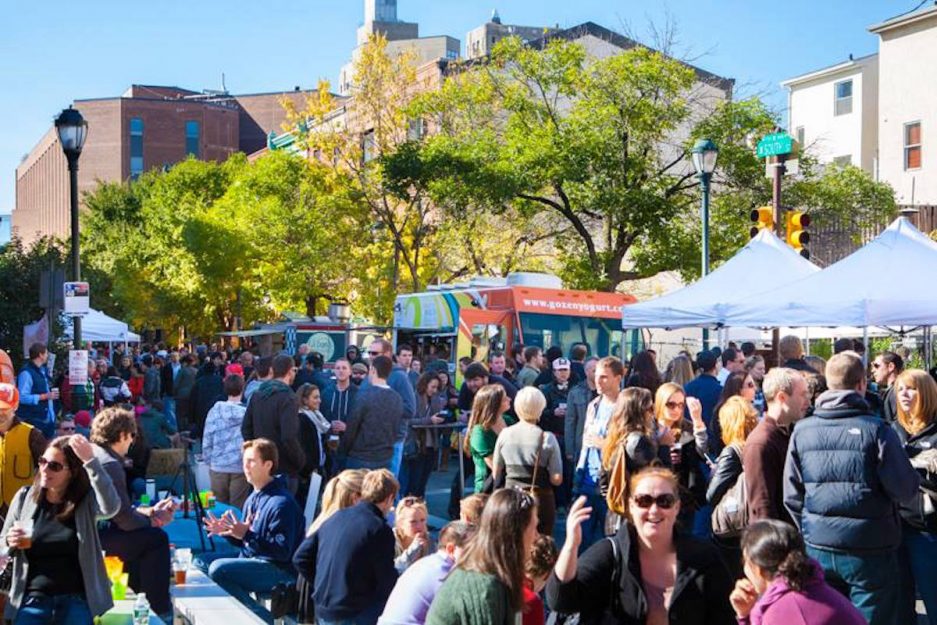 Live music, four blocks of food, and 39 beers on tap (including pumpkin): Bloktoberfest is back. Rain or shine, this year's is sure to have a high turnout. You can purchase beer bracelets online for redeemable drinks at the festival. And you'll feel good about it too, since all proceeds go directly to helping the local community. Saturday, October 3rd, 12 pm, $15-$25, South Street between Broad Street and 18th Street. 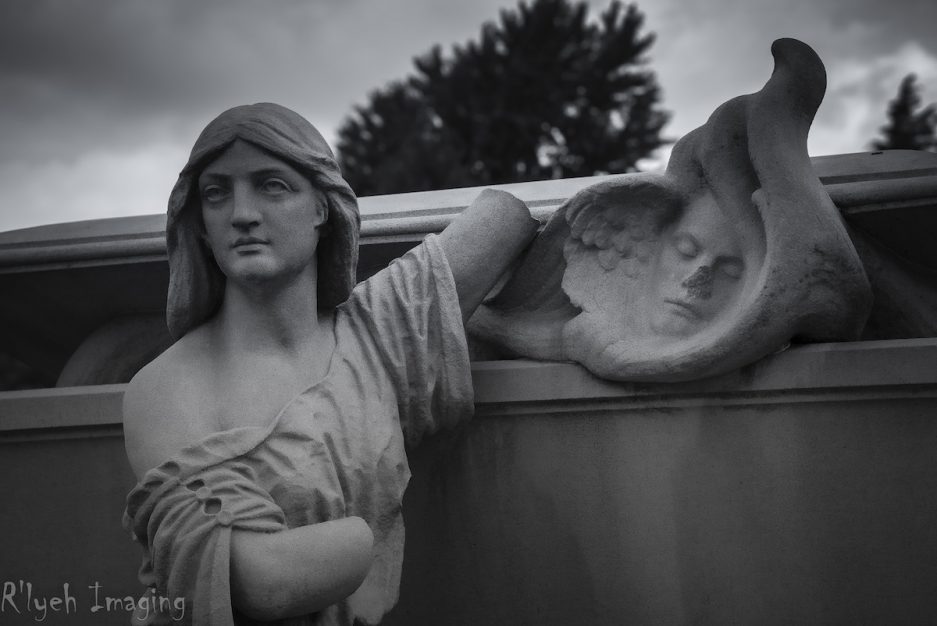 Over My Dead Body: Murder Mystery in Laurel Hill Cemetery

The Mechanical Theatre will present performances of The Gravedigger’s Daughter by Loretta Vasile, based on stories from the Laurel Hill Cemetery. And where better to unfold the story with drinks and refreshments than the spans of the cemetery itself? Horror, suspense and the supernatural are quite alive in this graveyard. Saturday, October 3rd, 7 pm, $35, (rain date: Sunday, October 4th, 7 pm), Laurel Hill Cemetery, 3822 Ridge Avenue. 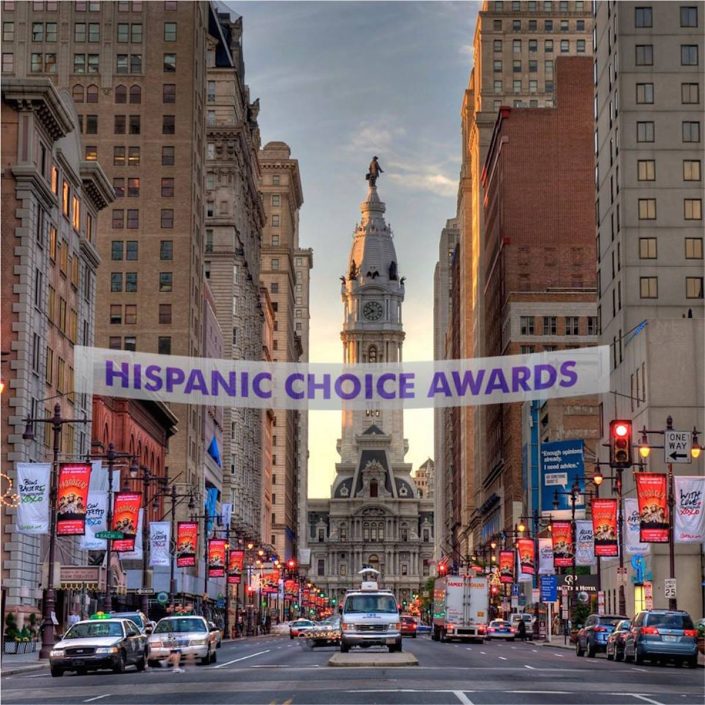 In its 11th year, the Hispanic Choice Awards show will recognize and celebrate Philadelphia Latinos in education, business, artistry and the community. Tickets and VIP passes can also be purchased for access to the red carpet event and reception. Saturday, October 3rd, 7:30 pm, $5-$55, Merriam Theater, 250 South Broad Street. 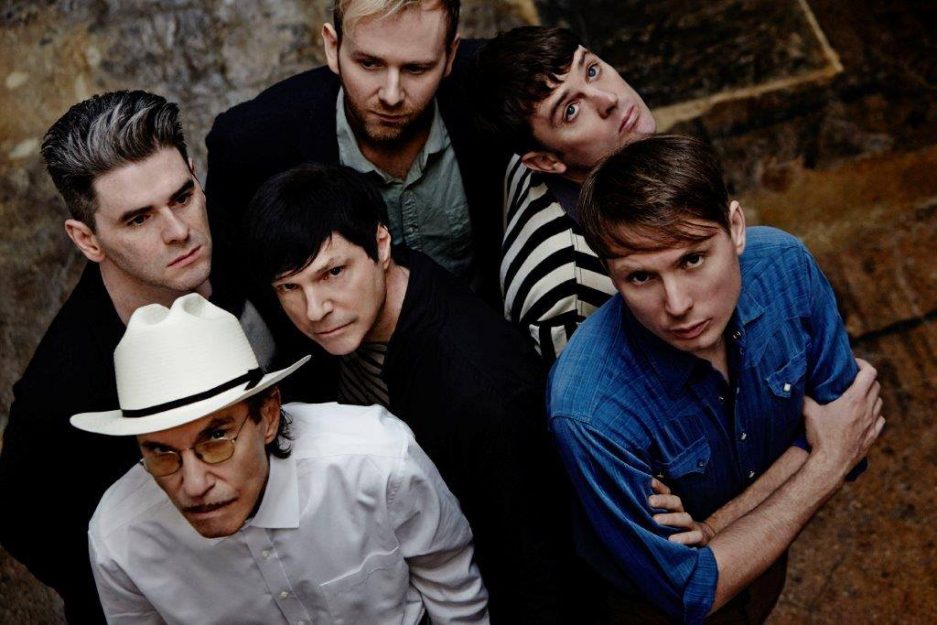 Supergroups don't always work, but when they do, they're something special. Scottish band Franz Ferdinand, known for their smash dance-rock anthems like "Take Me Out" and "No You Girls," has teamed up with their inspirations, the glam Mael brothers of Sparks. The result is FFS, a cross-generational force that manages to capture the quirks of both bands. Listen before you go: "Johnny Delusional." Saturday, October 3rd, 8 pm, The Electric Factory, 421 North 7th Street. 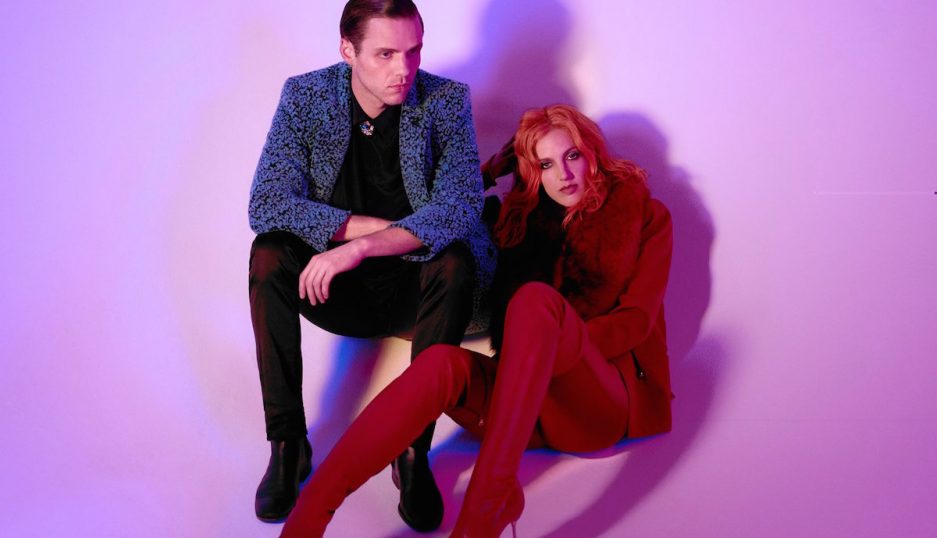 Indie pop duo Ms Mr brought some retro dance vibes in their latest album, How Does It Feel. For this stop of their tour for the sophomore record, they will be joined by U.K. indie band Circa Waves and dream electronica group Crater. A dollar from each ticket also goes to support the Third Wave Fund, a gender activism fund led by young people. Saturday, October 3rd, 8 pm, $26, 1026 Spring Garden Street. 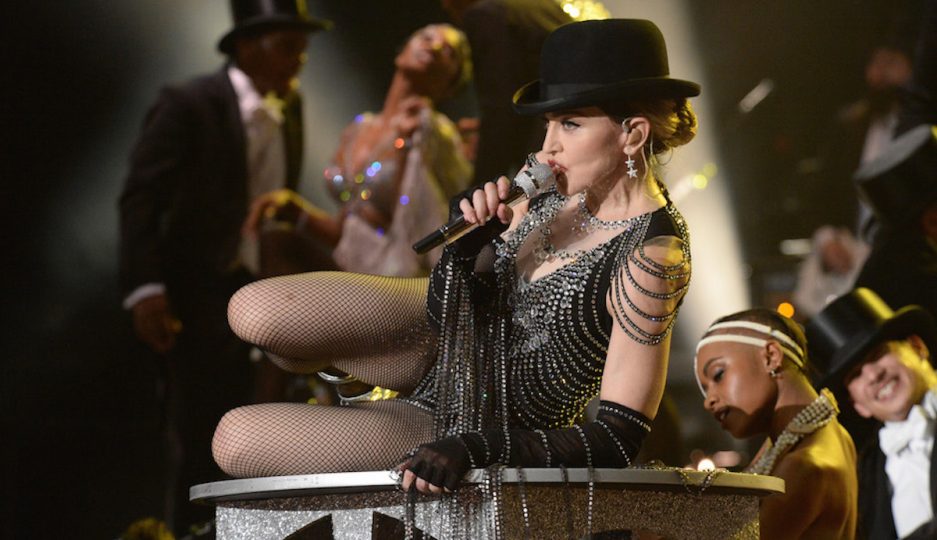 There are artists who you have to see live, at least once. For many, Madonna is one of those people. Miss her when she was in Philly last week? She's back! The pop icon and queen of making statements pulls no punches on her Rebel Heart tour, defining what it means to be a true performer. Saturday, October 3rd, 8 pm, $50.50-$357, Boardwalk Hall, 2301 Boardwalk, Atlantic City. 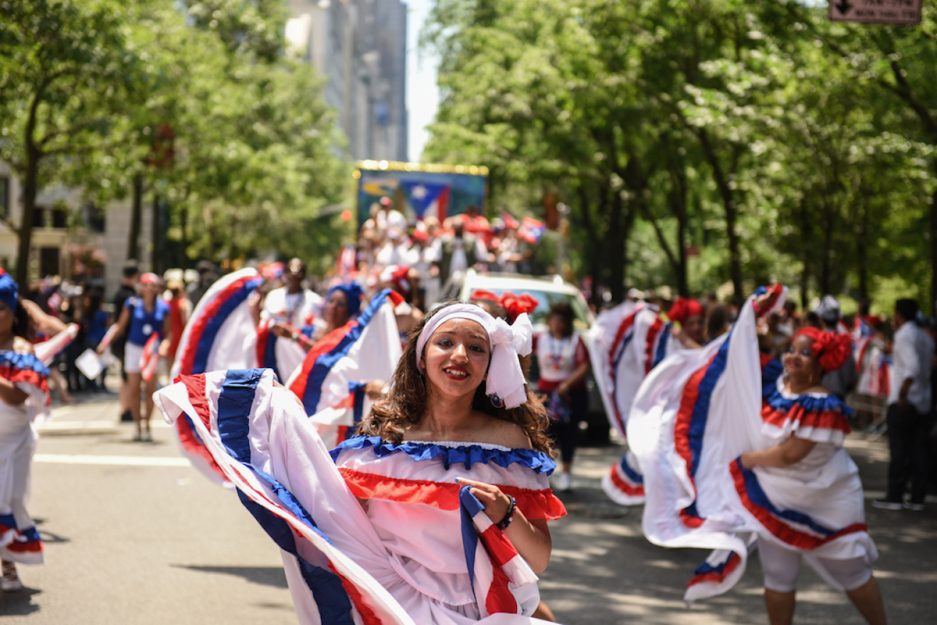 While the event was set back some by the Papal visit, the Puerto Rican Day Parade will take off this weekend. This is the highlight of the Puerto Rican Festival in its celebration of pride and community. (As of publish time, this event is still on. Follow #PRDP2015 on Twitter for real-time updates.) Sunday October 4th, 10 am, free, 16th Street and Benjamin Franklin Parkway. 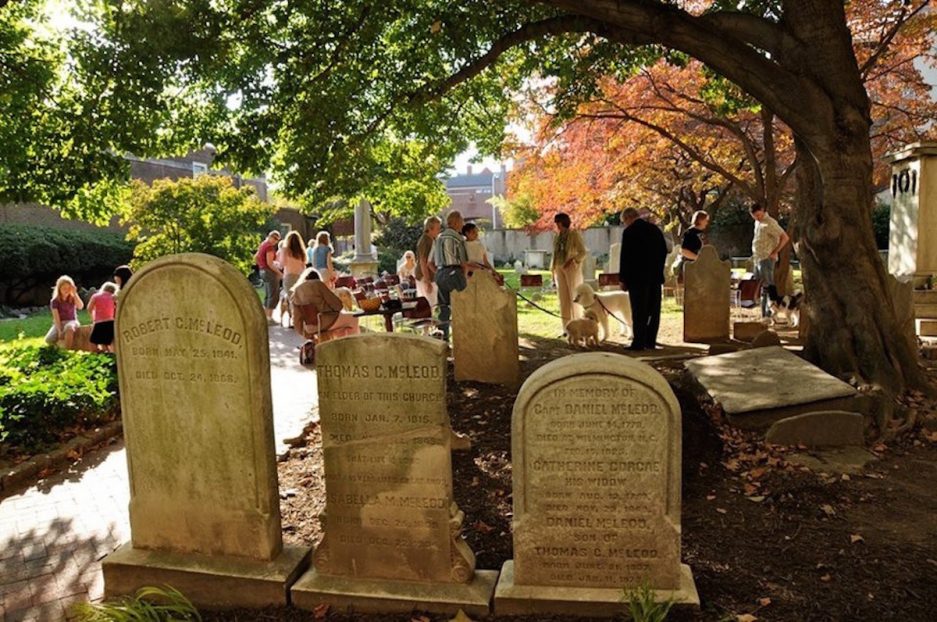 In honor of Death Salon's arrival at the Mütter Museum next week, the Obscura Society Philly is offering a walking tour of three of Philadelphia's historical cemeteries. See the resting grounds of the people that helped build our nation's history. Sunday, October 4th, 12 pm, $35, St. Peter's Episcopal Church, 313 Pine Street. 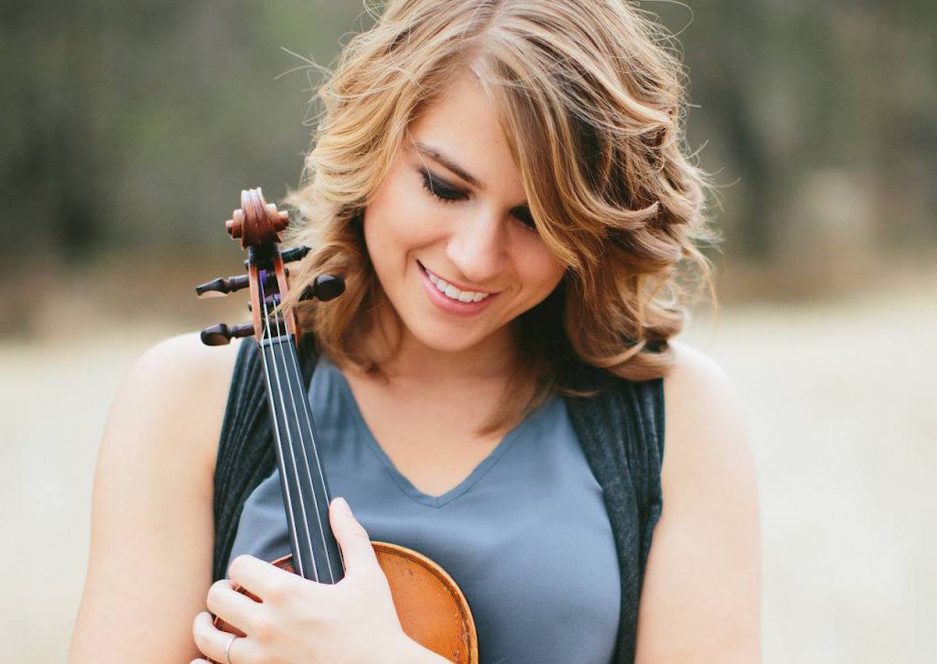 Taylor Davis is an example of talent making it big through the digital channels of YouTube. The violinist has created renditions of music from well-known video games, anime and film. Her new tour will support her first original album of music after having landed on the Billboard Classical charts with her own personal style. Listen before you go: "Nebulous." Sunday, October 4th, 8 pm, World Cafe Live, 3025 Walnut Street.