Baltimore in a Bottle: 8 Ways to Experience the City’s Craft Beer Scene 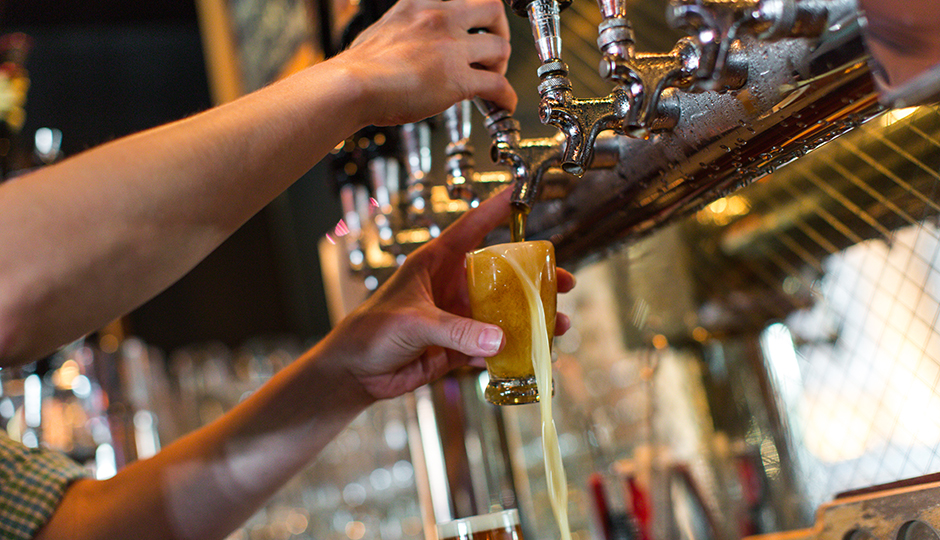 Baltimore has been a beer guzzling town since flag maker Mary Pickersgill sewed the stars and stripes on the floor of a local brewery in 1812. Since the first German immigrants set up elaborate breweries and leafy beer gardens, Baltimore has embraced its proud history of local brewing. Today, the city’s craft beer scene is thriving with unique offerings at breweries big and small, tap houses and sports bars. To kick-start your keg-by-keg city tour, be sure to visit Baltimore Beer Week this October—and stop into a few local breweries and beer bars, while you’re at it.

Baltimore Beer Week celebrates the city’s brewing legacy with beer-focused events throughout the city. The massive Das Best Oktoberfest annual celebration at M&T Bank Stadium parking lots on October 14 kicks off the festivities with lederhosen and more than 150 international, domestic and local beers, plus wines and schnapps. Check out other events, like Tap Takeovers, a Beer Legends Hall of Fame induction, Battles of the Brews and more during Baltimore Beer Week.

City Brew Tours Baltimore is the only tour company in Maryland that offers daily brewery tours to Baltimore’s top breweries, brewpubs and beer bars. Pace yourself: The five-hour tours include tastings of up to 15 different craft beers, a beer pairing lunch or dinner, VIP visits to three to four breweries and round-trip transportation from downtown Baltimore.

Taste Baltimore One Pint at a Time

Union Craft Brewing has quickly grown into one of Baltimore’s top beer darlings, not just for its delicious offerings but for its community-mindedness. You can see live shows, festivals and themed events at the Woodberry neighborhood brewery.

The pirate-themed beers by Heavy Seas have become a staple on taps around the city (and well beyond). The brewery gives free tours on Saturdays and Sundays with hefty samples and a glass available for only $5. (A real steal, as is the pirate way.)

Visit the Mount Vernon cultural district and stop at Brew House No. 16, a historic century-old firehouse-turned-restaurant, to enjoy one of the house-brewed beers paired with traditional and contemporary pub fare.

The Brewer’s Art is an upscale brewpub set in a grand Mount Vernon townhouse where you can try any of the six house-made Belgian-style beers on tap. Take your pint in the elegant upstairs lounge or catacomb-like basement bar.

Pratt Street Ale House serves up beer from one of Baltimore’s oldest and longest-running breweries, Oliver Brewery. This English-style brewpub offers a range of beer styles, including blonde, bitter and brown ales.

While Max’s Taphouse doesn’t brew its own beer, the stalwart drinkery features 140 rotating drafts, five hand-pumped cask ales and an international collection of some 1,200 bottled beers in stock. You can drink in the beer with a side of sports on any of the Taphouse’s 18 TVs.