The Weekly Five: Can the Eagles’ Playoff Hopes Survive? Is New England Headed for a Fall? 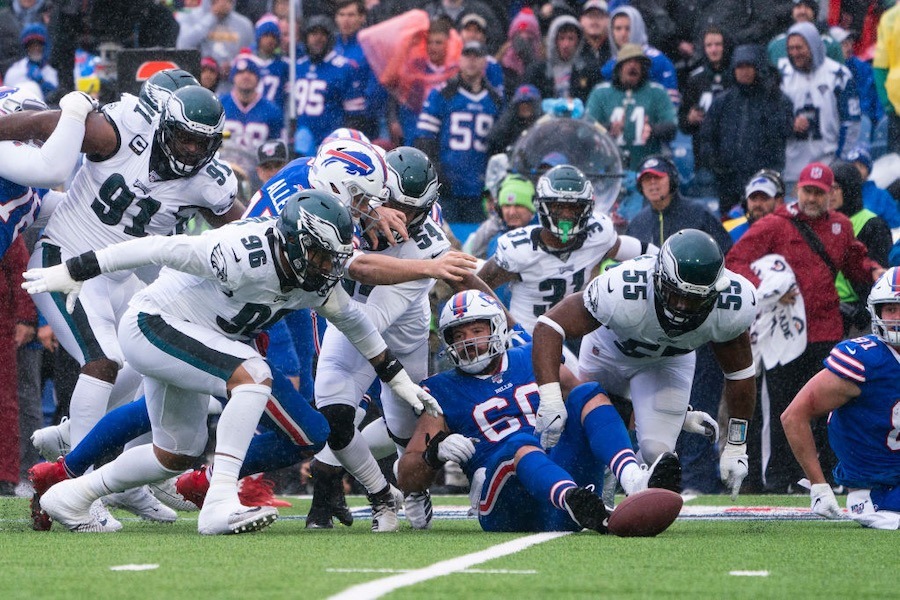 Dustin Gouker is a long-time sports writer and editor who now covers the sports betting and gambling industries. He’s also originally from Pennsylvania and a lifelong Eagles fan. Every week through Super Bowl LIV, he’ll offer insight into upcoming news and trends regarding football betting related to the Eagles and around the NFL.

The best chance for the Eagles to reach the playoffs right now is to win the NFC East, as there are a lot of teams in the mix for the two Wild Card spots. But in the division, they likely just have to deal with the Dallas Cowboys. However, the Eagles have already lost once to Dallas, so they’ll want the Cowboys to lose as much as possible before they visit Philly later this season. For now, Philly will hope that the New York Giants can get the job done when they host Dallas on Monday Night Football. A Dallas loss and an Eagles win would mean the teams are tied at 5-4, which makes the path to the postseason look clearer for Philly.

What should you watch for in this week’s Eagles game?

Every game is just about a must-win for the Eagles, who are sitting at 4-4, and that’s true of this week’s game against the Chicago Bears. The biggest story to watch is the return of DeSean Jackson. After posting a huge Week 1 against the Washington Redskins, Jackson has been out with an abdominal injury since Week 2. The Eagles have lacked a vertical threat in Jackson’s absence, and the hope is his return will spark Carson Wentz and the passing game. The Eagles are currently five-point favorites in the home game at most PA sportsbooks; updated odds here.

The favorite to win the Super Bowl, is, of course, the unbeaten New England Patriots, who are around +225 to +250 to win the title at PA sportsbooks. Those odds mean you bet $100 to win $225 or $250. Right now, the Patriots look like an unstoppable force. If you are looking for interesting longer shots, however, I would look at the San Francisco 49ers at +850 and the Kansas City Chiefs at +1400. San Fransisco is unbeaten as well, but bettors and sportsbooks alike are not quite convinced they are for real. The Chiefs are without injured quarterback Patrick Mahomes; if the Chiefs get into the playoffs with their star back, they could certainly. Here are the latest Super Bowl odds.

Luckily for the Eagles, the Bears are probably at their lowest point of the season. They are coming off a 17-16 loss to the Los Angeles Chargers, and have lost their past three games. Quarterback Mitchell Trubisky started the season as a trendy pick for analysts and bettors as the NFL MVP. Now, there’s at least talk of replacing him with journeyman Chase Daniel, which is quite a fall just seven games into the season. The Bears need a win against the Eagles to salvage their season; making the playoffs after a 3-5 start would be a tall order.

What is likely to be the closest game for NFL Week 9?

The New England Patriots take on the Baltimore Ravens on Sunday Night Football in one of the best games of the week. The Patriots, despite being on the road, are 3.5-point favorites. It’s an interesting spot for the Ravens, trying to solidify their position among the AFC’s favorites. They’re 5-2 and they’ve won three in a row to take the top spot in the AFC North. However, their only truly good win was at the Seattle Seahawks two weeks ago. Baltimore is also coming off a bye, meaning they’ve had extra time to get ready for the Patriots’ vaunted defense. Quarterback Lamar Jackson is in the middle of a breakout season, and handing New England its first loss would be a signature moment for him and the Ravens.